day 2 of our general conference weekend sewing, i did some community service sewing whilst listening to the prophets. it seemed fitting. i have a pile of "mama, please fix this" jobs that i normally delegate to my mother, the original sewer-upper. i decided to take on some myself instead. 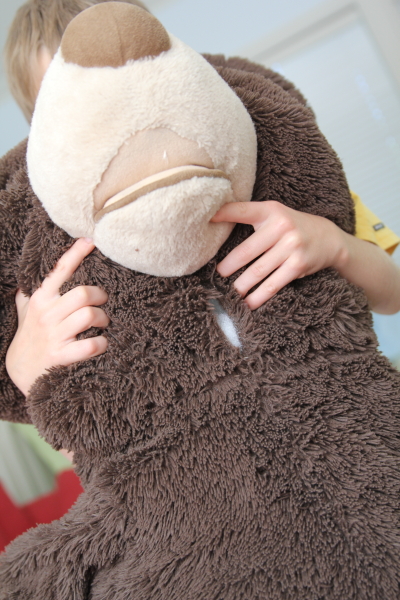 first up, there were some gaping wounds to be healed. i don't have a fancy method for this, i just pick a generally matching thread, double up, knot it, and start whip stitching. at least that's what i think it's called. it feels like i'm whipping through it. 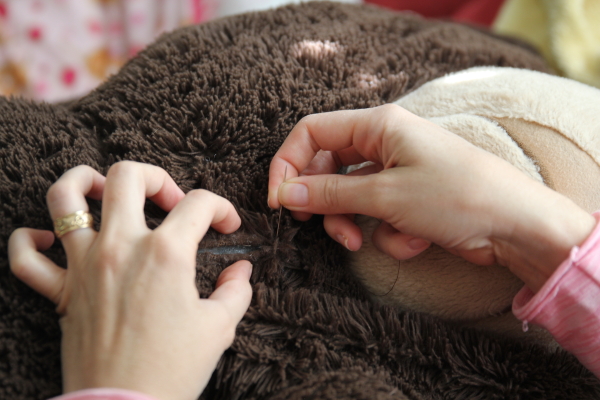 i just go round and round through the two sides til it looks like there is a satin stitch over the whole area because i keep the stitch that close. this is most definitely not how my uncle ray, the vet i worked for in college, dealt with his patients, but these stitches are meant to be permanent rather than removed. btw, i can remove real stitches, too, if you have a need. i did pick up one or two skills working in a veterinary office for 4 years even if i dislike working in the medical field and really am not much on pets. 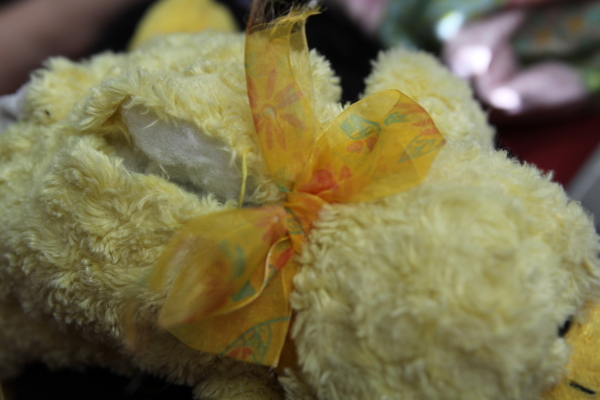 after yogee the bear came little ducky, who had her back wide open. this is an especially vital fix since little ducky was given to daughter#4 by my mother to show her how tiny she was at birth. little ducky is the same size d#4, my littlest at 4 lb, 14 oz, appeared at birth. 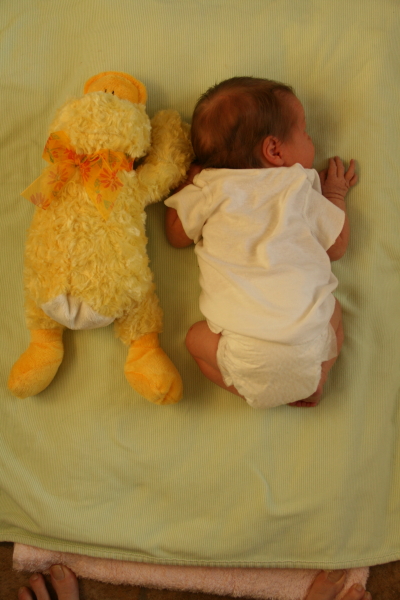 see, if you don't count d#4's tadpole legs, they are the same size. oh, she was sweet! mommies don't have favorites, but some they enjoy more than others at certain stages. my angel.

back to the present. there may have been more patients in need of assistance, but i quit photographing after two. enough documented. 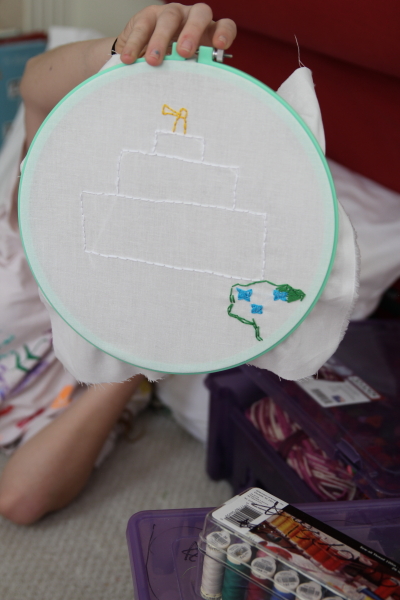 my oldest daughter did a free-styled embroidery of a temple while she listened. it's not any one temple in particular, but it has the layered look that some of them do and an angel moroni on the top, so it counts. it also reminds me of a wedding cake. i love all their efforts, especially those purely out of their own imaginations.
in between sessions i managed to baste up "romance in the garden." and make my nephew cry. while i was basting in the main hallway (all that tile makes for the perfect spot), he ran from the back door to the front. right across my quilt! i called out in surprise, stopped him, and kindly (i thought) explained that he'd just stepped on something i was making. he continued on his way to grandma's house next door. (my in-laws are our neighbors. how's that? it works mostly great, thanks for asking.) about 30 minutes later grandpa and said cousin returned with cousin in tears. oops. i really thought i'd been gentle in my straightforwardness, but he's a sensitive 8 year old soul and i'd stomped his feelings more than he'd stomped my quilt. we made up and all was well. 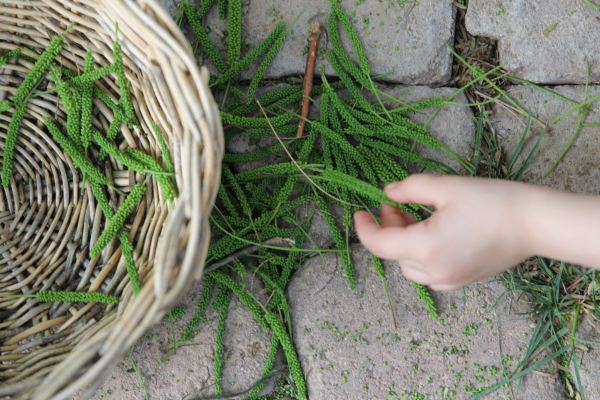 after we were all spiritually full and the sewing was done, we played with cousins in the glorious spring weather gracing our backyard. the girls spent hours carefully collecting the blossoms that fall from the mesquite tree. they thought the blossoms were seeds and could be used to plant more magnificent trees. i didn't disillusion them since they were so pleasantly occupied. 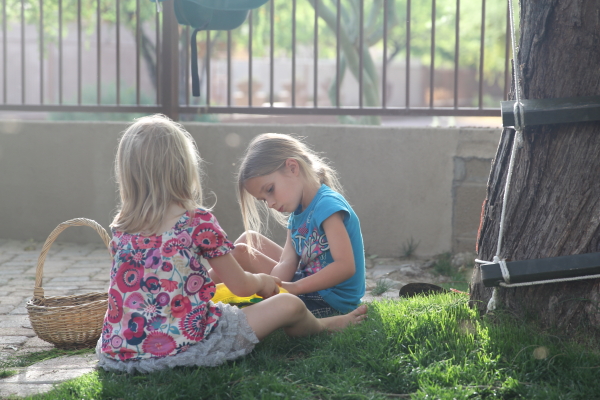 only 6 more months until the next general conference session when we'll get to have another weekend of spirituality and sewing at home. hopefully, some cousins to play with, too.
happy Sabbath, all!
Posted by hydeeannsews at 12:07 AM