rubix star quilt, a finish, and some snow 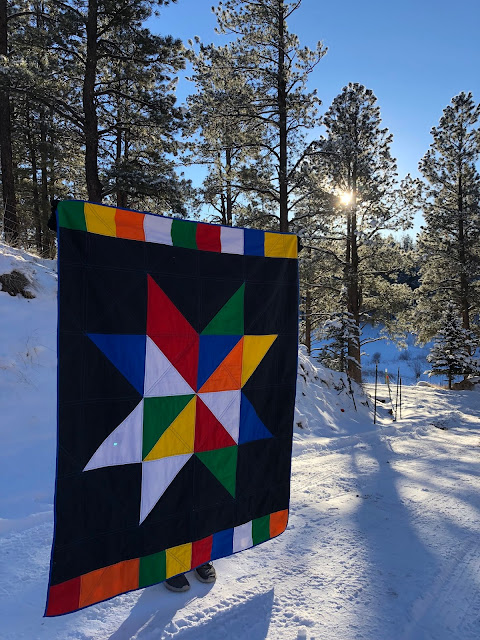 rubix star, my third stella grande quilt that i gave to my children for christmas 2017 is now complete, as of christmas holidays 2018. it's funny how it took me waaaay longer to quilt and bind them all than it took me to make the tops and assemble the quilt sandwiches in time for christmas gifting. there was just too much going on this year for it to be otherwise. only four more to go.

this quilt goes to my older son, second child, a new adult (18!) and college freshman/junior in biochemical engineering this year. (yes, you can be freshman and a junior all at once if you go to community college for 64 credits as a homeschooler and have to count it as concurrent enrollment at the university.) 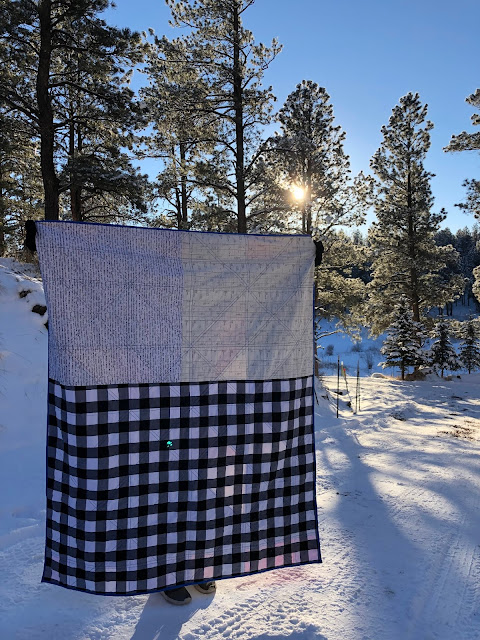 this kid of mine has always been brainy in math and science, which is why i picked the two text prints that back this quilt. the black and white carolina gingham was to keep with the black and white theme on the back and because it's cubes. (you can see the fabrics closer in subsequent photos.) 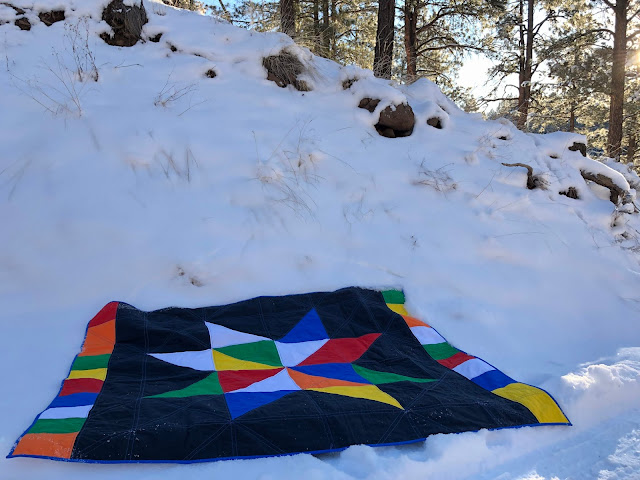 my son is one of those brilliant people who can solve a rubix cube in a matter of minutes, therefore the quilt top is an allusion to the rubix cube in my stella grande giant sawtooth star format. it's supposed to look like the rubix puzzle is in process of being unscrambled. having only one orange hst in the star was an accident on my part, but i think it goes with the concept of the mixed-up rubix quite well.

for the border on this stella grande variation, i chose 6" squares to, of course, resemble the cubes of the rubix puzzle. color placement is random, with a few spots where two of the same color cubes meet up, as if the puzzle is being solved. 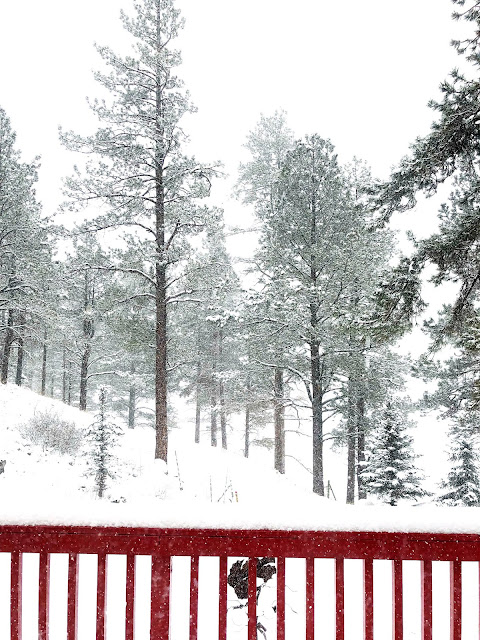 i got the quilt binding machine-attached to the quilt body just in time to take it with us to our mountain cabin for the winter break. we got dumped on with snow just enough to look amazing yet not be too dangerous, and to make it perfect to sit inside under a quilt. 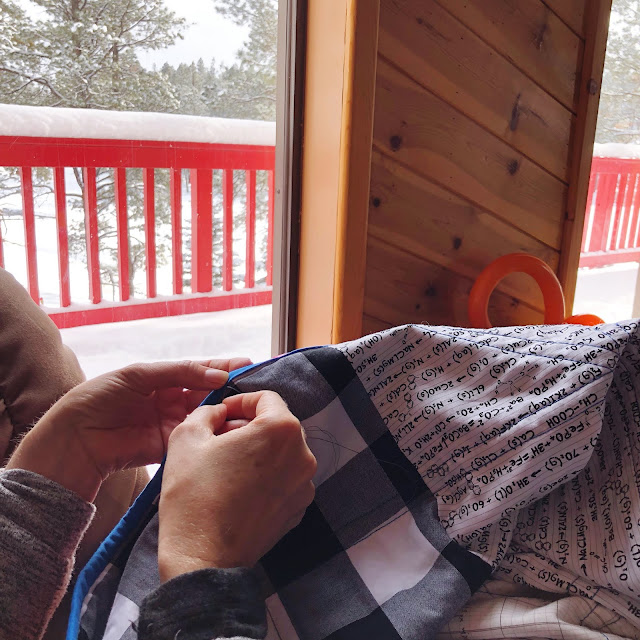 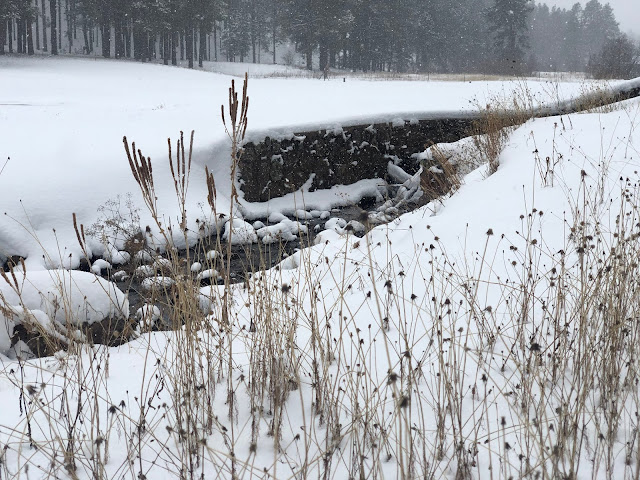 i did venture outside a time or two to track down children and to take some photos. it was simply breathtaking out there! i know people live in snow all the time, to the point of being sick of it. we get to enjoy it for a week or two each year, just long enough to relish it and then leave. 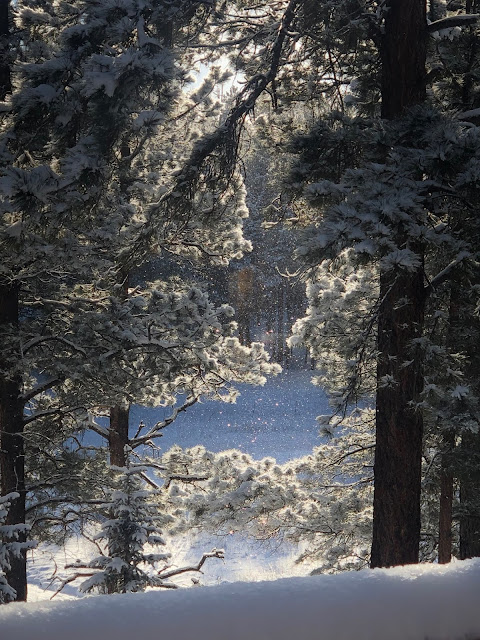 have you ever seen snow look like glitter when it comes down? one morning the conditions were just right and it looked like a glitter shower was going on in the meadow across from our cabin. all those white flakes you can see were sparkling, shiny and shimmery, but the photos don't capture the glitter effect. 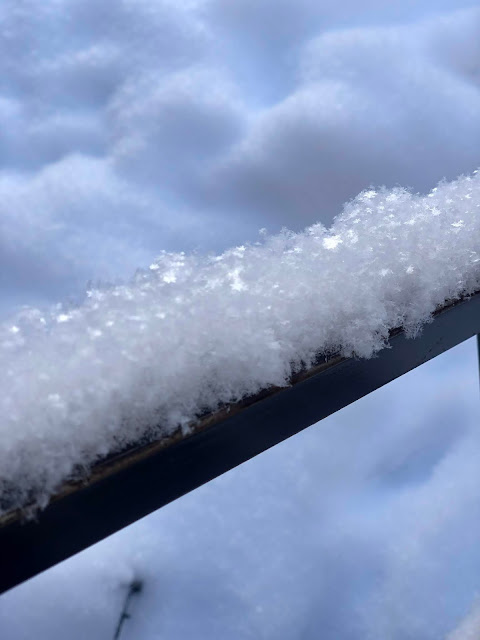 they did, however, capture the huge snowflakes that were already in place that morning. i've never seen them so large that you can actually discern the individual crystals with the naked eye! 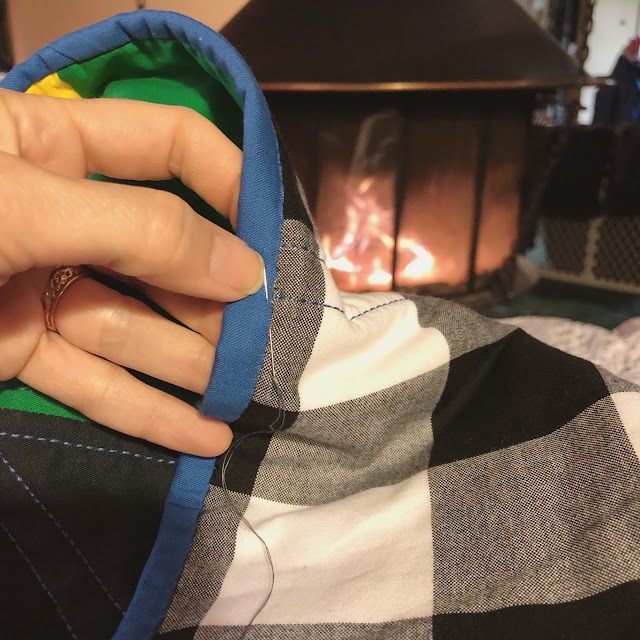 but back to the quilt.

i finished off the binding late on the last evening of our trip, cozied up in front of our unique hanging fireplace. it's on the list of things to update in the cabin, but that won't be for quite a while. in the meantime, it's certainly warm and cheery even if it's funky looking. 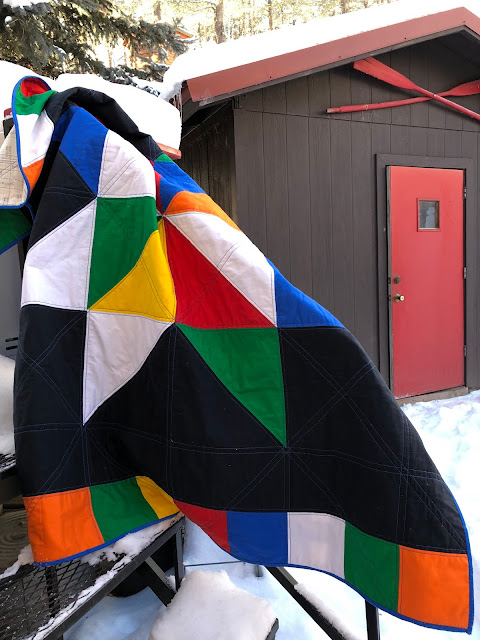 i had big plans for a photo shoot in all the fresh powder everywhere on the morning before we left, but since it was hovering just above 0*f, that did not happen. it was going to look so good with the red railings on the cabin porches. didn't happen. i did get one questionable photo with red doors and roof of the shed in the background before my son was ready to hold the quilt and we had to move on. 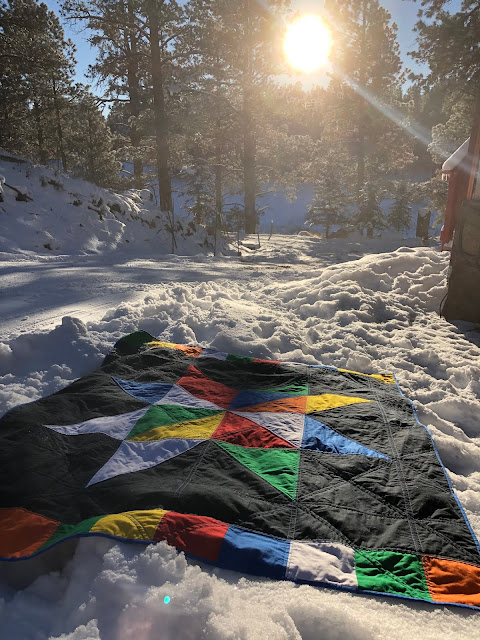 my son and i managed a couple of snaps before we and the quilt froze into ice cubes and then got on our way home.

i guess you could have called us a couple of rubix ice cubes.