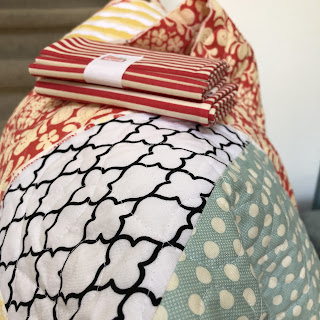 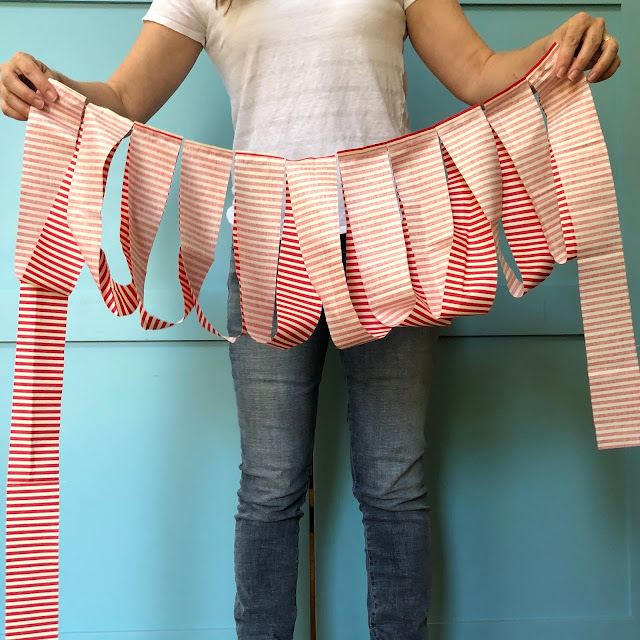 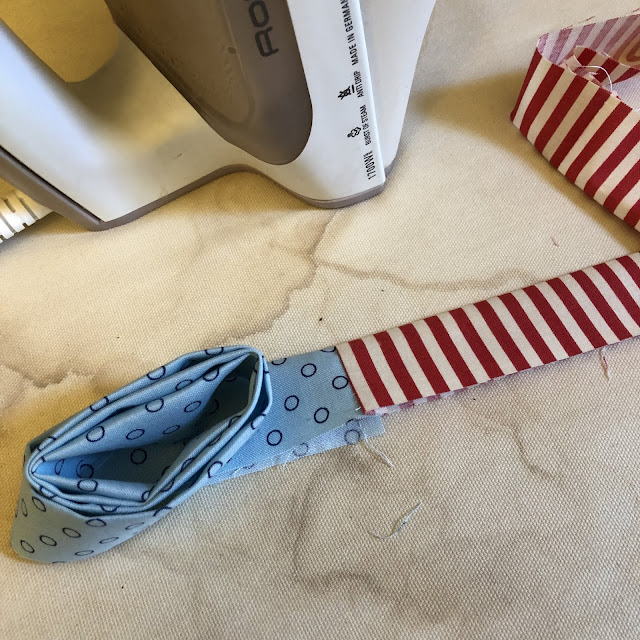 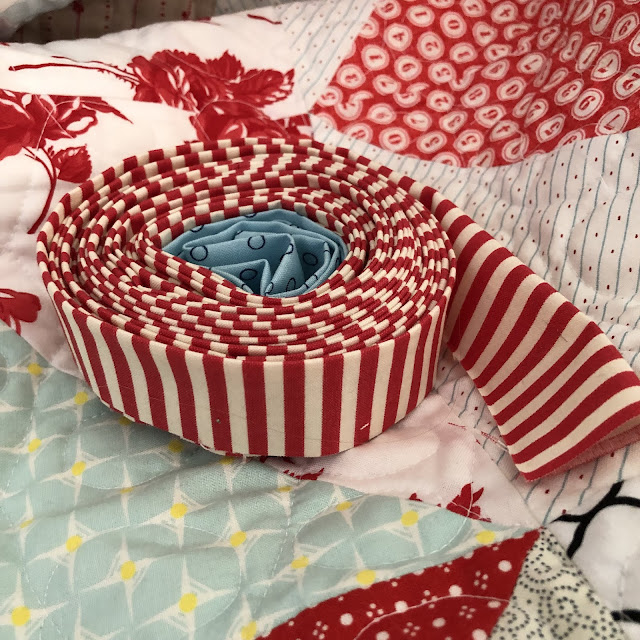 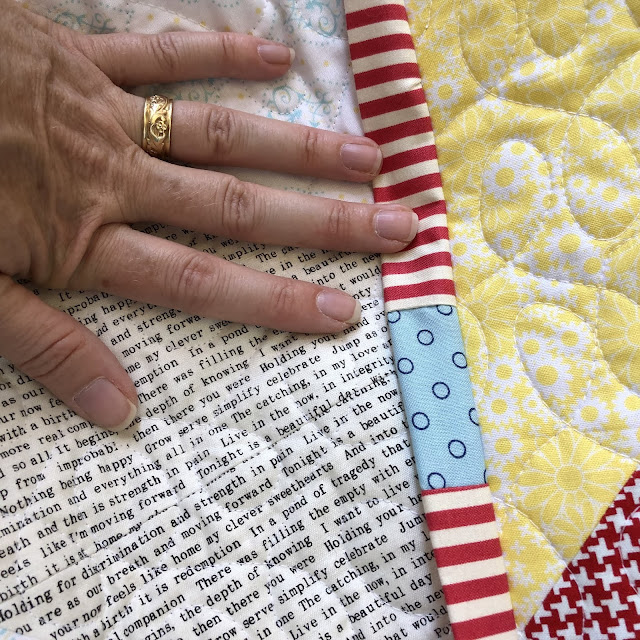 pink and navy and an improv question 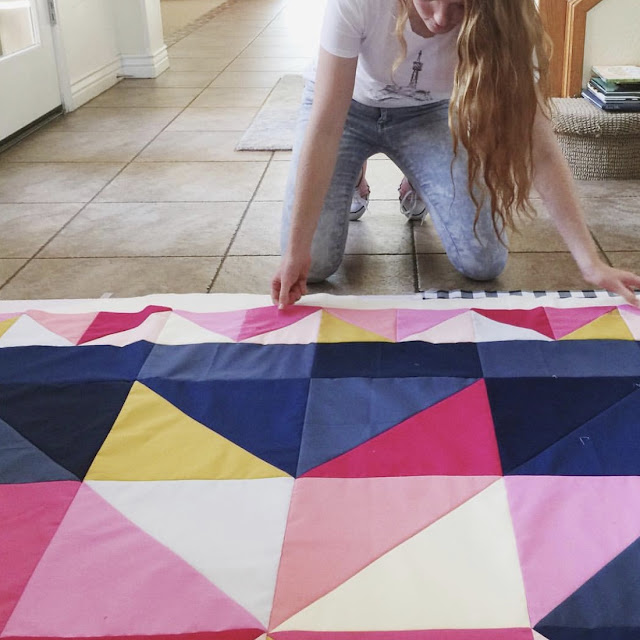 Do you remember this Stella Grande quilt I pieced and sandwiched two years ago? Unfortunately, it’s still in the “to be quilted” queue. But even though it’s not complete, it already has a baby! Projects beget projects in my world. Originally, I tried working this gold pinstriped fabric into the hsts of the border, but I didn’t like the way it looked. 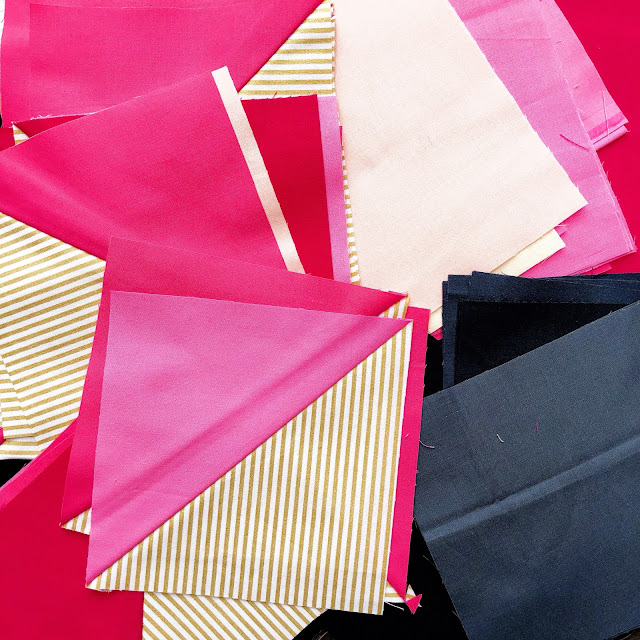 So I had a whole bunch of hsts leftover after I made the quilt. And several 6.5” solid colored squares, too. I was going to simply alternate the solid squares with the hsts and make a nice, structured baby quilt out of the culled pieces and leftovers. 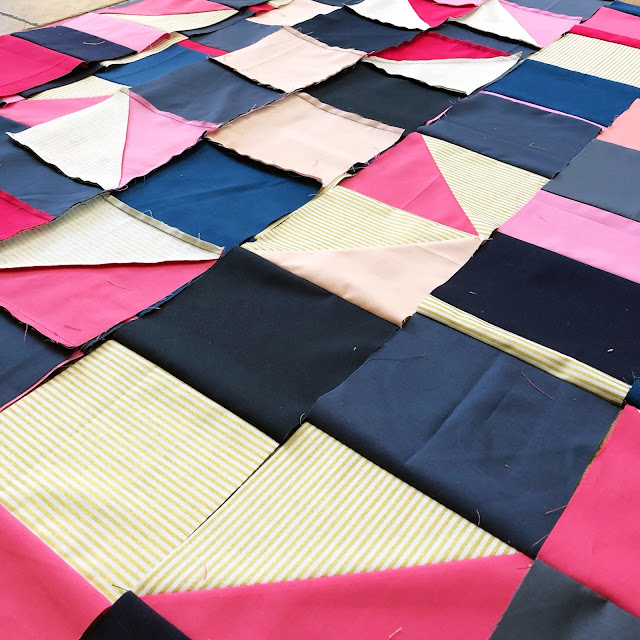 But . . .
On a whim I decided to make a larger quilt by incorporating other pieces of scraps from the original Guys and Dolls quilt, placing them in rows, piecing in an improv fashion.

At t first I wasn’t sure if the hsts would work in an improv setting. I don’t know why, maybe because I feel like improv is wonky or not structured? That can certainly be an element of it, but it isn’t the only way to improv.

Which led me to ponder the question:

How do I define improv?

Does it mean no straight cuts with a ruler? Or does it just mean random placement? Does it have to be wonky?

In the end I think I decided that improv meant making things up as I go. I consider the Cheery quilt to be improv because it follows a basic design idea, but each individual block is made up as I’m creating it. You can plan for improv, but I feel like improv has more to do with making design decisions in the process rather than following a pattern.

I’d love to hear what any readers think about improv, so please let me know in the comments. 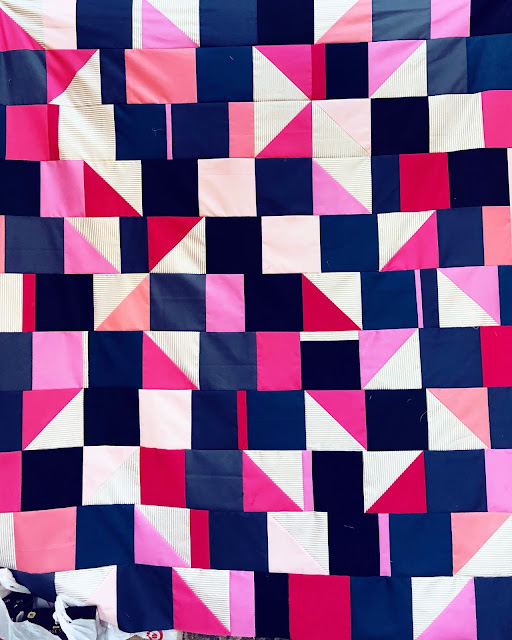 And the answer to my concern:

Yes, hsts can absolutely be part of an improv quilt.

Posted by hydeeannsews at 4:33 PM 2 comments: 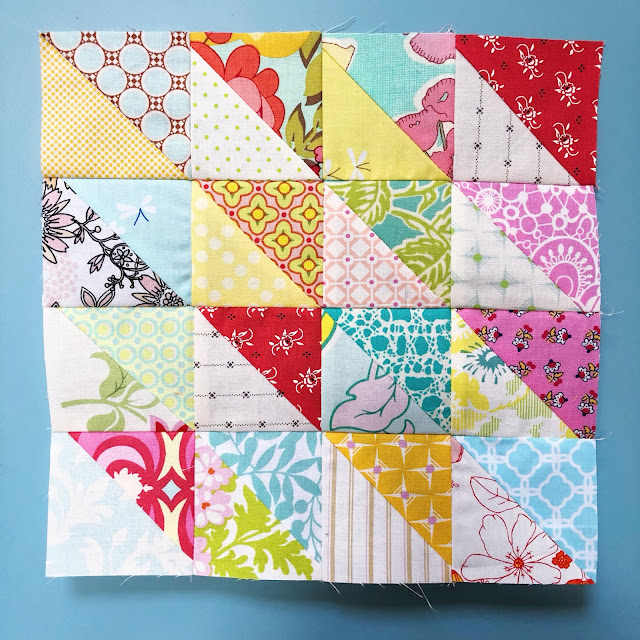 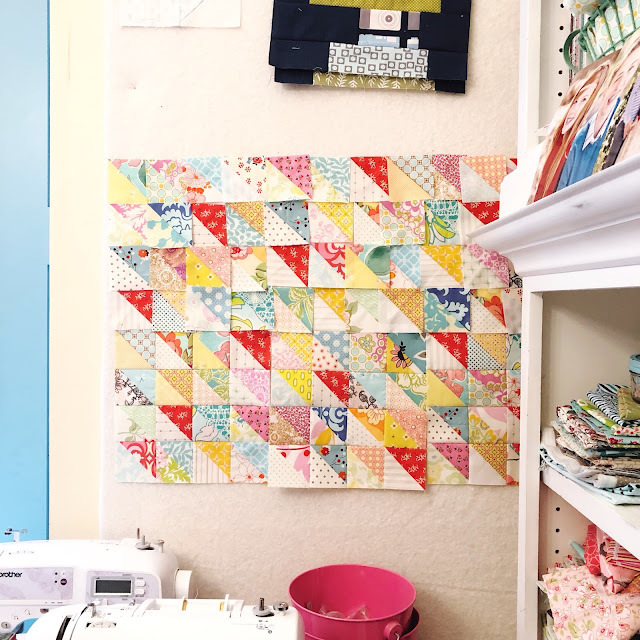