my lovely 2 week staycation has come to an end. i now have many other obligations to keep my occupied for the next month or so. consequently, sewing will slow down tremendously. it was a pleasant period of intense industry of the sewing kind. but it's over. my blogging will probably slow down, too. but in the meantime, there are all the bits i recorded but didn't post yet to keep me going. and maybe i'll get some sewing squeezed in, too.

the other night when i was squaring off "romance in the garden" i came across a small problem. one of the panels was short about 1/4" to 1/2" or so. it was too wide for the binding to comfortably cover. i didn't want to cut down the whole side of the quilt to make up for it, especially since the hst points extended to the edge of the quilt. so i decided to do a small patch. 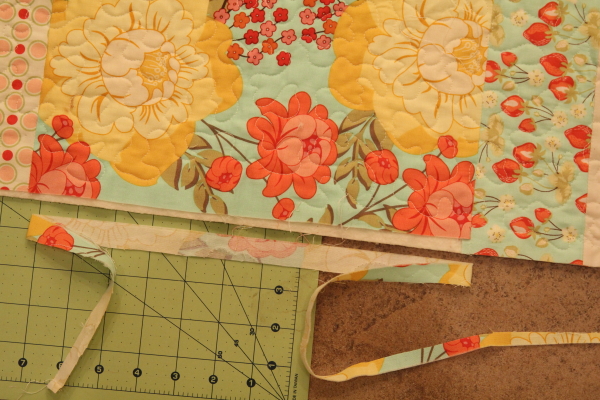 i had a few strings from where i had trimmed other sections. i found one wide enough for a patch.

however, when i sat down with the quilt to sew on the patch, it had disappeared. i could have sworn it was on the quilt (not pinned) when i sat down but in the shifting of the quilt to position it under the needle, the string disappeared. i didn't think much of it until i had looked the entire quilt, the sewing table, and the whole area over a time or two. then i started feeling a bit baffled. where on earth had it gone? i began removing everything from the table, pulling out everything from under the table, searching high and low to no avail. it was just simple gone.

finally, i happened upon the project box for the quilt and found a large scrap of the fabric inside. hallelujah! it must have been quilting providence because the piece was a better size for the patch spot and matched better, too. 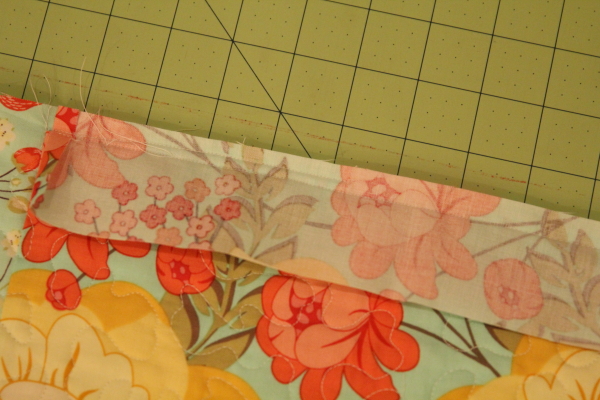 i folded down the edges to hide the raw parts and sewed the patch on. simple. my first estimate of how deep to sew in was insufficient, so i moved over further into the quilt a touch. that did it. no need to unpick the first seam, either, since it would be hidden. 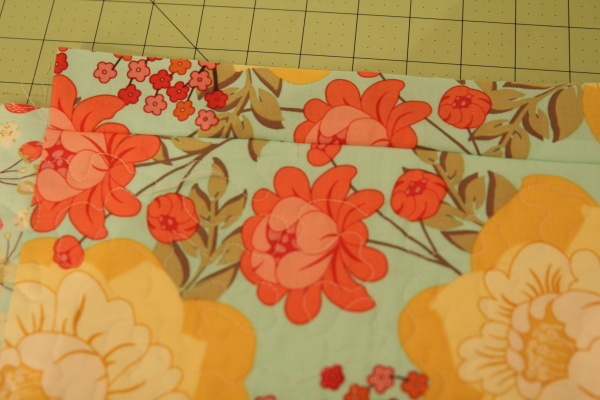 then i pressed the patch outward and trimmed it up to the edge of the quilt. it wasn't a perfect match up of the pattern, by any means, but the colors were the same as opposed to the string i was going to use, which was more of the yellow. it's good enough for me. patch completed. 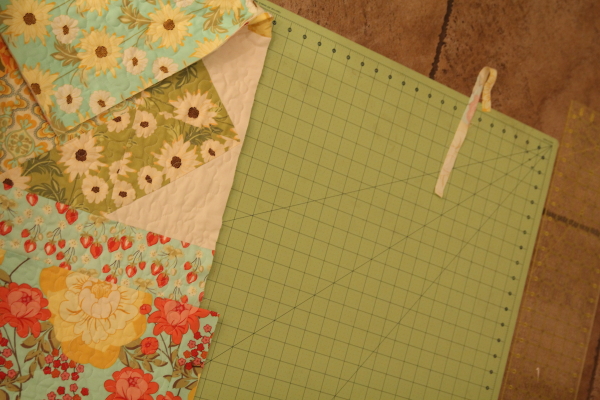 now here's the really crazy part - as soon as i got up from photographing the patch, i looked at the edge of my cutting mat and there was the missing string! it was almost as if my quilting angel was saying to me, "see, i just wanted you to find a better patch than your original idea." apparently the string never left the cutting mat. strange that i didn't notice it when i came back over with the quilt. a quilting mystery, to be sure. 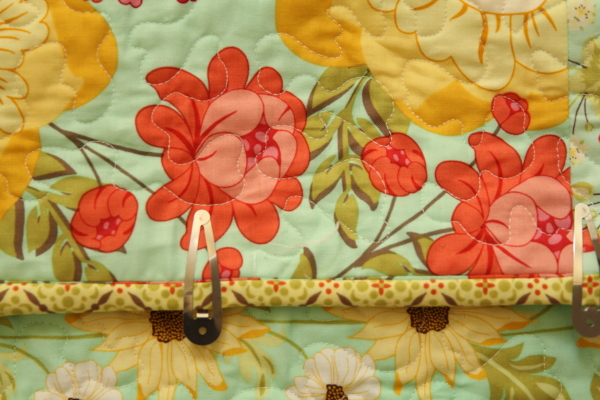 the binding is now on the quilt, being tacked down by hand, and you can see the patch just a tiny little bit. i don't think it's noticeable, which is great. i saved over 1/4" on the quilt and the trouble of trimming an entire side, too. i call that good.

linking in with plum and june's let's get acquainted hosted at quilts in the queue today.
Posted by hydeeannsews at 10:15 AM