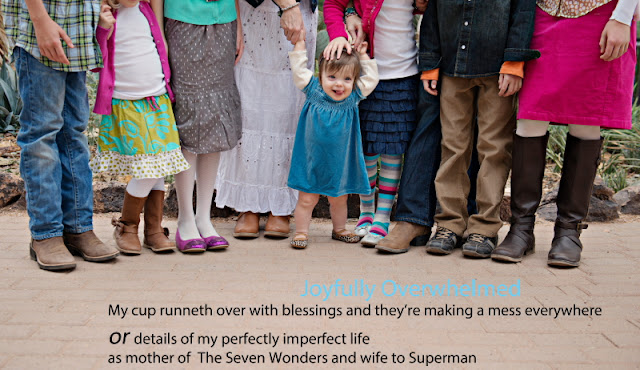 in addition to being a newby sewer, i'm a mother of seven and wife of one. i've been dragging my kids right along side me in this sewing/crafting adventure begun late 2010.

on-line, we guard our children's identities and privacy closely, so although i feature their projects along with my own work, i will not show their sweet faces or use their darling names, as much as i love both. our last name is completely taboo.

also top-secret is our location. let's just say we're blessed to live in the good ole' USA, in one of the hotter regions. naturally, that could be one of several states, some of which i have also lived in during my lifetime.

if we are fortunate enough to know you, pretty please do not reveal or refer to any of this information on this blog.

still, all the paranoia aside, here's a look at the family. 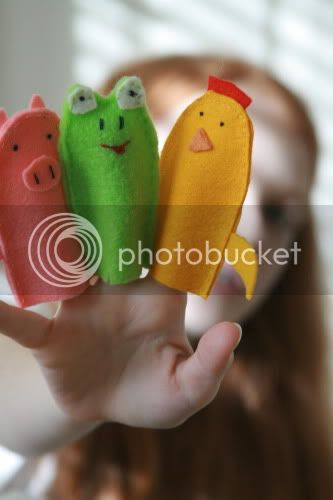 she's crackerjack at felt finger puppets, likes to experiment with softies, has about 5 sewing classes under her belt and is revved for more. really wants to submit some softie work for publication in "stuffed" magazine. likes sewing for her dog. 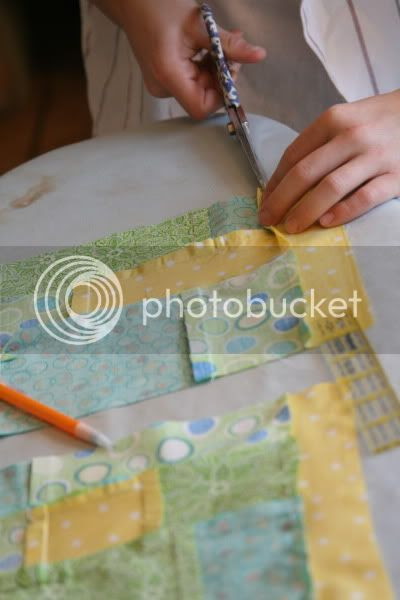 can work my machine, has crazy-big ideas (like the patchwork bags he made his littlest sisters last christmas), and tries a bit of everything. not a committed sewer, but very artistic and always has a creative project of one sort or another going on: baking, paper airplanes, mini weapons, holiday decorations, drawing. 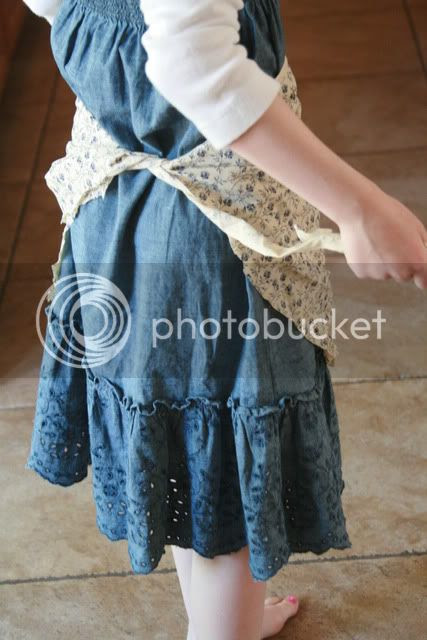 most likely to pick up fabric, shears, and just go for it (like the apron above). but with 5 sewing classes under her belt, she's also learning more standard techniques. she's knocked out improvised blankets, aprons, and doll clothes. been working on a sock monkey sporadically most of this year. dieing to use my machine. i'm just going to get her one for christmas this year so that's not an issue any more. (done!) 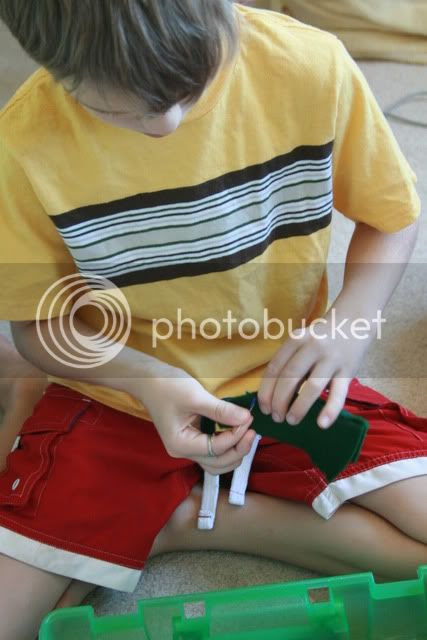 did run the foot pedal on the machine and snip threads while together we made his gifts to his siblings last christmas and especially enjoys pressing fabric with the craft iron. (well, all right, technically he "irons" it, but so do i.) has his own sewing box, needle case, and embroidery thread, but no real shears yet, although he just requested some. has been dabbling in stitching all year by working embroidery floss on hooped burlap. just made his first real, handsewn project: a doll pillow. 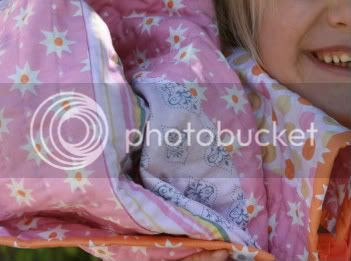 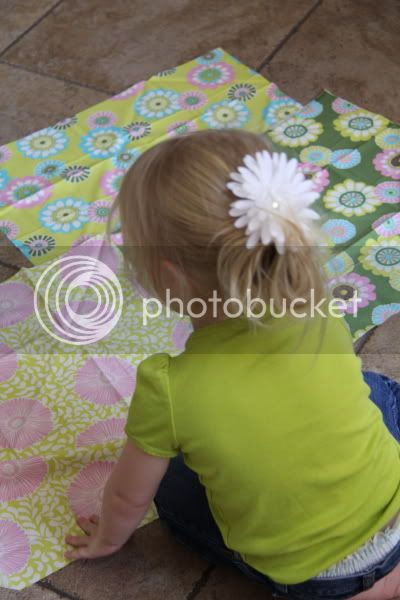 also a professional fabric shopper, specializes in fat quarter selection and hoarding. considers herself prime entertainer when my friends come over to sew. has lately been pretending to sew with various objects and articles. has her own spool of pink all-purpose thread she uses anyway her imagination pleases. after much pestering for the last month or so, just got her own sewing box and hooped burlap for stitching practice. 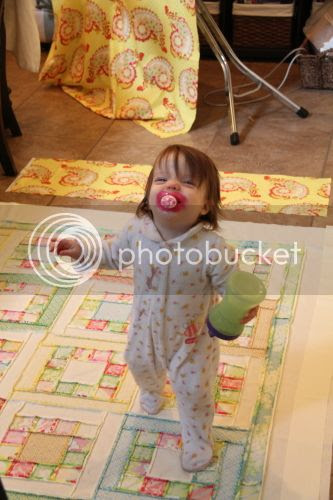 thinks any quilting project on the floor is her personal playmat. seriously, she won't stay off of them. this is a problem for me.
Posted by hydeeannsews at 8:07 PM No comments:

wip and some close-ups on my hands at work 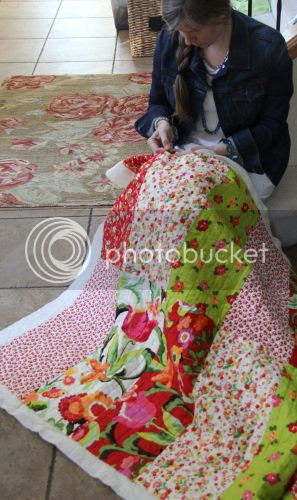 i am this close to being done with daughter #5's baby quilt. i missed her birthday by a few days (or maybe a week), but i can taste victory soon. another 4 rows of hand quilting, squaring off, and the binding and i am done! sunday after church i took a seat at the bottom of the stairs so i could be in the middle of things and steadily sewed with many an interruption, of course.

i had daughter #1 take a few shots of me working away at it. 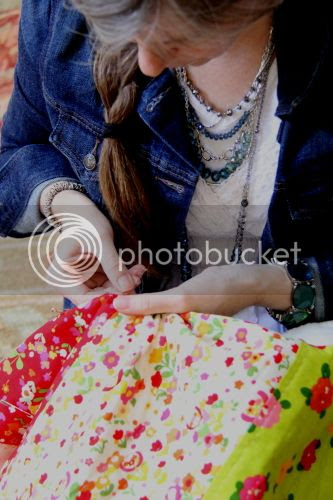 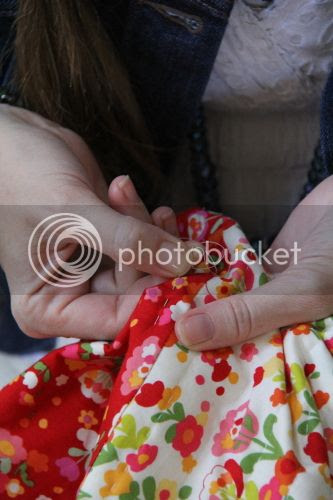 in-out-in-out with the needle, over and over. i can get about 7 stitches on the needle before i pull through. no hoop, no thimble. 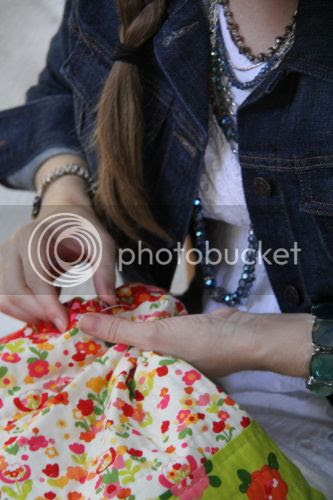 my stitching callus is back so my poor fingers don't get so sore anymore. not that it was ever that bad at all. when i was a girl, i had calluses from all my monkey bar gymnastics. now it's sewing.

i still like these prints and am itching to make another version of "out on a limb" with a jelly roll from this oppsa-daisy collection. i had a moment of horror last week when i realized i never bought any yardage for backing and binding to go with the precuts. fortunately, the quilted castle had it in stock still and on sale, too. perfect. now it's tucked away waiting for me to get around to it.

but as i near completion of this quilt, elizabeth hartman's charm squares baby quilt and my charm pack of pom pom de paris is calling me . . .

definitely torn
Posted by hydeeannsews at 6:55 PM No comments:

Email ThisBlogThis!Share to TwitterShare to FacebookShare to Pinterest
Labels: 6 and 1 half dozen, quilting

just another of my latest batch of 4sqs completed in october 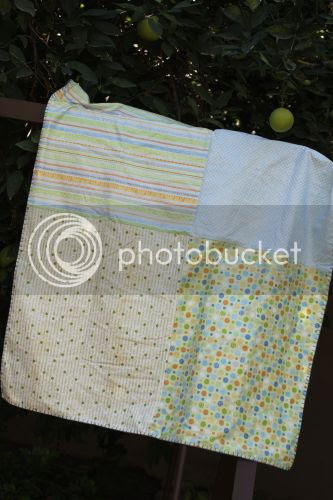 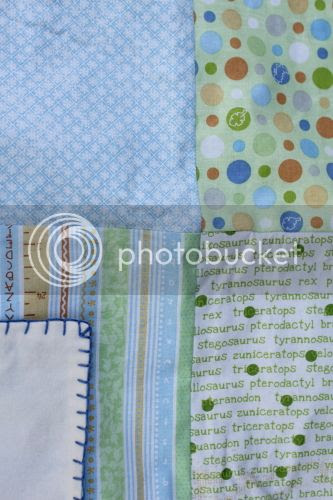 this one's a bit soft and pastel-y compared to what i usually do, but i liked the dinosaur dots. little boy prints are pretty hard to come by. it definitely says "baby". i did work in some contrast with the choice of border color. i used the darkest blue from the dots, a color not repeated in any of the other prints.
i almost don't post these any more except that it's the only thing i've competed lately and i'm using this blog to keep record of the stuff i make. so here it is. i completed it during two soccer games. i've always been a reluctant soccer mom, but if i can bring handwork to do, maybe i won't mind giving up so much of my saturdays after all.
﻿
Posted by hydeeannsews at 10:15 PM No comments: