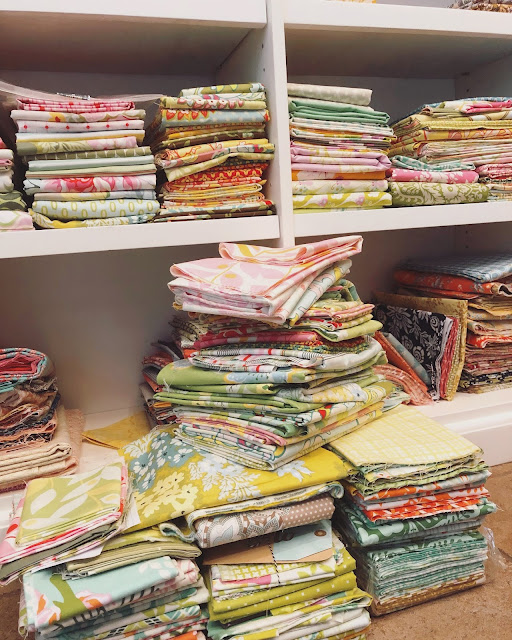 i've been rearranging and organizing in my sewing room. it's still a complete hodge podge of a space, with a lot of mismatched furnishings, but it's getting cleaner and more functional.

by the look of the two shelves nearly full and the stack on the floor i still have to refold and shelve, i'd say heather bailey wins around here. soooo many good prints in these collections! it just makes me happy to sit with them, admire the colors and patterns, and dream. 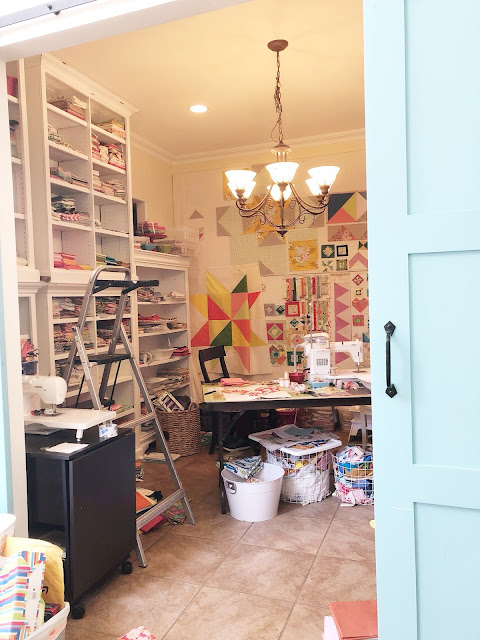 in the in-process photo above you can see that i also made a place for a full design wall behind my machine. of course it's already full with wips, but i'm really happy it's there and not falling off of something else anymore.

what brought on the big rearrange and resulting cleanse (because i actually have been culling!), was a few more bookcases becoming available from other rooms in the house. there used to be 6 assorted white bookcases in my master bedroom, which we recently remodeled. we put a few in here a while ago, and after installing more built-ins in other parts of the house, there were 2 more available for the sewing room. only i didn't have the wall or floorspace for them. 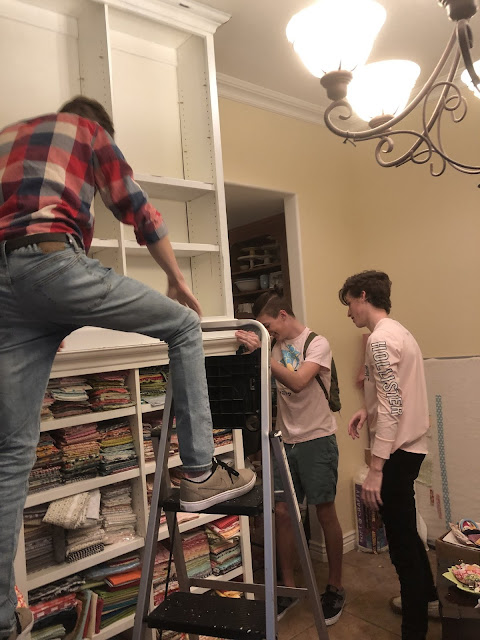 i decided to look up instead! after measuring, i found out the shelves were exactly tall enough to stack to the ceiling as long as we gave them a few inches away from the wall to clear the moldings. i got my sons and an almost-son to help me out - they heaved and i directed. 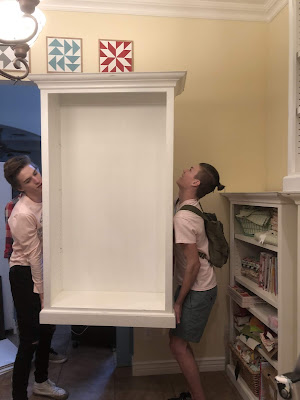 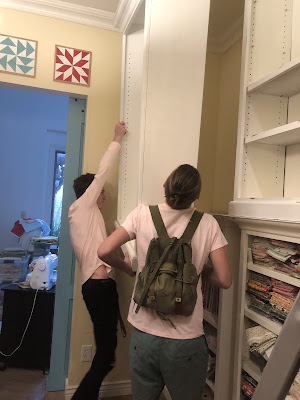 it was a bit scary, but it worked! and i'm pretty chuffed about having fabric to the ceiling. i've been able to get almost everything out of boxes and on a shelf. yes, i have to climb a ladder to access what's at the top, but i don't mind that a bit. it's much better to have everything out and visible. 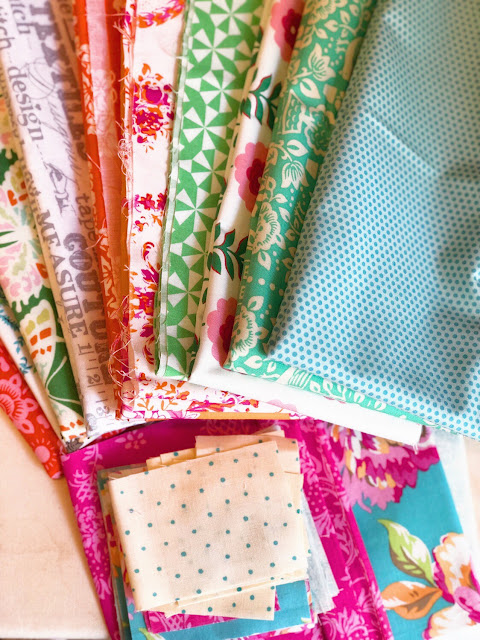 i've come across all sorts of things since i began shuffling the room around. for instance, this stack of fabric and some already cut pieces that i clearly had a plan for. but i can't remember what it was going to be! darn it.

i should always, always make notes for myself!

i was just going to throw everything up on a shelf, but that wasn't working too well, so i began folding things so they fit nicely. it's taking time, but i like this much better. i'm also sorting and culling as i go, and rediscovering lost items. i've come to the conclusion that a large fabric hoard is a lot of work and was a bad idea. but i'm doing my best to work with it and find a new home or a plan for everything. i've already given a suitcase full to a pair of little girls who were thrilled to get their own stash, and i have several more boxes of items i'm donating to the local guild.

i just remind myself that all this purchasing at least taught me some things. it was an expensive lesson but no use beating myself up about that now. i love mari kondo's thought that everything we've acquired has a purpose, and sometimes that purpose was to fulfill a need at the time or to teach us something. we don't necessarily have to use it as it was intended for it to have been useful to us, and now we can let it go.

moving forward from here.
and up.
up to the ceiling!
Posted by hydeeannsews at 9:48 PM No comments:

Email ThisBlogThis!Share to TwitterShare to FacebookShare to Pinterest
Labels: fabric, my spot, stash 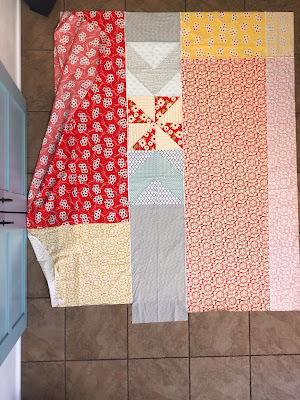 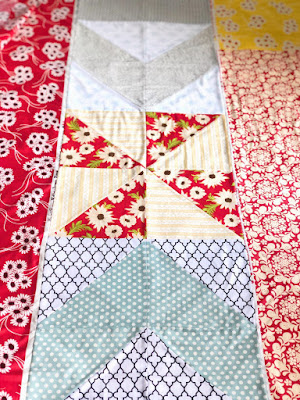 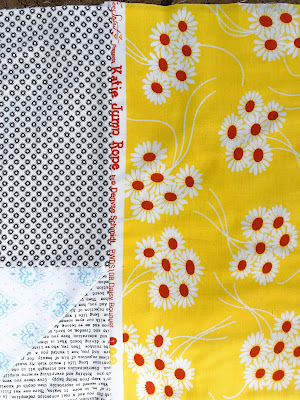 I also really enjoy making a backing that is almost a second quilt top of its own. It’s like making a simplified quilt that I normally wouldn’t make on its own but that I like as a second face just fine. And the challenge of working in leftover pieces from the front can be really fun. Honestly, by the time I am ready to sandwich the quilt I don’t usually feel like taking the time to piece a backing, but I am always glad I did. Sometimes they are even may favorite part of the quilt!
Posted by hydeeannsews at 9:13 PM No comments: