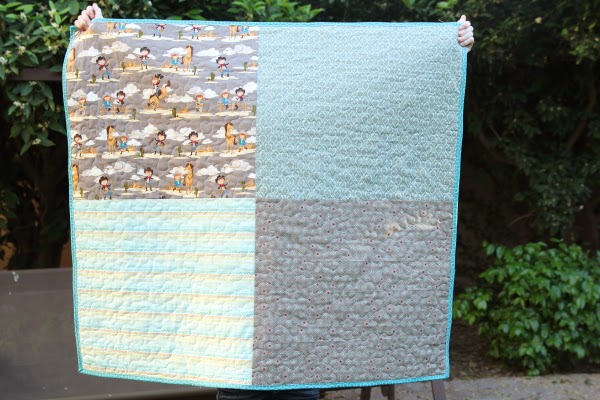 we finished off d2's baby boy quilt for the church auction with seconds to spare. even though we were a few minutes behind, i hastily snapped some photos, just for the record. so please excuse the poor shots, but we had a church function to get to! 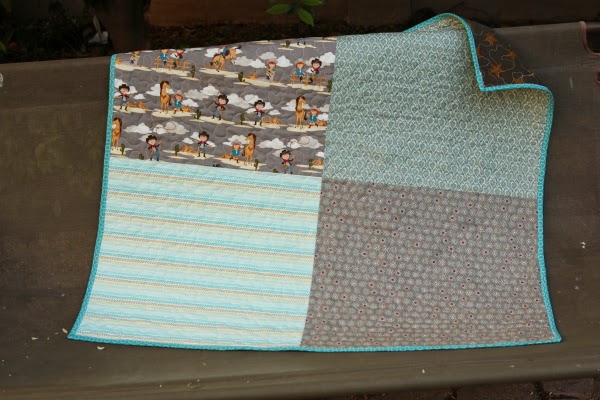 after d2 selected some of my favorite, out-of-print fabrics for her girl quilt, i decided to pick the fabrics for the boy quilt myself. part of the reason i suggested she make the quilts for the auction was i figured it was a good way to use up some of my less-loved prints that were languishing in my stash. i thought she'd go right for the ones i didn't like so much. however, her tastes have improved quite rapidly! so i picked these prints myself with getting rid of stuff in mind. 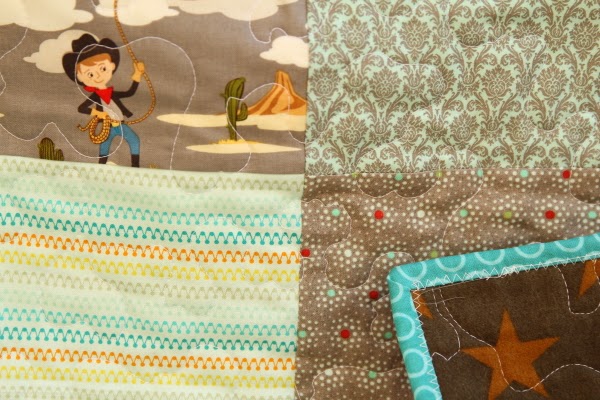 i used two prints, including the western print, that didn't make it into "way out weston", and two other fat quarters i'd gotten on clearance and had no plans for yet. they all coordinated well enough and had a similar enough feel to them, but it wasn't necessarily a fabulous pairing. however, it's growing on me. 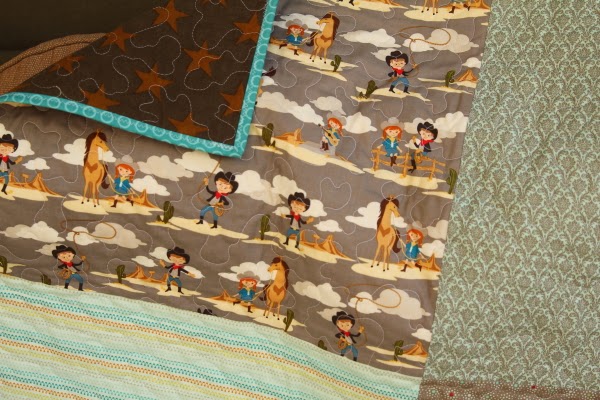 i meant to do a cute, loopy fmq pattern but as i got going, my muscle memory kicked into stipple mode. before i knew it, i had a whole row of stipple and no loops at all. by that time it felt too late to introduce any, so stippling it was. the thread color was another issue. with my color palette beign so strained already, i had to go with a neutral white thread even though it showed up glaringly on the deep brown backing. 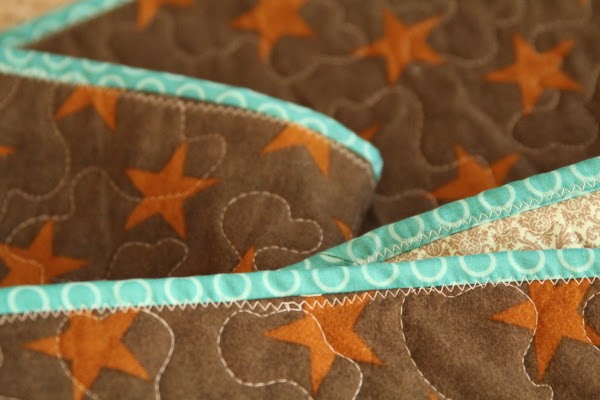 the backing was the hardest part to choose. i was limited to the 20 or so flannels i had on hand. that sounds like a lot of choices, but this was a rather unique color palette. the top was strong on aqua and grey, but i didn't have anything like either of them in flannel or even something big enough in regular quilting cottons. i was determined not to buy fabric for this, so i settled on a brown star flannel. i'm banking on the browns in the cowboy print and the western theme to make it work. again, not the greatest choice, but it seems to work okay since the grey on the front is rather warm and muddy. 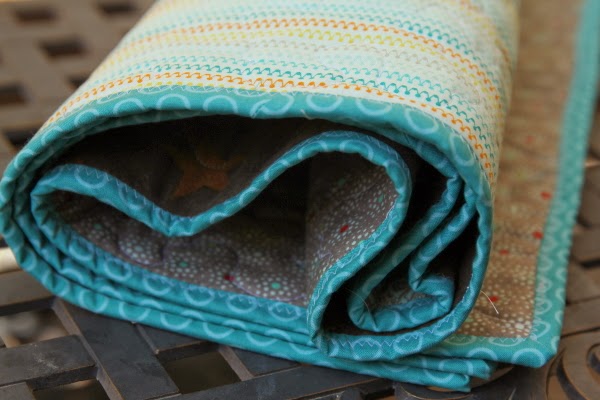 the real problem with this quilt was the machine binding. i've never done it before. i used a zigzag stitch and white thread. so every little flaw totally shows up! and there are plenty of flaws. even when i thought i was sewing perfectly straight on the front, I'd turn it over and the back would have veered off the binding. this is not easy sewing! right at the end, i realized that if i stayed about 1/16th" inside the top binding it would mostly catch the back binding at the right place. but that wasn't until the end. oh, well. i figured that who ever bought it at the auction would think the 11 year old had done it (so bad of me!!!) and not mind too much. since my m-i-l ended up with the quilt, maybe i can offer to fix it for her. i need more practice anyway. 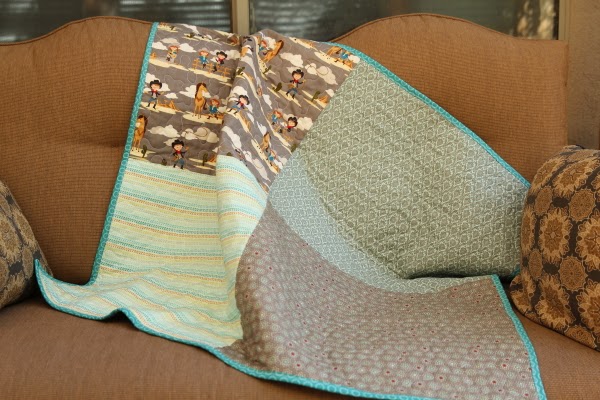 my first finish in ages and amanda jean is taking a blog break, so no friday finish link up for me! oh, well. good for her.
Posted by hydeeannsews at 9:47 AM