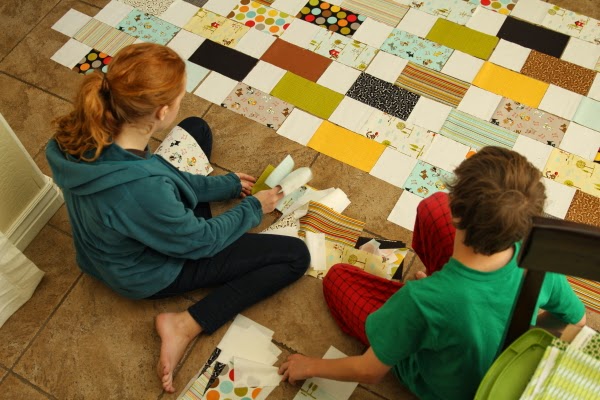 d1 got her quilt pieces all laid out. she spent some time playing fabric sudoku, which drew her brother into the puzzle play. he wandered over to see what she was doing and got sucked right in.

after they had everything laid out, he said, "what are you going to do with this quilt, anyway?" she responded, "it's just going to be for me."

"well, you could give it to me since i helped you put it together," he suggested, in his best i'm-your-sweet-little-brother voice. it made me giggle hearing that, and reminded me of him at age 2, begging his older sister to get him a cookie when mom and dad had both already said no. i think she probably smiled, but was not convinced in the least to part with her project.

suddenly it seems like they all have a project going - or want to. that's exciting for me. however, it also means whenever i sit down to grab a sewing moment i get bombarded with several requests for help with their projects. last night looked like a bit of a craft circus in our central hallway. 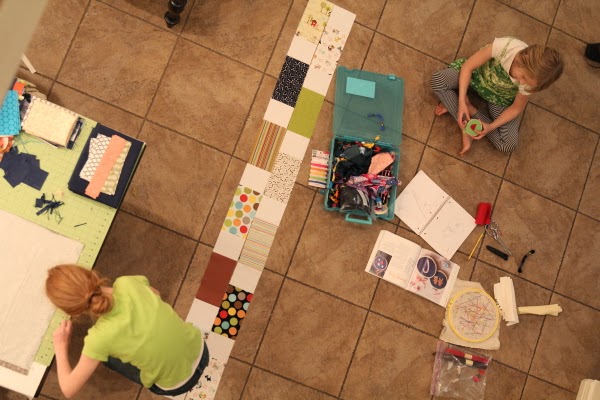 this is what it looks like (from above) when three daughters get sewing. 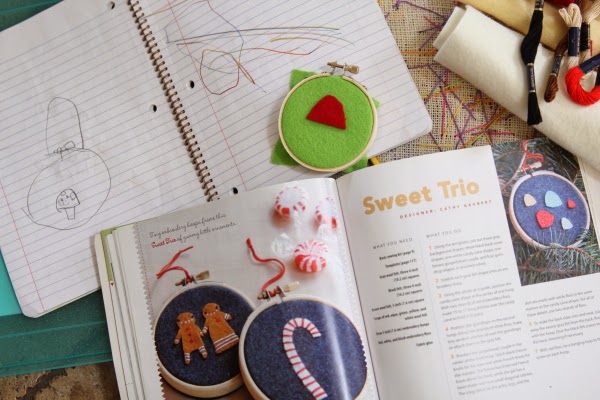 d3 was inspired by book browsing a few months ago to make some small hoop art. she found these cute "sweet trio" ornaments/decorations in fa la la la felt (a family favorite). i finally got her some tiny wooden hoops for that purpose. however, she didn't want to make Christmas decorations just now in spring, so she decided to make a mushroom instead. i had her sketch out an idea of what she wanted (see notebook drawing). we got the background fabric and mushroom cap cut last night. it took some coaching, but i insisted she do the design, tracing, and cutting herself. they need the experience, even the failures. i did help her trim up the cap after she cut it out herself. those little 7 yr old hands don't wield sewing shears very well. but she did attempt it first, which is what counts.

while looking through her sketch book, i found some old gems she'd drawn ages ago: 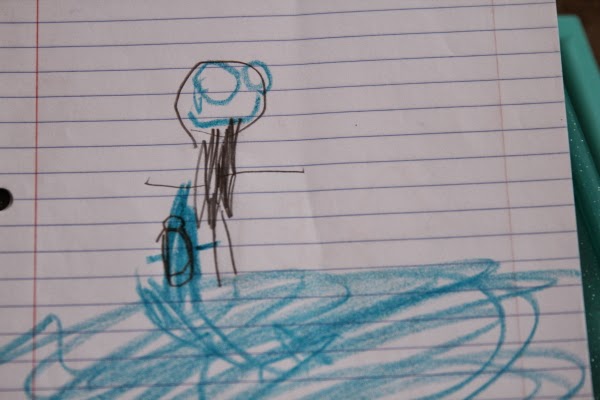 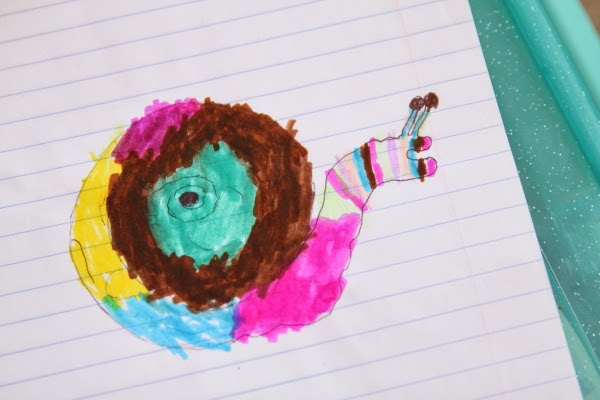 this was a joint creation between her and oldest brother - he drew it, she colored. mama loves it.

not all current creativity is being channeled into sewing. 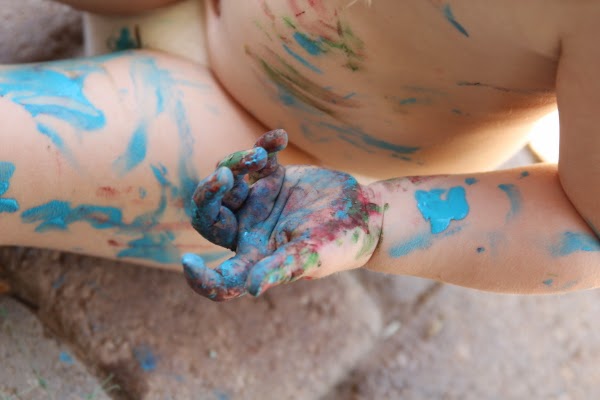 yesterday the three little girls were playing with paints al fresco in our amazing weather. baby got her first taste of finger painting, which she decided was too limiting. she had the best time body painting once the thrill of seeing her handprints transferred to paper wore off. it was pure delight to watch her slowly and carefully apply paint to various body parts, including her hair. it was creative exploration and joy at its finest.

i find this time of year everyone gets the itch and urge to just make something!!! i wonder what they'll do next?
Posted by hydeeannsews at 4:22 PM