how to fix a block that comes up short 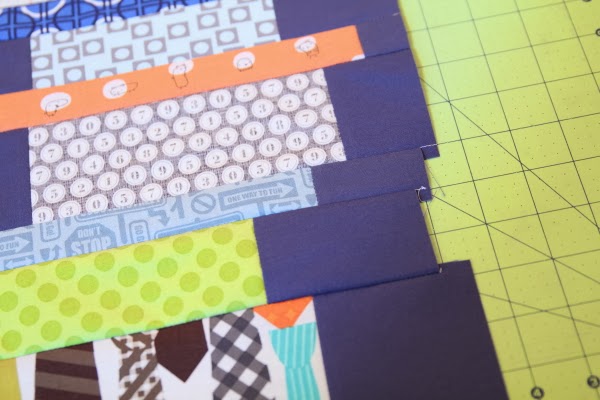 while squaring up my wonky stacked coin blocks, i came up a bit short in one section of this block. since it was two adjoining sections that were short, i didn't want to unpick the entire two pieces, add in two longer pieces, and resew all those seams, so i did a little patching instead.

i apologize in advance for not adjusting my exposure or white balance for better photos but as i really wanted to get the darn thing fixed and just photographed as i went sort of as an afterthought, i did not focus on my photo quality. but fortunately for viewers, i was stitching with white thread on my navy blue fabric, so the seams will show up really well. 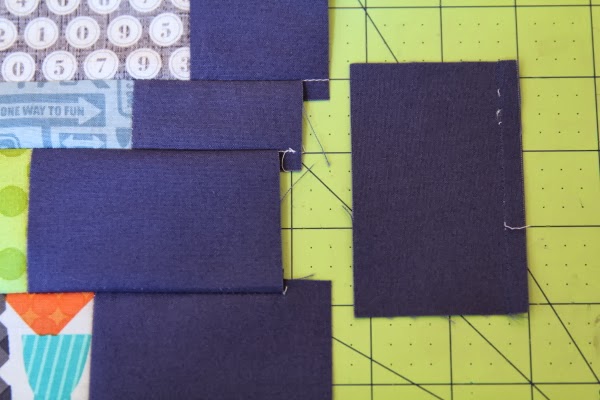 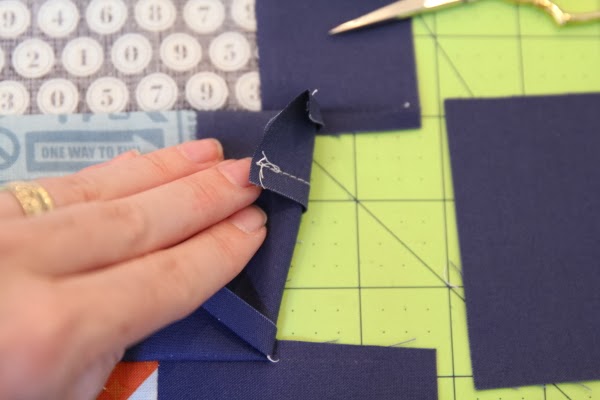 unpicked the top and bottom seams of the two adjoining pieces, but not the seam adjoining them, just far enough back to allow me to work with them without pulling out the entire section 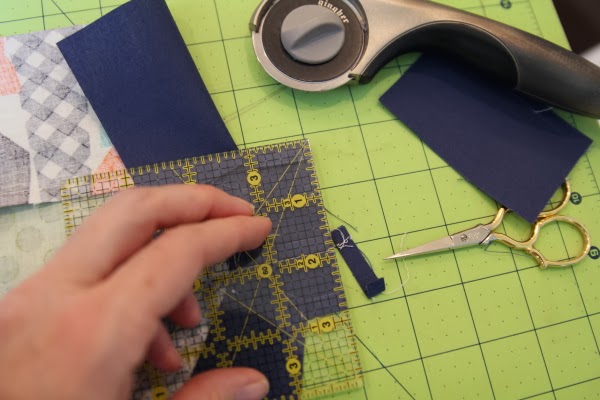 trimmed that bit so they were both even 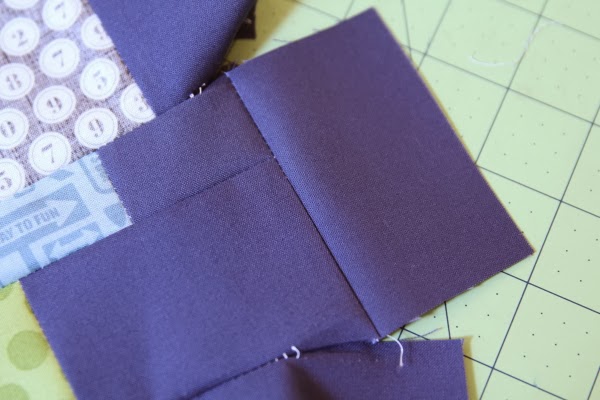 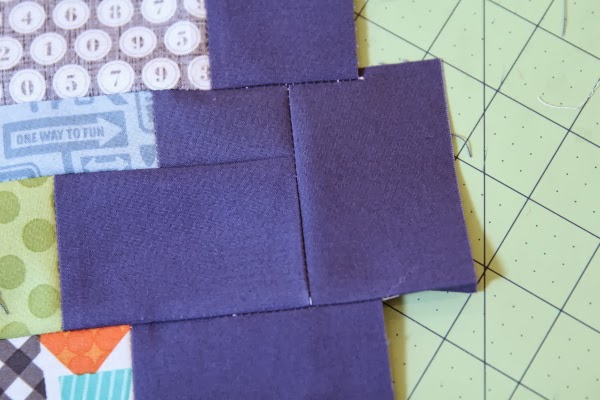 then sewed the lengthened piece to the top and bottom layers around it, backstitching over where the original seams ended 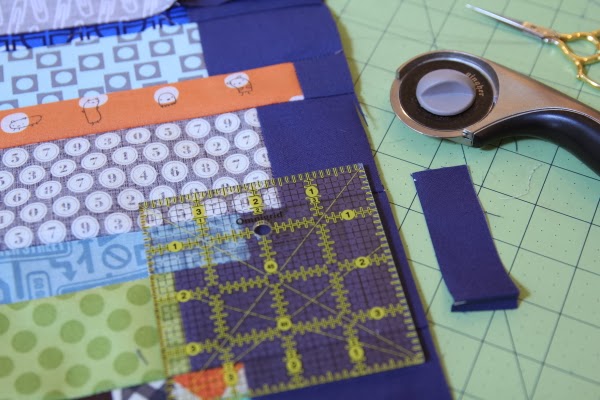 and trimmed to square up with the side of the block 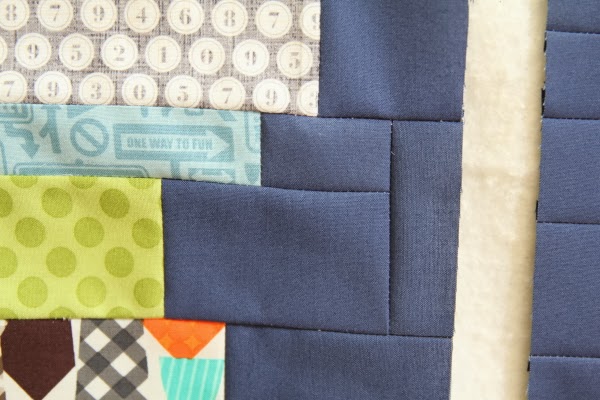 the block is now patched up and evenly squared

since this is a quilt that has lots of strips with seams in the solid blue section, i'm counting on this not showing up in the overall design once everything is put together.

how's that for some old-fashioned quilter's "make-do" sensibility?
Posted by hydeeannsews at 2:11 PM