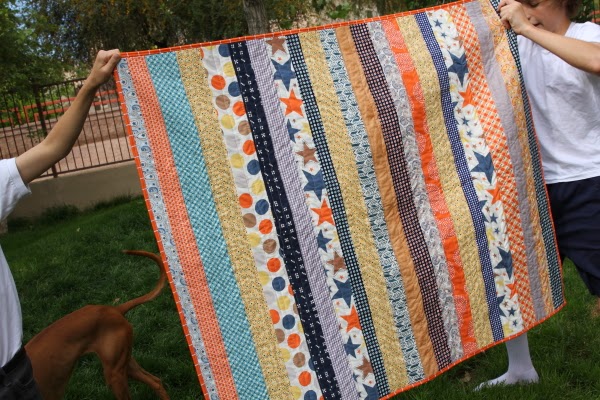 my 2nd finish in forever, right on the heels of the first one earlier this week - another baby boy quilt. "way out weston" is complete. i can't say it's my favorite finish, but i can say it's done. some of the fabrics in here i like a lot and others i . . . don't. it's that simple. my own two boys held up the quilt for my finish photo, but not without some boy silliness and dog photo bombing. 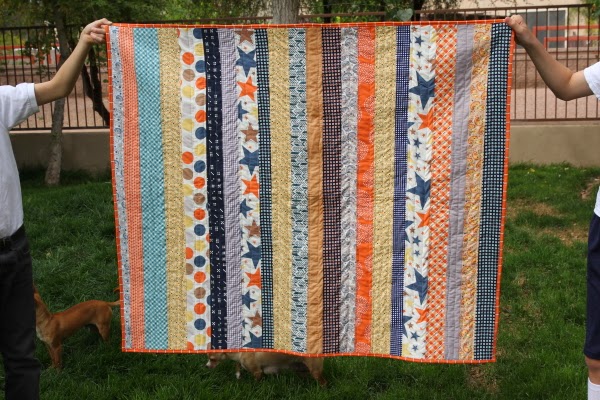 this is a little better, even with the chihuahuas in the background. while he was assisting me, he was examining my quilting, and s1 remarked, "uh, why is this line so wiggly?" i told him it was because i did wavy lines this time instead of straight. "oh, good! because if it was supposed to be straight, well . . . it's not." after i had such difficulty with the straightline quilting on this little fella, i went ahead and added in more purposefully organic lines to make it look like they were all supposed to be wavy. 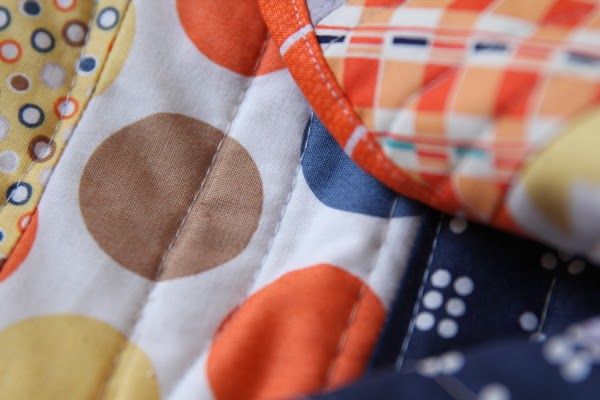 i alternated a light tan and a baby blue aurofil thread. unfortunately, they are so light you can't really tell the difference without looking closely. and even then, it's iffy. 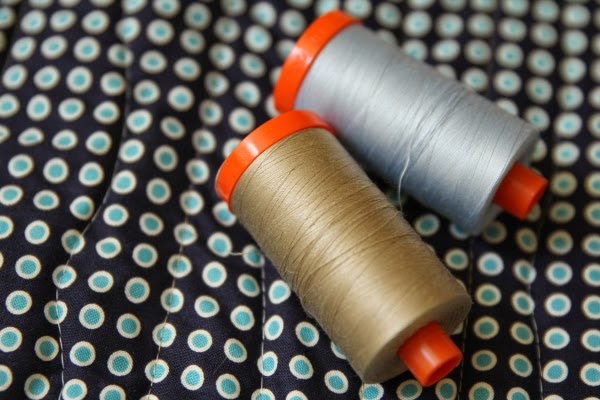 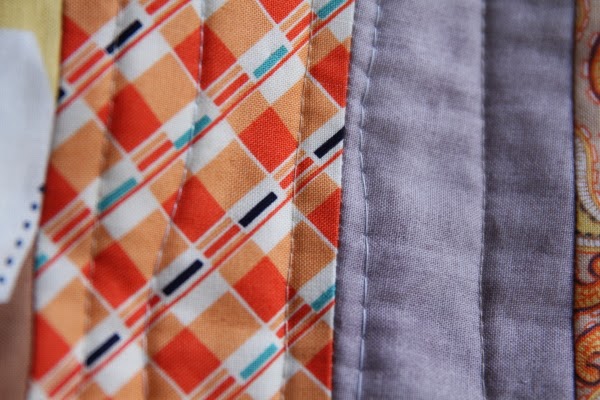 the nutty quilting was only one of the issues i've had with this quilt. in the end, the colors don't look as balanced because of what i had to cut off the left side when the backing turned out too short. it's bugging me that there isn't another dark blue strip on the far left. 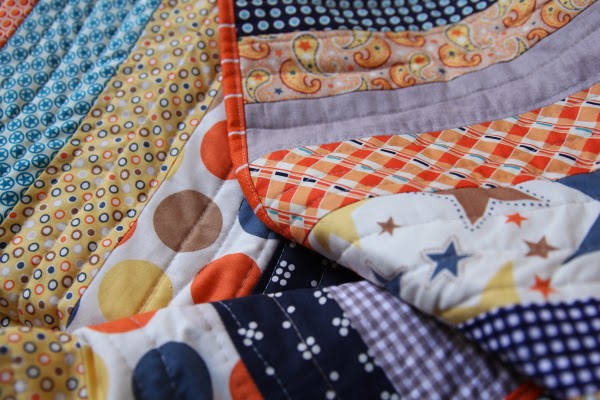 enough of the nitpicking, though. it's done and ready for baby weston, who is about a month old now. this is one time where i really hope what everyone always says about non-quilters not noticing flaws they way we do is true. 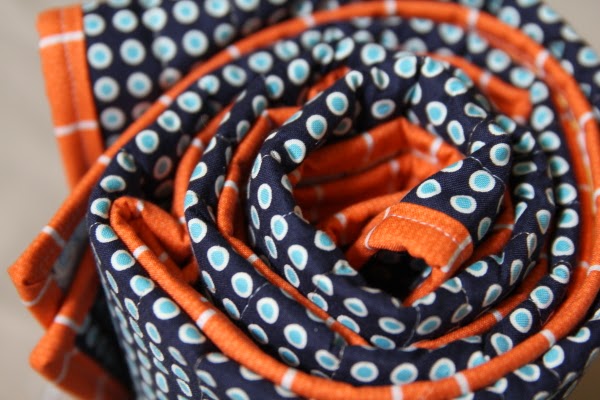 i gave machine binding another go with this quilt. it was an improvement over my first/previous attempt. i just did a straight stitch with juki this time. it's alright but i still need to get a better grip on the construction and measurements behind a good machine binding.

i do think the michael miller textured basics stripe in orange made a nice frame for this quilt.

"way out weston" over and out.
Posted by hydeeannsews at 4:47 PM