how not to shoot a flimsy 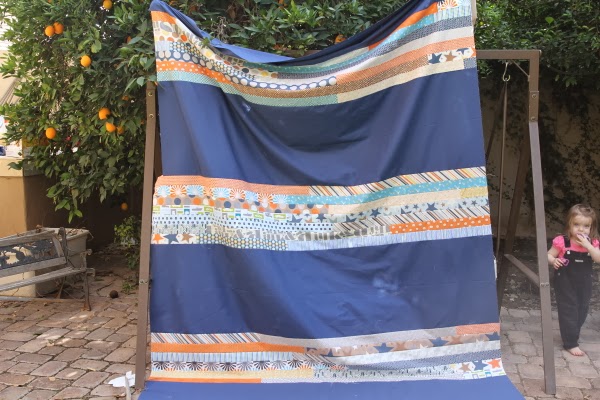 along side of working with my youngest scholars, i got the top for "bandwidth" completed. the top being done, the flimsy needed to be documented and shared. but all i had to help me photograph it was two short children and a porch swing. this is apparently a very long top because even with the aid of the two short children (they are actually tall for their ages), and the porch swing, they couldn't get it fully off the ground.

also willing to help was one toddler . . . 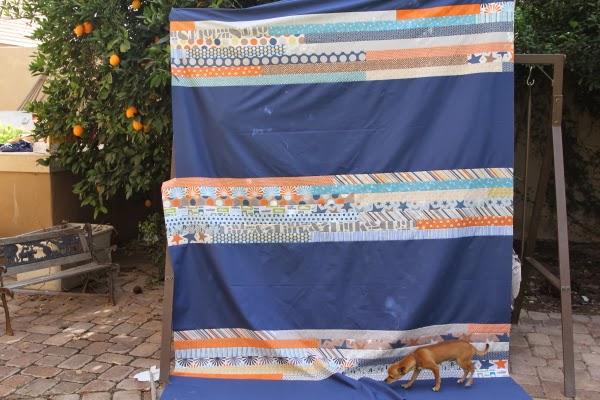 we used to have just one completely obnoxious pharaoh hound, but whilst away at disneyland with teenagers over the weekend, the babysitter let two stray chihuahua adolescents in the house. we've been unable to locate the owners yet and aren't heartless enough to boot them back out in the cold, as much as we'd like to . still hoping for a Christmas miracle for them and us. 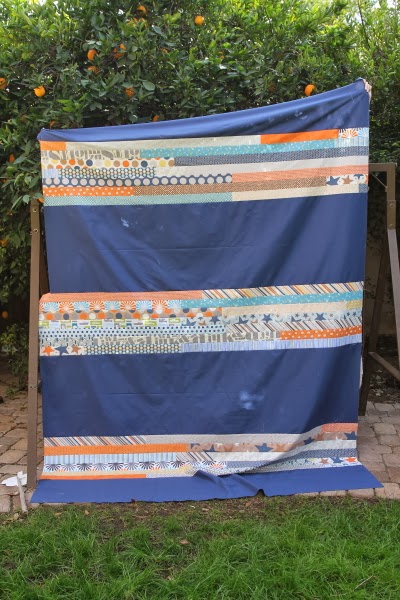 even with the unwanted helpers out of the way, this was as close as i got to a shot of the new flimsy. the colors are washed out on the top (but the citrus tree looks great!). i'll aim for a more technically accurate photo once i have the quilt completed.

as anticipated, the addition of the large solid panels really calmed down the high energy of all those print strip sections. for the record, i chose the slightly deeper, less-flat blue. i'm liking the results just fine.

now i need to make three backing and baste some sandwiches!
Posted by hydeeannsews at 1:36 PM