listen while you work 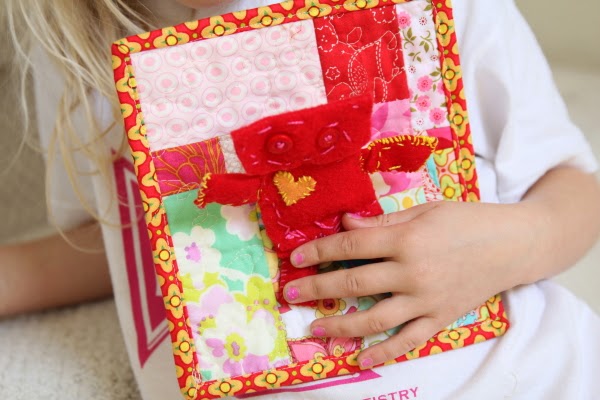 d4 had an epic finish week: she completed the kitty softie she has been working on (sporadically) for about a year now. and then she completed a quilt for her kitty all in one night. after we finished the quilt last night, she said, "wow! i can't believe i did it all in one night. the kitty took me 10 days and the quilt only took one night." well, not exactly, but we did knock out that little patchwork together in about an hour, give or take.

as she worked on the kitty, i remembered how she started it during general conference last april. it was all her own design, made from felt that she cut herself. many of us were doing handwork, as we usually do while listening during general conference, when she pulled out her box and started making something on her own. she's needed help with threading and when she gets tangled, as well as a bit of instruction, but this really was her project. last october, she again pulled it out on her own and made progress as we listened to the fall session of general conference. this last week, even though it wasn't conference yet, she pulled kitty out to work alongside me as i sewed.

her internal kitty-sewing clock must have known conference was close because it's this coming weekend. we'll be listening to uplifting, inspirational addresses from religious leaders, men and women, and keeping our hands busy while we listen. if you'd like some peaceful background listening for your sewing this weekend, join us for any or all of the four two-hour sessions.

kitty couldn't wait for conference to get finished. d4 got her done right down to her bright blue tail and orange heart on the front. i suggested that maybe kitty needed a nose (so it would look more like a cat) but the creator responded, "the stitching already looks like a mouth so she doesn't need a nose." okee-doke. 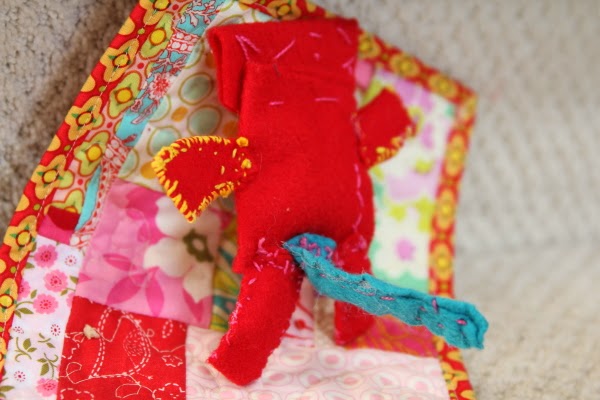 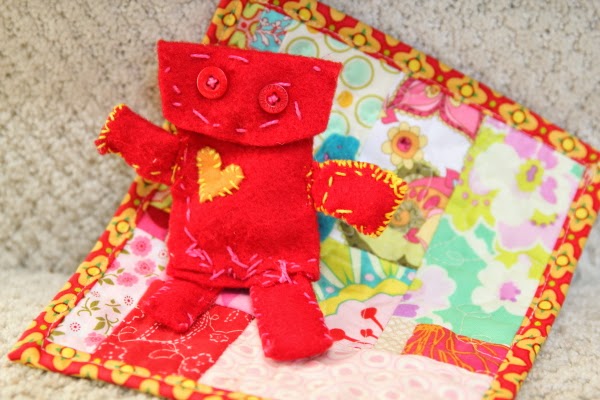 after getting the mini quilt made for kitty, d4 said she needs some clothes now. so maybe that'll be her conference project this weekend.  what'll i be working on? 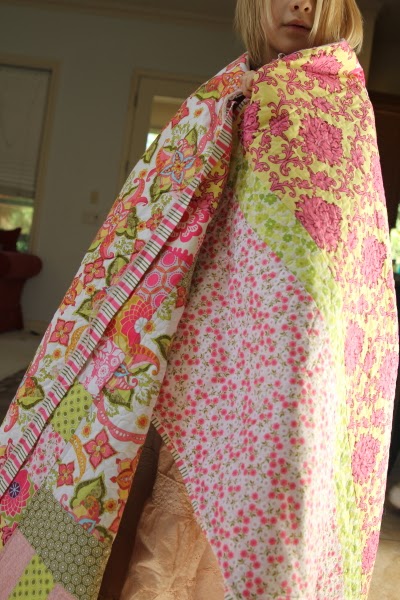 usually i'd say epp! well, last night d3 pulled her christmas gift quilt out of my "needs binding handstiched" wip pile and decided she was "going to snuggle it even though it's not finished." that made me realize we are 4 months into the new year and i should really get the binding done on those 3 quilts for my daughters. so it looks like binding for me while i listen. wouldn't that be a miracle if i could actually finish all 3?

something else that might be keeping the kids busily quiet while we enjoy conference? legoes, of course. here are some creative master builder makes from the girls this morning: 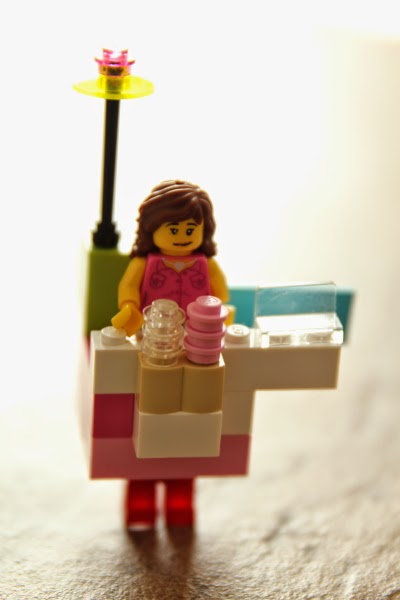 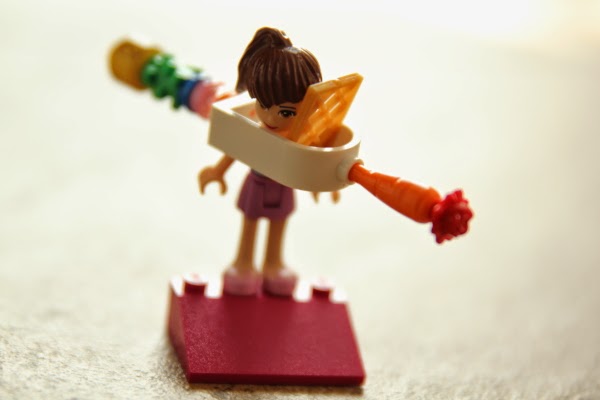 especially on general conference weekend. hope your's is a good one, too, with plenty of sewing, family time, and personal renewal.
Posted by hydeeannsews at 7:39 AM