triangle along with paula 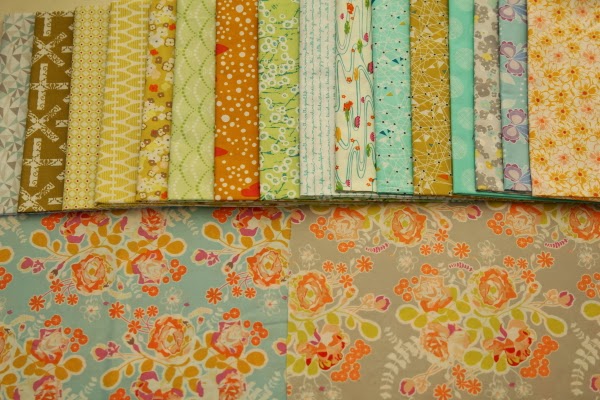 that purchase from fabricworm that i mentioned finally showed up. after making two spring fabric mosaics (here and here) for the color intensive class, i wanted the fabrics. and once the fast was broken for the month, i just went ahead and purchased with glee. a tad bit of guilt, too. in all honesty, unlike my other purchases for the month, these were bought simply for the "i want" factor. i got some of the fabrics from the mosaics and some i had wanted to use for the mosaics. some i also got from fabric.com instead because they were less expensive (not arrived). i had no real idea what to do with them, but i'd created the pull when making the mosaics and thought they'd make something great. lucky for me, the idea showed up before the fabrics did. thank you, paula!

do i need ﻿another project? heck, no! but that isn't stopping me because i already have fabrics picked for this (so no purchasing required - really), i have the ruler, it doesn't start for another month (time to get wips done), and i've wanted to do a triangle quilt for ages. quilting along with a group under that sassy paula is the icing on the cake! isn't it great how quilt-alongs get you going on something you have intended to do? it just motivates and inspires me so much to work on stuff when doing it this way. i especially enjoy the flickr groups and link parties where you get to see so many variations on the same project. paula even has sponsors offering prizes along the way. so if you've ever wanted to triangle, and i know you do, come along. 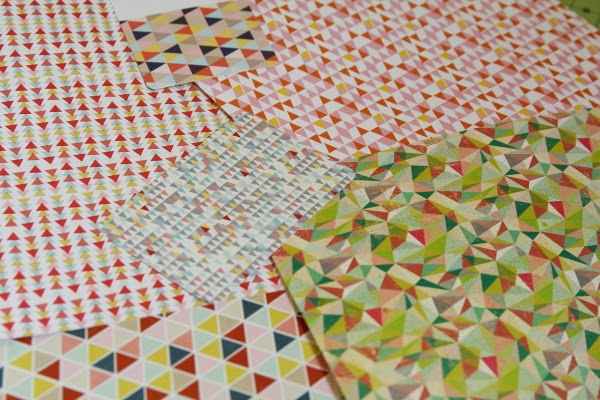 for the last year, scrapbook papers like these (above) have been inspiring me to contemplate a triangle quilt. although i've considered doing a solid triangle quilt, i think my spring pull is a good match for this look.

now, my pull is actually a mix of the two mosaics: one that was more yellow/green/grey/pink and one that was new greens/spring blues/touches of warm colors. i am using the two florals of the same print in two colorways to tie everything together. it's now a very cool spring morning with some warm touches to it.

however, now that everything is here, i'm not sure how well it's blending. i've been breaking it down into separate groups to see if i like it better that way. 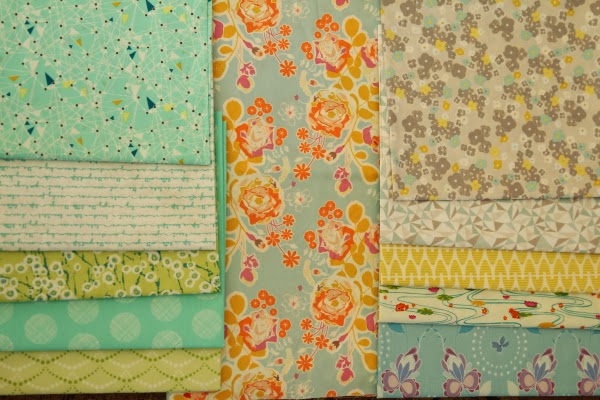 going with the blue background floral here. the main problem with this is it lacks any more coral. but pops are nice, so it could work. 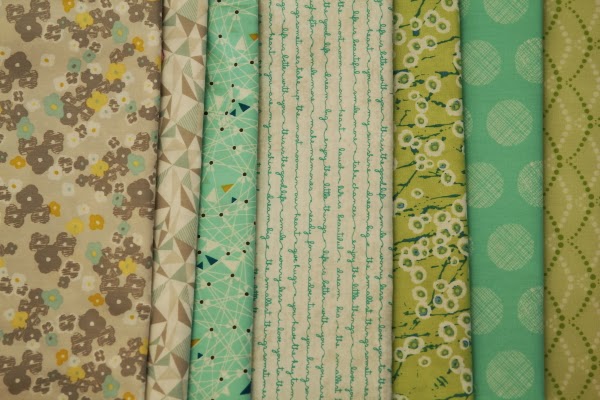 then again, i really like just these together! so pretty and cheery, yet calm, too. there should be plenty left over for another project with these fabrics. 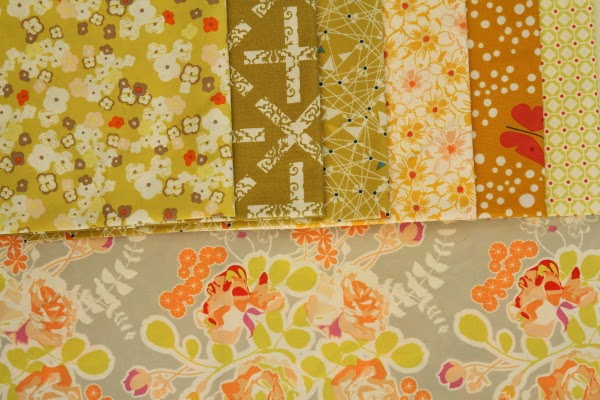 this it a mix to go with the grey background floral that incorporates the yellow-y greens and gold with bits of red, too. 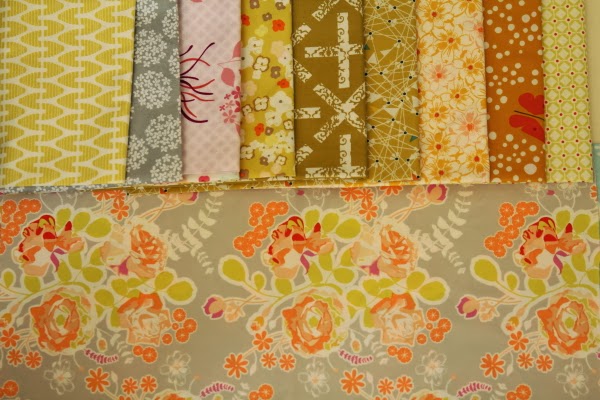 or i could add a bit more grey (from stash!) and the soft magenta print to pick up the touches of purple in the main floral.
goodness, too many options! i think i'll just go with everything together. but not until the end of march, when the quilt along officially starts. until then, i have plenty of wips to complete!﻿
Posted by hydeeannsews at 1:49 PM