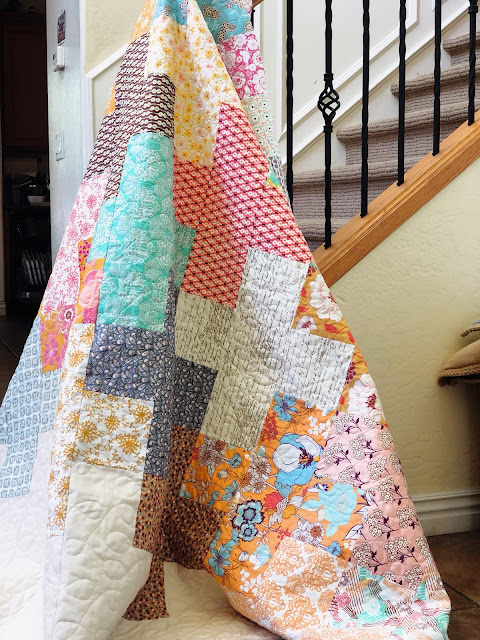 this old friend (also here) finally got quilted last night, and it only took a few hours. why didn't i do this before now? life, i guess.

since i've been working my way through finishing wips this year, i knew i would be getting around to this sooner or later. i just hadn't gotten there quite yet. 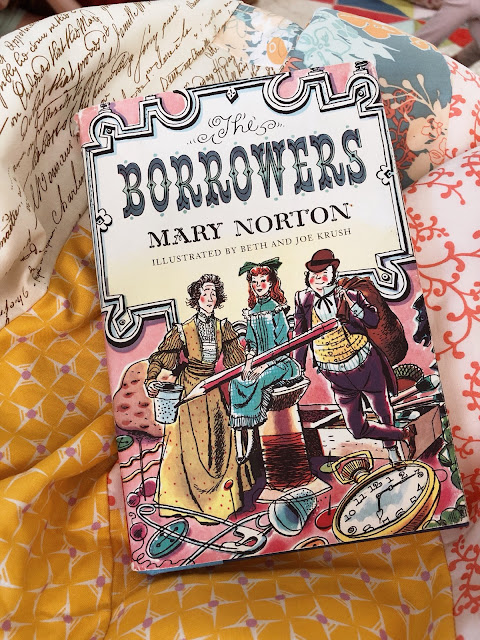 yesterday afternoon i sat down to have some "quilt time" with my younger girls. (this is when they all get out a quilt to lay on and i read aloud to them.) i decided to match my quilt i was snuggling under to the book cover i was reading from. our current read is the borrowers by mary norton, an old childhood favorite. i'm not sure how many times i read through the adventures of arrietty, pod, and homily as a child, but it was many, many times.

the cover reminded me of the colors in "groovy summer love letters", which has been waiting, basted, in the "to be quilted" pile for over a year. after reading under it, i decided i might as well put it under the fmq foot and get it done. 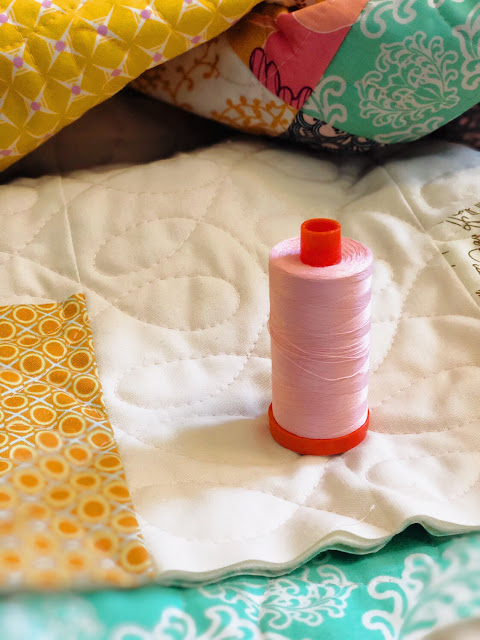 i chose the pretty peachy-pink aurifil #2415 to quilt it with in modern loops.

modern loops and i are still getting acquainted. it's a very easy, repetetive pattern to do. i just don't do it consistently the same.


i'm still deciding if i like the loops skinny or rounded, and how far apart to put them. and how high or low to do the crossover part. there are a surprising number of ways to vary this pattern. 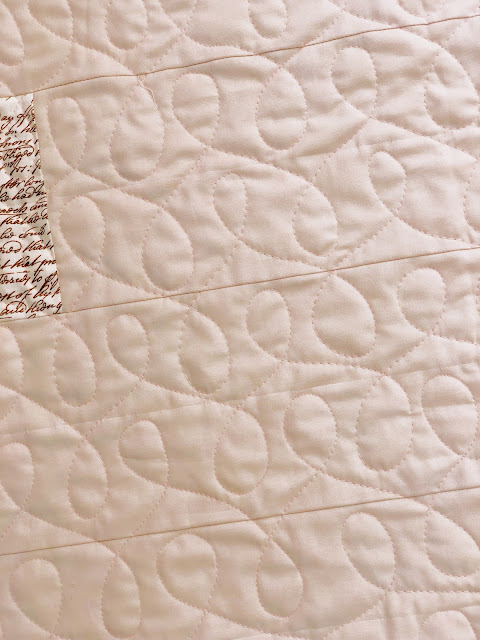 i was extra careful on the quilting done on the light, bone-colored solid portions of the quilt. they show up a lot and are quite noticeable.

the last time i did this pattern, i didn't have the rows intermingle with each other like i did this time, so that took a bit of getting used to. i wasn't prepared for how much the spacing of the very first set of loops i did would affect all the rows that came after.

i didn't even realize as i made that first row that i was varying my spacing that much. but i did. some are really widely spread and others were squished together so close it was hard to get the next set of loops inbetween them. after a few rows i began to adjust that by either making just a tiny loop when the spacing was too narrow or doing two loops in a row to fill in a too-large space.

this is definitely a very organically quilted quilt! it has lots of personality in the quilting. 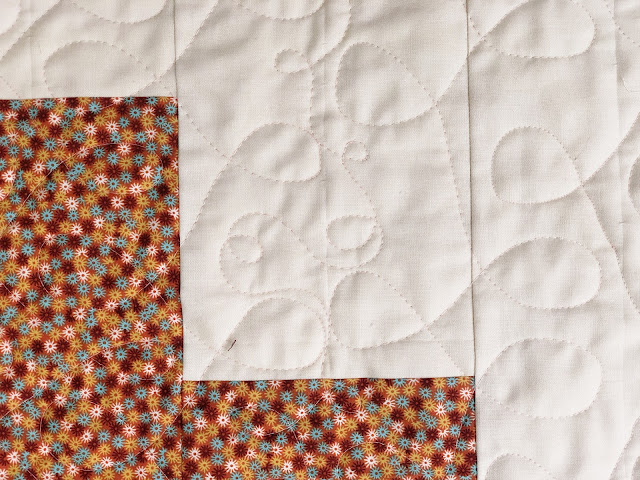 my biggest goof came when i didn't start a row off in the right direction and the two rows didn't overlap the way they were supposed too.  oops.

i accommodated this by making a unique set of swirls between the two rows. i'm calling it a special design feature and leaving it at that. 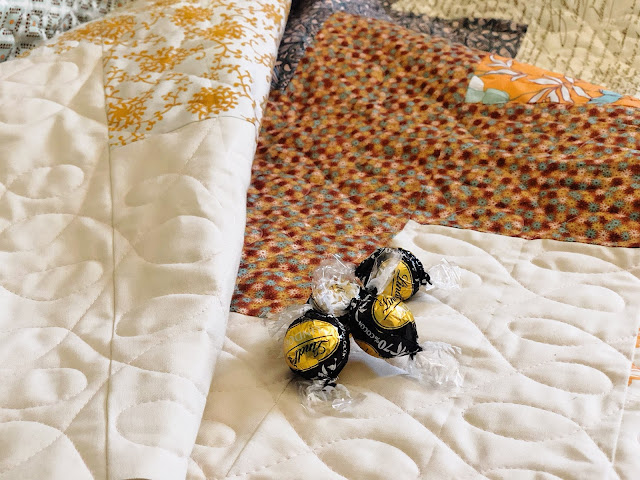 i had a few chocolate truffles along the way to help out, as well as first the soundtrack to "into the woods" playing, and then some jane austen on audible. lately, i really enjoy listening to stories as i work. and listening to a musical soundtrack is rather like listening to a story with the added benefit of being able to sing along. by the end of the evening i was done with the whole quilt, which isn't small.

i'm looking forward to revisiting this quilting pattern again very soon as i think i will use it on "maude's chevron peaks" next. as soon as i have it's backing made and get it basted, of course.

even though it's taken me a few years to get this plus quilt done, it was actually a very quick and easy make. i'll try to get the method/pattern for it posted sometime soon-ish. i actually have another one planned for a special fabric pull, so that shouldn't be too hard to get done.

and maybe this time i'll get it done quick as a wink like it can be done.
Posted by hydeeannsews at 11:13 AM