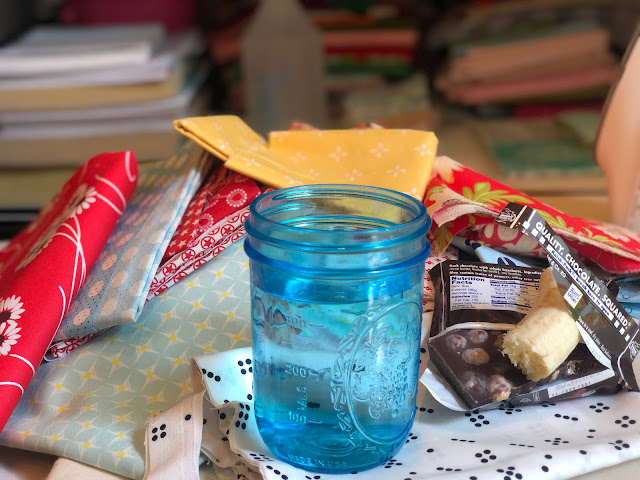 the last two days i've had extended quilting sessions in my sewing room. i've been trying to be more mindful of taking care of my body while i'm at the machine or when cutting and pressing. i watch my posture and stop to stretch periodically.

i'm prone to getting dried out while working because i don't stop to get water often enough, so i've been keeping a glass of ice water handy. the chocolate just also happens to be handy because i keep it squirreled away through out the room. 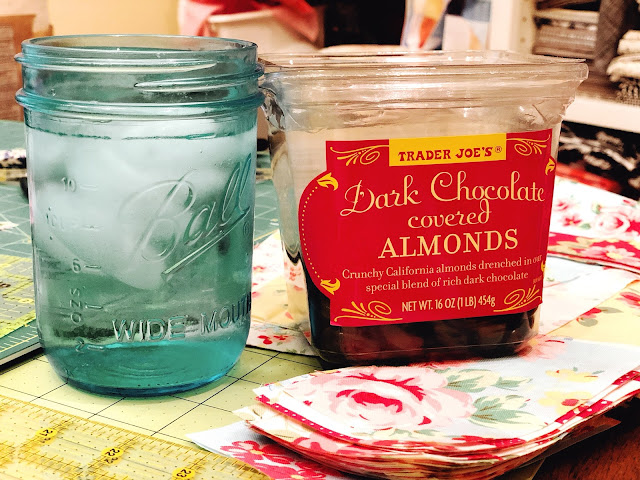 my last two chocolate choices have just happened to coordinate with my sewing projects. how sweet.

i have to admit i'm a little concerned about the amount of lint i might be ingesting with the water, which motivates me to drain the cup quickly. flying lint and dust are hazards of a room with fabric to the roof and a whirring machine spinning thread constantly. better some lint ingestion than dehydration, i guess.

so that's my system: water refills and a bite of chocolate here and there keep me well fueled while quilting. 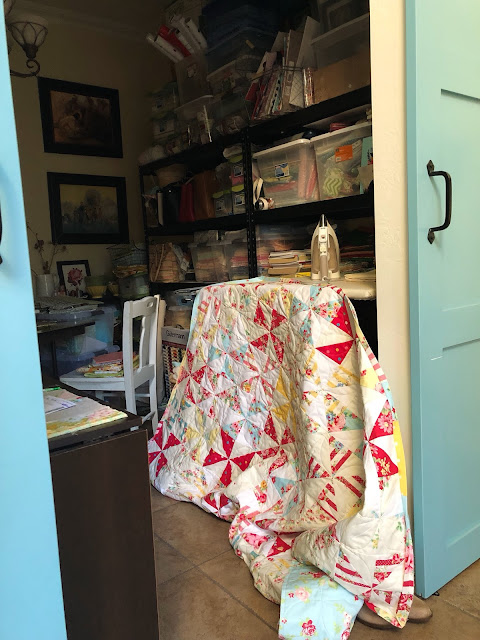 i needed a bite or two extra to get me through the quilting of "sugar sweet pinwheel" quilt last night. it was a complete wresting match between me and the quilt. the first half went fairly quickly, but the rest took a looooong time, thanks in part to a broken needle and many thread breaks.

but it got done! all in one day. i think that's some sort of record for me.
i even got binding made and attached to the front, ready for handbinding. 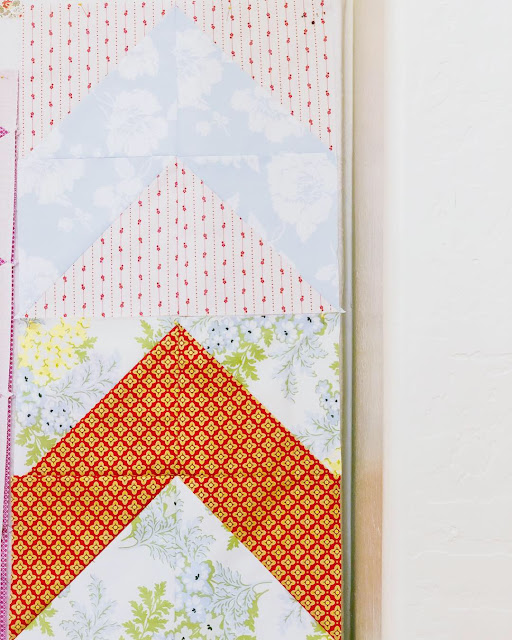 today i moved on to this really old wip, which i have dubbed "maude's chevron peaks." these two blocks have been sitting on my design wall for three or more years. i figure it can't be that hard to make these large hst blocks. i only need 20 for a top.

since i made four more today, i only have 14 left to go. 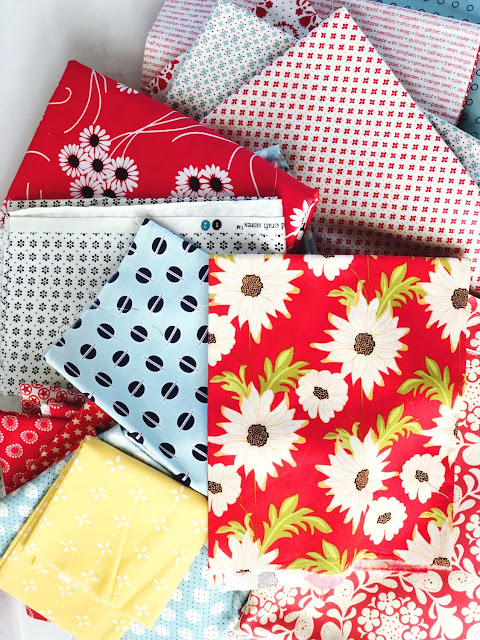 last night i found the other fabrics i had pulled for this project and got out some more coordinates. it's definitely old me from a few years ago, not so much me today.

i'm still not sure if i'm going to like this or not, but i am just going for it.

hopefully, there is enough chocolate in my sewing room to get me through.
especially for reworking the directional prints i got wrong.
Posted by hydeeannsews at 8:54 PM