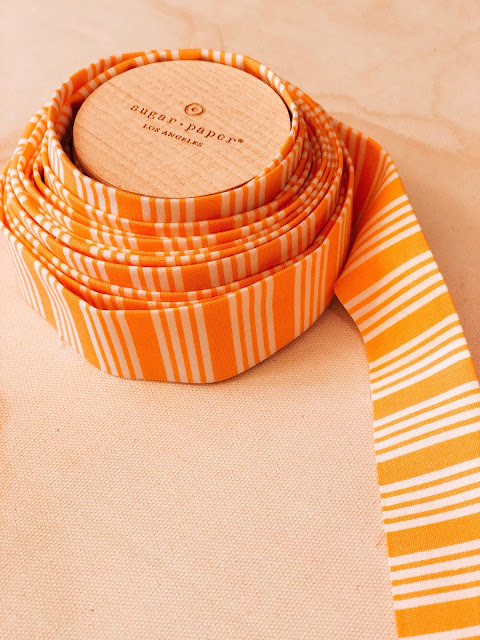 late on a friday evening, i finished the quilting for "spare pennies" and got the binding made. i am working at record speed on this project. i'd like to think this is my new normal for quilting projects, like maybe i finally figured out how to be faster, but i don't see how it can be that.

this orange binding, made from a stripe from the "good life" collection by bonnie and camille for moda, is such a classic binding choice. it brings out the spring-y side of this quilt i was hoping to emphasize in contrast to the autumn tones of my first "penny patch" quilt. 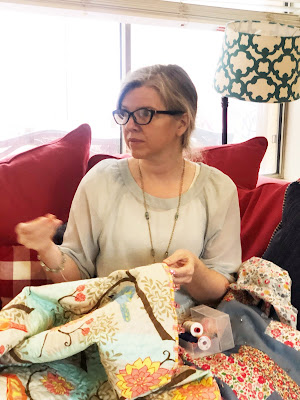 i think i would already have "spare pennies" mostly bound if it weren't for the fact that it was sharing a needle with another handwork project: 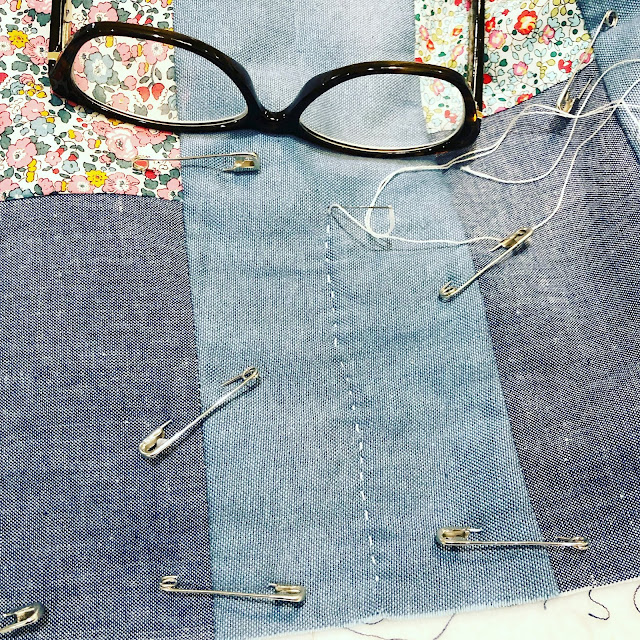 "liberty makes do too" is also in the works and the needle i like to use for small stitching projects was already on some thread over here. besides, i want to get to work on this one, too. it's usually my sunday stitching project.

really, i just need to locate the rest of the needles from the pack and get another one out.

it had been at least a week or two since i had done any handstitching, and i think that showed when i started up again. just look how crooked that line is! it wanders and meanders everywhere. i actually unpicked it, which i am especially loathe to do with handwork. but i hadn't gotten too far, so no harm done.

i think the wobbliness might actually have been caused by low lighting that didn't allow me to see the marked line as well as i need to. the line always shows up crisp and clear on the liberty portions of the patchwork, but not as well on the thicker crossweave. and it had been several days since i made the crease marks with my hera marker. perhaps they had relaxed some?