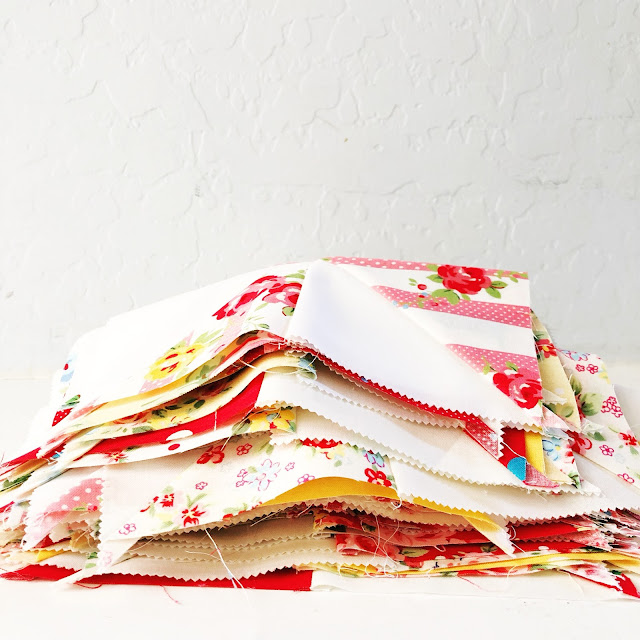 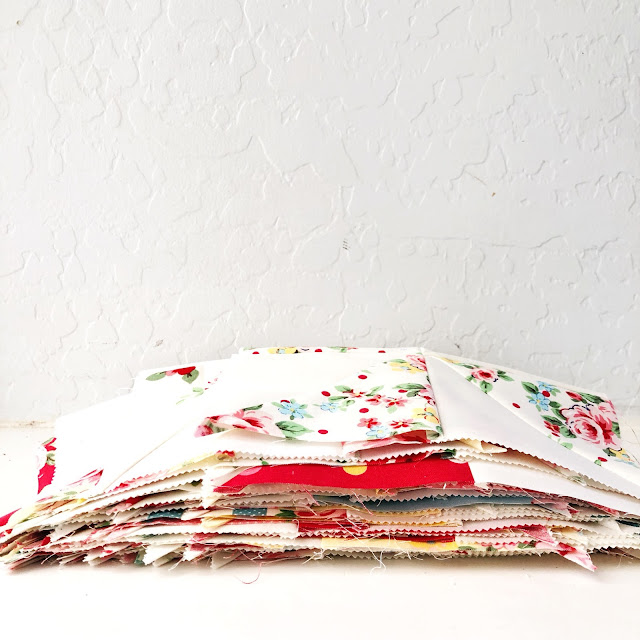 It’s January, so of course I’ve pulled out my “sugar sweet pinwheel” blocks again, hoping for a Valentine’s Day finish. I noticed when I attempted to stack them in a pile that those 8 intersecting seams in the middle really add up and distort the pile a lot. It’s better to stack them with the seams alternating in place, but still not an ideal way to store them if I want them to lay flat until I can sew them together. 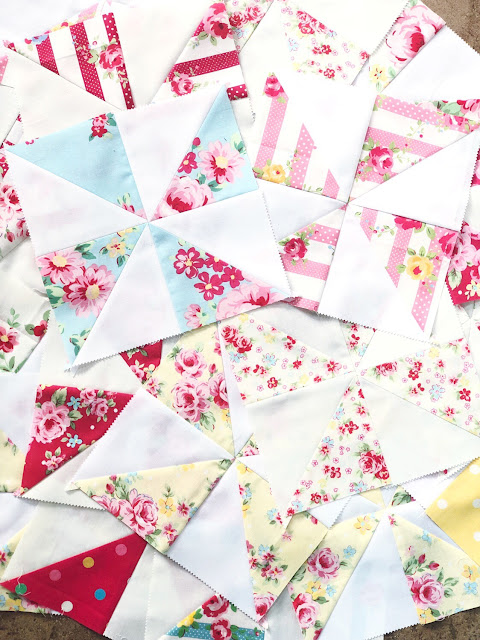 I also realized I have far too many blocks for one moderately sized lap quilt, which is what I was aiming for. I don’t want a behemoth valentines quilt to wrangle through the quilting stage.  It’s not the worst problem to have, but it has slowed down finishing the project because now I need to decide if I’m going to make two quilts instead, which involves a whole other slew of decisions to be made.

To top it all off, I like this project well enough, but really it was all about using up fabrics I purchased a loooong time ago that I don’t really love anymore, if I ever did. When my quilting time is low and I am dying to work on other more exciting projects, it’s hard to keep myself going on this one. However, I am being uncharacteristically steadfast and plugging away at it whenever I can. I really just might have not one but two Valentine’s Day quilts for the family room this year.

PS - this is the first post I’ve ever attempted from my phone! Here’s hoping that works. It feels like Blogger should have a mobile version of the blog for posting, but I don’t see one. I’ve had to use the regular site on my phone, which involves a whole lot of scrolling, etc. Does anyone know of a mobile version or app for an iPhone that allows for easier posting from the phone?

Posted by hydeeannsews at 2:09 PM