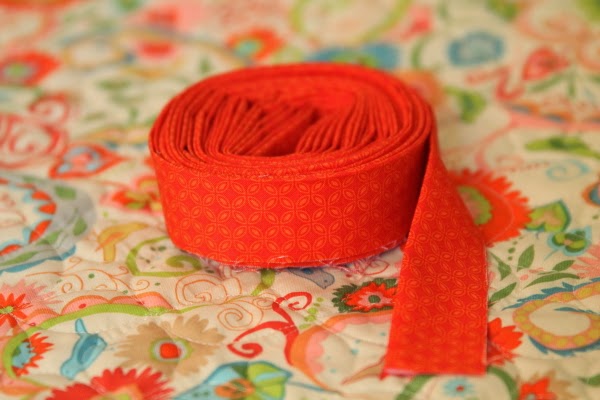 are you sick to death of my penny patch? you ought to be. but i found some photos of the binding which i never used, so i'm throwing them up here. then, like binding finishes off a quilt, i'll be finished talking about this particular one.

i auditioned and even bought a few different bindings but had difficulty settling on one. finally, this clementine micheal miller "tiny tiles" won out because of it's vibrant hue (which photographs too vibrant no matter what settings i use) which matched the backing so well, and because of the subtle orange peel pattern, which matched my quilting choice. 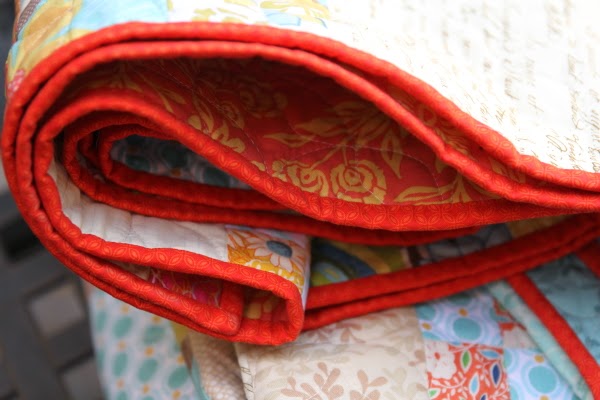 some of the colors on the front are a little flat next to this deep tangerine, but there is enough variety in orange shades that i think it works. it's been on there long enough now that i either like it or am just used to it.

i'm pretty sure i completed the handstitching of the binding whilst watching a movie with my kids, probably bbc's version of dicken's "little dorrit." (really good mini series, by the way - i honestly think i like it even better than the book, even with the changes.) oh, wait! now i remember. everyone else was gone camping except s1 and i. he was watching bbc's "sense and sensibility" with me. really. after a dinner out and stop at the gelato shop, he spent some time hanging out with me while i watch elanor, marianne, willoughby, edward, etc. i stitched on one end and he snuggled up under the other. it was fantastic. see, that memory, sewn into the binding, had to be recorded because i'd already nearly forgotten it.

the last stitch taken in a quilt is always such a satisfying surprise to me. "yipee! i'm done! really, i'm actually done after all this time? yes, it's really a quilt now!" since i have a few finishes under my belt lately, i've noticed the setting of that final moment becomes part of the quilt and another memory added to it's story. some people have even playfully suggested naming their quilts after the movie they were watching when they finished it - common way to cross the finish line, i guess. that would work for me quite often. i suppose this one should be called "sense and sensibility" or "elanor" or something like that. but it remains just plain old "penny patch." 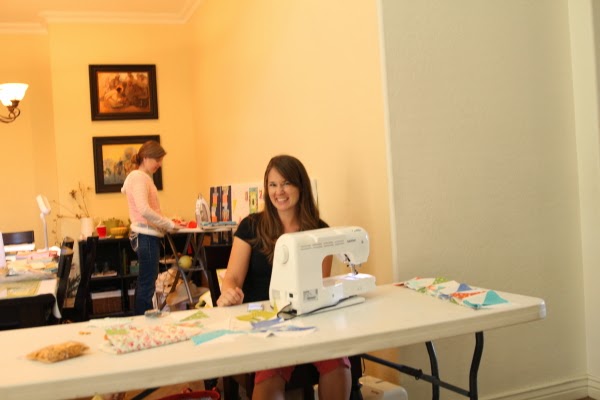 to back up a bit, i got the binding going one friday afternoon while sewing with becky (and boys). it took us another few weeks but we did get together again after our long put off first friday sewing social. she'd managed to get a new machine, too! (i may have encouraged that and her sweet husband may have obliged for mother's day.) now she has more harp space to work with and features to play with. not to mention that she's already working on something completely new - matching hst herringbone quilts for two of her boys. "oh, yes, that other one's done already," she says in passing. 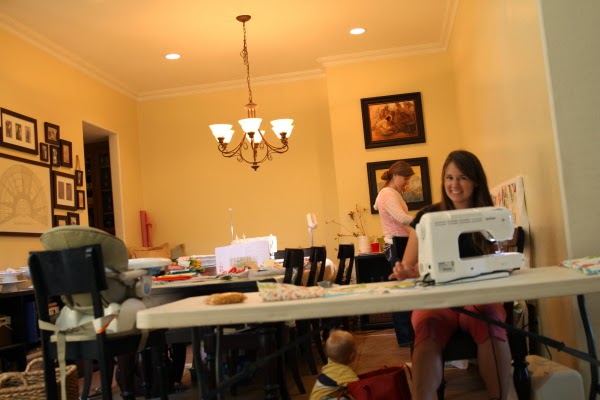 the 8 yr old was the only photographer available to me for capturing our sewing time. interesting angles and cropping, no? 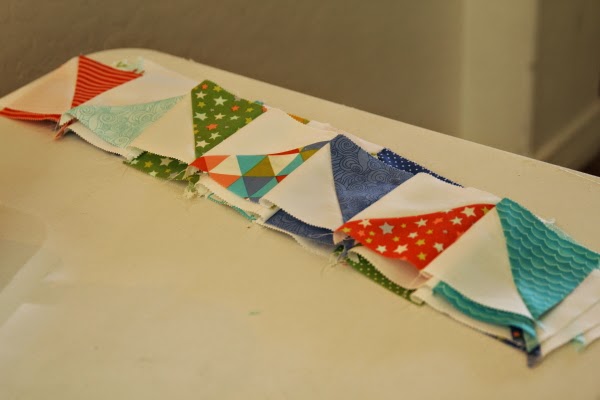 becky's hst's, which i'm sure are already quilts by now. i need to text her about this friday. maybe i can get a top put together! and have something to show besides an over-advertised penny patch.
Posted by hydeeannsews at 5:08 PM