how do you quilt a straight line on a juki? 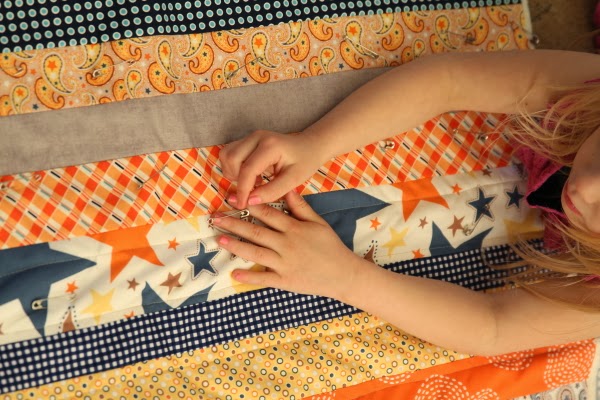 when did this become the orange and navy quilt blog? ever since i started working on these 3 different boy quilts that each use some of the same fabrics, i guess. i do like the combo, but it's getting a bit old. i'm ﻿itching to work with something else, but am practicing a smidge of self-control by continuing to quilt "way out weston" (what i've named the baby boy simple strips quilt). actually, it's part laziness - i didn't want to change out the foot or thread for something else, either.
people who think they can't draw will describe themselves as "unable to draw a straight line," meaning they can't even do the most basic shape. what does it mean about a quilter that can't stitch a straight line - not able to quilt? it's such a basic shape and concept, with guidelines involved, even, that many a grown woman has been surprised at it's difficulty. 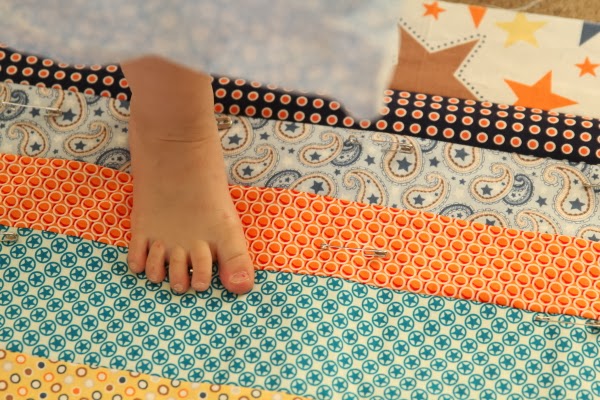 now i realize dear juki was purebred for fmq, which she is brilliant for, but i'm rather taken aback that even with her behemoth of a walking foot, i'm having issues with the basic straight line. i talked about this before when i was trying to get "twirly" together and got a few helpful responses such as, "go slow" or "lengthen your stitch." well, i tried that and everything else i could think of but am still seeking further input for how to straight line with juki.
i'll describe my method as best i can in hopes someone spots my mistakes. 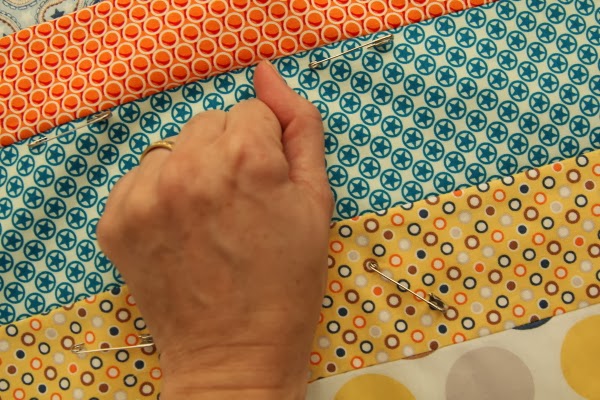 really, it just seems that the quilt isn't feeding through at the same rate despite the walking foot. the top seems to be slightly pushed flat, causing it to spread out rather than go through with the rest of the sandwich or tuck up under the foot. i had the brilliant idea to try using my slider with the walking foot, thinking it would slip through more freely. after the quilt didn't move at all i made that missing synapse connection, realizing that the feed dogs can't reach the quilt when the slider's on. duh.
i'm at a loss what else to do other than keep trying and practicing. i tried to photograph the main issue i'm having. 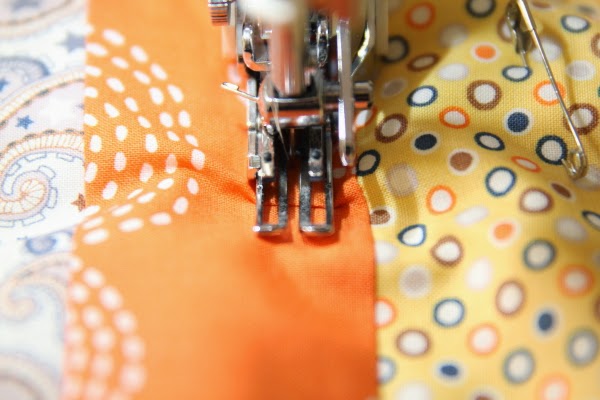 every so often, the top starts to pucker and fold over, like the above photo. 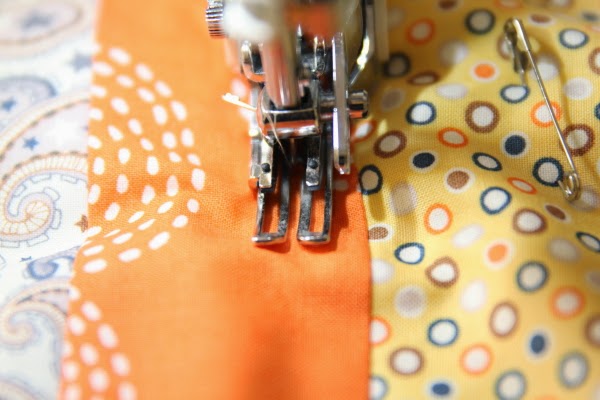 if i simply stop and lift the presser foot up, it usually releases all on it's own without any smoothing from me. however, over the length of the quilt, the top is also pushed forward, which is creating ripples in the top.

getting my lines straight is another matter entirely. i was disappointed to find juki's walking foot does not accommodate a guide bar, so i have to find lines to work alongside myself. or mark the top with my hera marker - ugh. i do not want to spend the extra time doing that. this often means i end up outline quilting each of the seams. usually i line up with the foot's edge on either side or some other part of the apparatus, like the edge of the big white box, below. 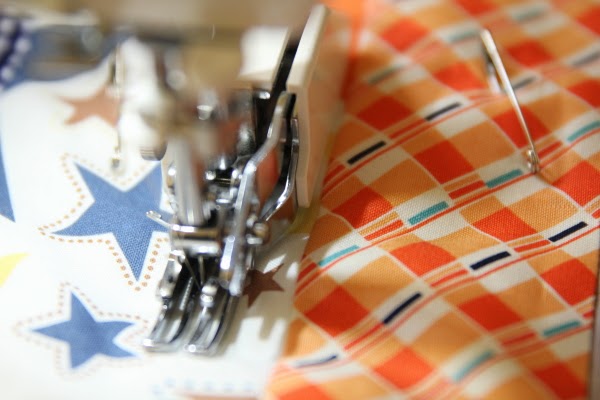 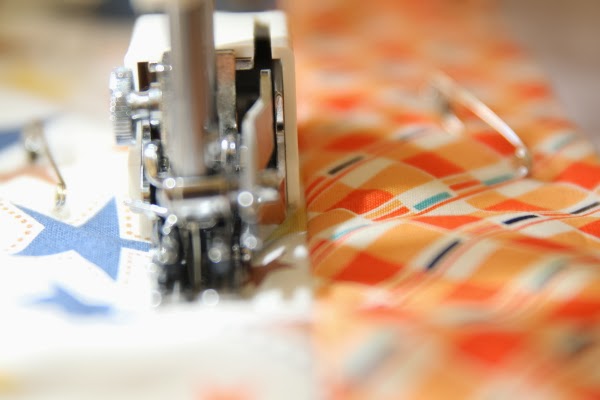 staying straight is simply a matter of practice, i believe, and paying attention. still, the needle can wander pretty darn quickly. practice, practice, practice. i thought i was doing pretty good at following along until i took the quilt off and looked at it as a whole. practice, practice, practice. between trying to make sure the foot is staying in line properly and watching for puckers, it gets pretty intense. and every now and then i miss something, resulting in a tuck or two sewn into the quilt, or a wandering line (look closely at the photo below). i'm not hyperventilating over this like the last fmq disaster, but i do wish it looked better. i'm betting on practice to help me out, at least with accuracy. 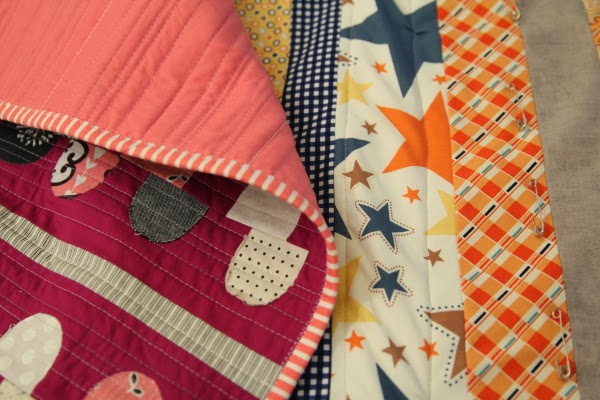 i was wondering if my lines were as bad as i thought them and what good quilting done by an expert on a juki might look like, so i pulled down rachel's "lolly lolly" for some comparison, since it hasn't been washed yet. her lines do look straighter to the eye and there is a teeny tiny bit of ripple, more noticeable on the back. however, her quilting is a lot more dense than mine is so far, so i can't really say how it compares. i'm wondering if my ripples that exist now will turn into unavoidable puckers when i fill in some of the spaces between. i guess all i can do is move forward and find out.

Posted by hydeeannsews at 2:27 PM