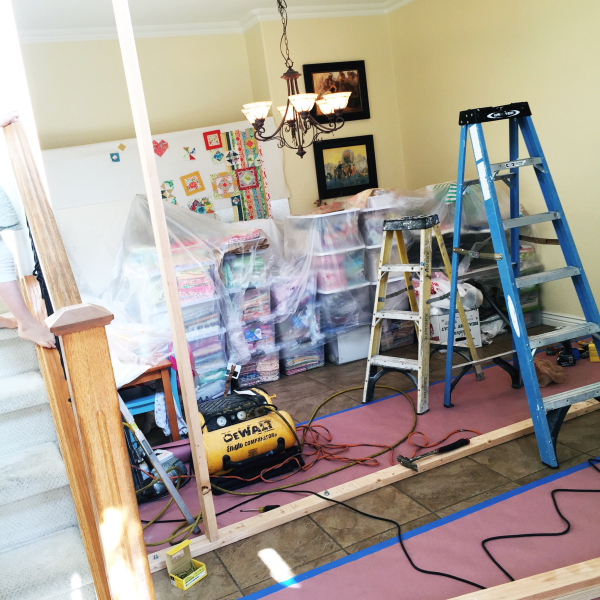 it's not all gypsy wife mania around here. there is some construction mania going on, too! we are finally enclosing the dining room-turned-sewing room with a wall and some barn doors. i sewed my little heart out over the weekend in preparation for several days off. 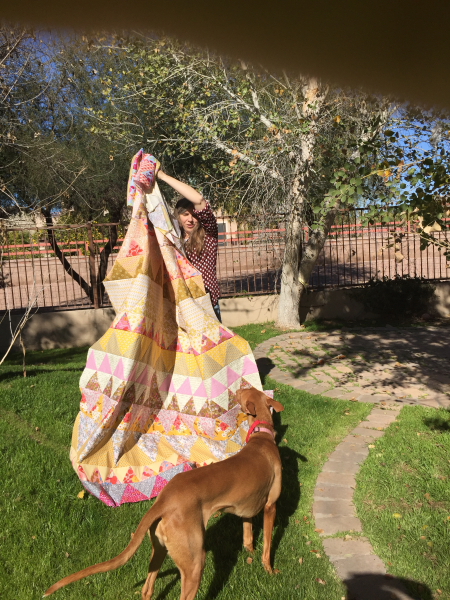 i was trying to get a few projects off the floor and wall before the construction began. of course, everything took a whole lot longer than i anticipated. i did manage to get all my triangles sewn together, and was going to take a photo of the flimsy but it's too tall to hold. apparently daughter #3 took some action shots of me trying to get it up above my head while the dog came over to inspect. (actually, doggie was waiting for me to lay it on the ground. she thinks anything spread on the ground is an open invitation for her to lay on it.) with the dog photo bombing and daughter's finger on the top, it was too good not to share. #reallife 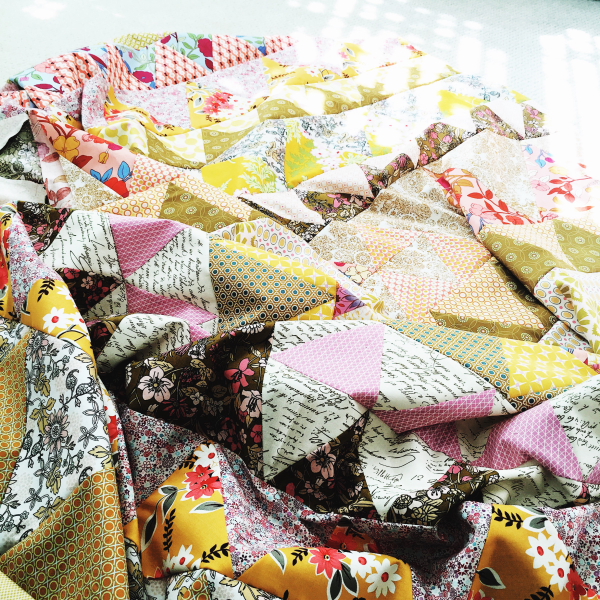 i figure everyone is tired of seeing it "in progress" anyway so i'd better save the full frontal photo until it's a finish for real. for now, it's laid out on the piano room floor.

goodness, this was some work! i thought it was simply a matter of getting the rows all sewn together. then i realized some of the rows were a few inches too short. this required unpicking and adding on to rows that were already in place. there were several partial seams required (good practice for that "hope of hartford" block i've been avoiding for gw) and maybe even one legitimate Y seam, when i discovered one of the triangles had been attached in it's row with poor tension. deciding to widen, and consequently lengthen, this quilt complicated what was a very straight forward bit of sewing. i'm ready to put this one away for a while. when i finished it i had two thoughts: "that's a lot of triangles!" and "yay! it's done." 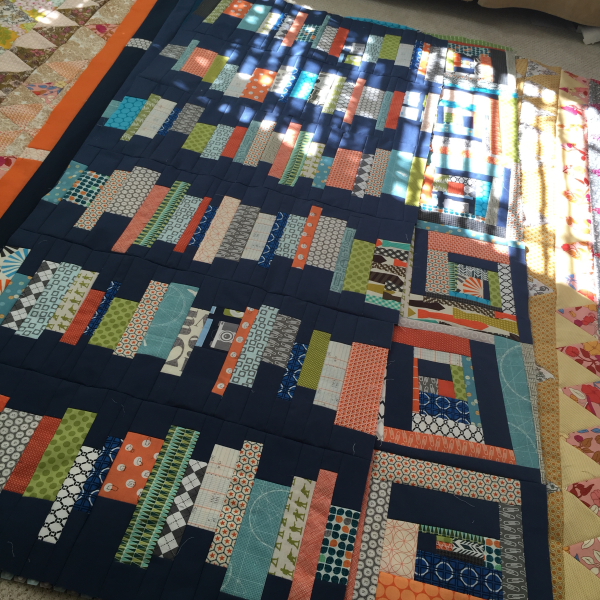 and this guy is on top of it, still in two pieces. i was this close to getting the final middle section sewn in. but i didn't. looks like i have a quilt pile gathering on the piano room floor again! (holy cow - this post from almost exactly two years ago is like de ja vu! quilt pile on the floor and gypsy wife on the design wall. funny.) if i were to pull out the penny patch 2.0, there would be three (nearly) completed tops ready and waiting for sandwiching and quilting. that's pretty exciting. and i think having three to quilt in a row will be good for my quilting skills, what with all that practice. so whichever one i want to look the best should probably be last in the queue.

linking up with lee's wip wednesday at freshly pieced.
Posted by hydeeannsews at 7:30 AM