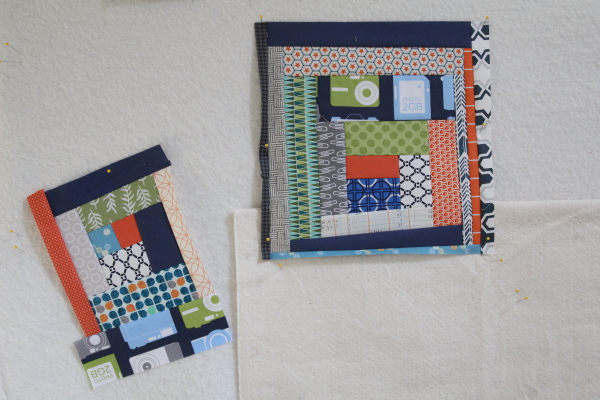 sewing time has been sporadic at best lately. still, some is better than none! the quilting projects creep forward, stitch by stitch, and block by block. i thought i'd do a quick wip report to see where my major projects stand. the idea of digging up and photographing the half dozen minor projects did not appeal to me this afternoon. that'll wait until the end of the year review, i suppose.

first, the priority quilt for s1/the boy, is nowhere near complete. after i finished the first row of wonky log cabin blocks, i began to question the design again. but i got over that and started on the second row of 7 blocks, the one and half blocks above being the result so far.

so, no, there wasn't a fab family photo with everyone sporting their personal quilt as a prop. maybe next year! which, coincidentally, will likely be the last year they are all at home. so maybe that will be a better year to commemorate with their quilts and favorite books. 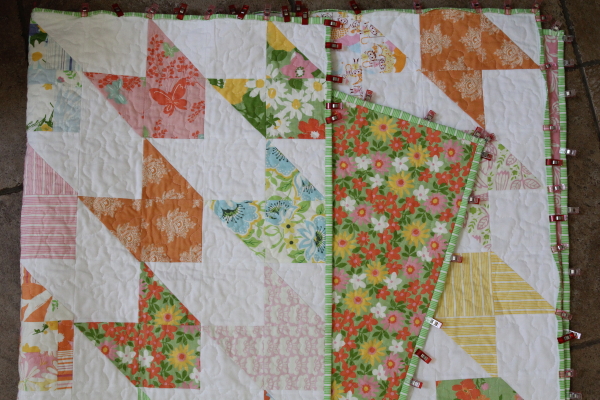 the next major project in the wings, and the only other one i'm allowed to work on, is the "dreamin' easy" arrow check quilt, which is in the binding phase. i can take this with me to high school soccer games, which just started. this has the added bonus of keeping my lap warm during the games in the chilly fall weather. since i only manage about a few feet a game, this might take the rest of the soccer season to complete! 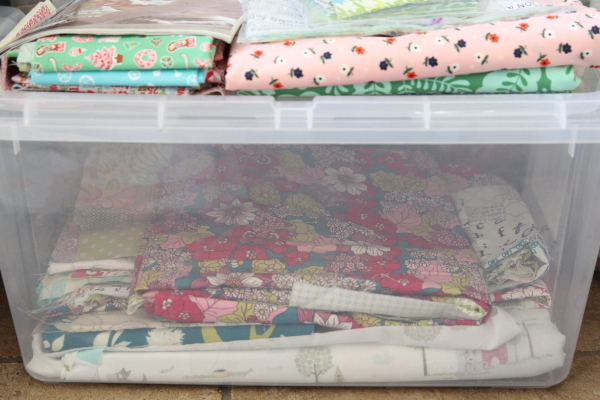 the third major project, which is pretty far along, is penny patch 2.0. it's top and backing are languishing in the project box i took to (but did not touch at) the cabin this summer. as soon as wonky gets done, this will be sandwiched and quilted.

i even forgot all about the fourth project - my triangle indian summer blanket quilt - because it's buried under the wonky quilt on the design wall. it looks like i have at least one quilt in every phase of quilting: piecing, quilting, binding.

there is no christmas-y sewing going on around here, although there is one little girl who would like to make a six and one half dozen christmas quilt with some fat quarters (stacked on the box above). the other wips, like gypsy wife and sugar block club, will just have to sleep where they are until early spring.

and then it will be time to dream up something new!

but for the winter, i'm buckling down to some slow and steady finishing.
happy sewing, y'all.

linking up to lee's wip wednesday at freshly pieced.
Posted by hydeeannsews at 2:23 PM