helping low-volumes stand out in a pattern 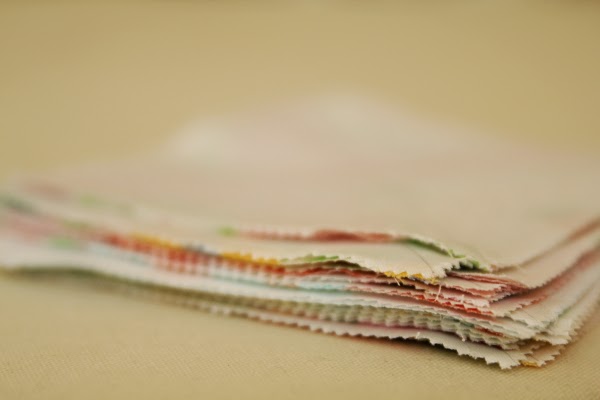 i've had a few chances to get around to my arrow check blocks. i love how quickly they come together! that pile just grows in minutes. i have made all the blocks from the charm squares of "dream on" and have completed about half of my supplementary fabrics now. it might seem this is taking me a while to finish for such an easy block but the fact is i have only spent a few minutes here and there spread out over the few weeks i've been making this. anyone else with a good chunk of hours could have knocked this top out by now. for myself, i'm just pleased it's so quick relative to how slow i usually move. 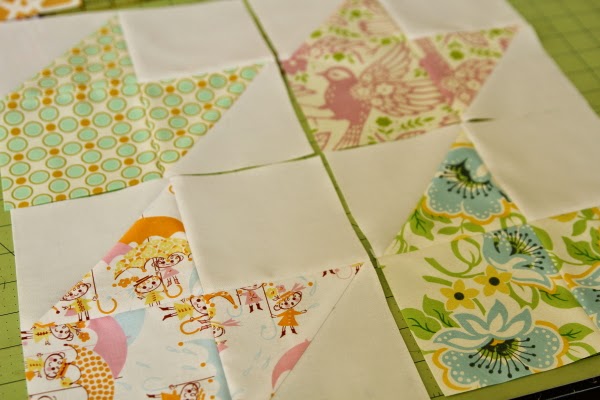 after i made my initial fabric pull, i noticed several of the fabrics were low volumes on white backgrounds and i was afraid they weren't going to be distinguishable from the background arrows once worked up. my first idea was to use other light-colored background squares in addition to the moda bella solid charms i was using. i even picked up yardage of two colors. but on reflection, i realized this was going to complicate my process a whole lot; that it would require me laying out all the squares before sewing anything so i could make the solid-colored arrows one color each and not just have a mottled background. that was more than i was willing to do so i just started working up the low-volume fabrics to see how they looked. i was pleasantly surprised to see that they were holding their own! 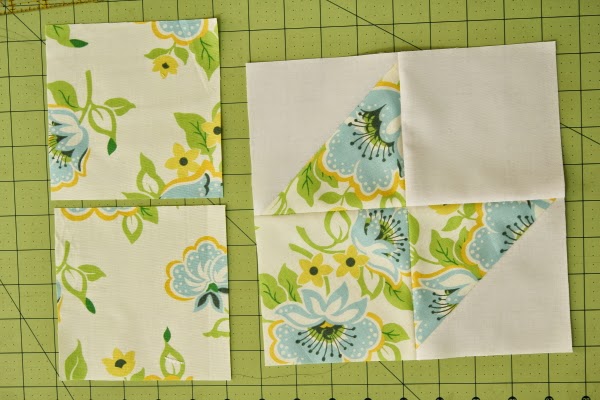 a few of the charms i cut still seemed like there was too much white in them after i cut them. this heather bailey "church flowers" print from "nicey jane" collection, for example. but i really wanted to use this print because it has the feel i'm going for and i just love it, too. on examination, i noticed there were large areas of color the right size, so i decided to fussy cut my charm squares out of those places. hey, presto! it worked. 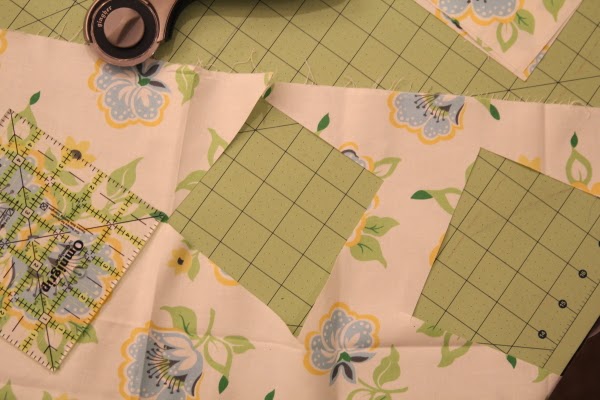 yeah, there was some definite bias cutting going on, but that didn't give me any problems when sewing. i explained to d1 my brilliant solution to the problem and she responded, "well, that looks really wasteful!" then i showed her how i was cutting the leftovers into triangle and rectangle scraps to be used in future scrap projects. she decided maybe i knew what i was doing a little more than she thought. 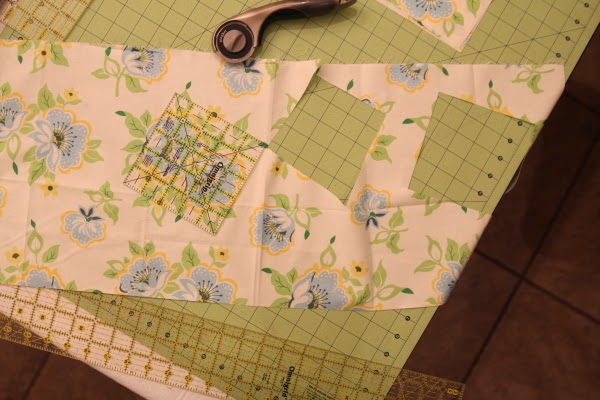 now i wouldn't normally be so free with a treasured fabric, but i have more yardage of this and i was only working with a 1/2 yard cut here so there was plenty of that left over once i cut enough charms. and now i have all these cute scraps to work with, too. all this fussy stuff has taken a little more time than just straight cutting-and-sewing did, but it's worth it every now and then to get it right. i'm all about moving fast when i'm able, but the end product has to be considered, too. i feel like i've found the right balance with this project so far. a few more short sewing sessions and i should have a top to show! if i'd stop starting new projects, that is.
Posted by hydeeannsews at 12:59 AM