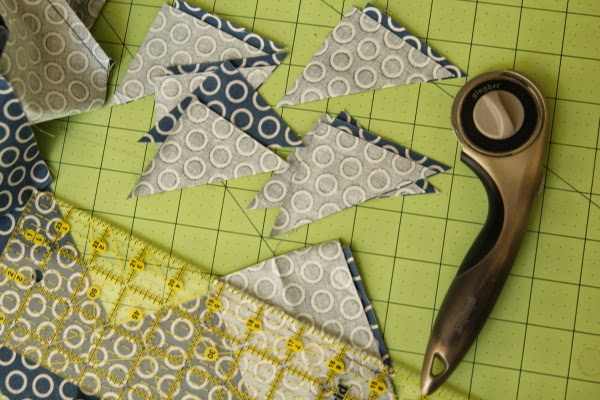 i like a lot of things about the binding phase of making a quilt. one thing i especially like about binding is all the hsts you get out of trimming the joints. 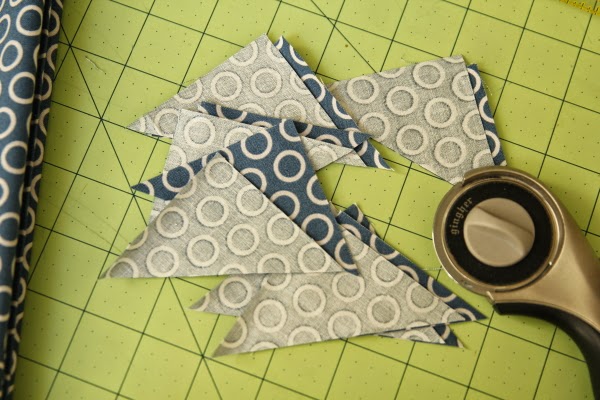 i save all of these in a box so someday i can make a certain scrappy quilt from sunday morning quilts. it'll be scrappy and awesome; sort of a scrapbook of all the bindings i've ever used on my quilts.

this particular binding is going on "bandwidth", which is long overdue for some binding and finishing. pieced in late 2013, quilted late 2014, and now going for the finish in early 2015. so close.

at first i was going to put on a bright orange binding but thought it'd be too bold, sort of stand out more than i wanted. then i tried out a few different shades of blue prints, and considered doing it in solid kona windsor blue the color of the large panels in this quilt. i really don't want the binding to draw attention to itself. then i began to think a scrappy binding made from all the fabrics in the strips would be great. 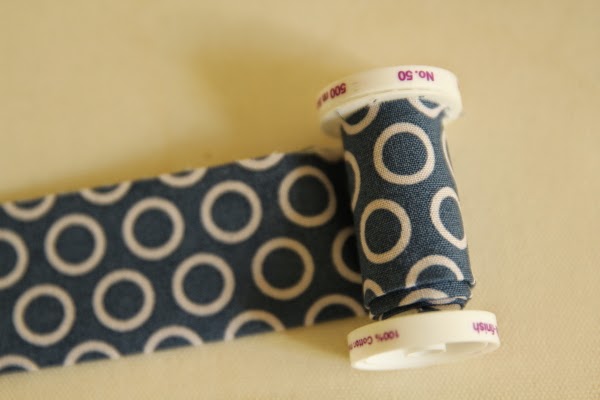 but when i pulled out the scraps to see what i had for strips, i found a large wad of this navy and grey circle dot (rings, maybe?) fabric from "superstar", the main line used in the quilt, and it just seemed easier to make a single fabric binding. i'm happy with this decision, the course of least resistance.

i've seen other quilters roll their binding on an empty thread spool and since i sew with it on the thread pin, i thought i'd give this a go. so i began winding it on a spool as i was pressing it in half. this didn't work out too well for me because it kept getting wrinkly on the inside layer as i wound, kind of like a sleeping bag will when you are rolling it up, if that makes any sense. i think it was because the spool is so narrow that i was starting out rolling too tight. going to the trouble of pressing it nicely in half, it didn't make sense to me to wrinkle the fabric on the spool. 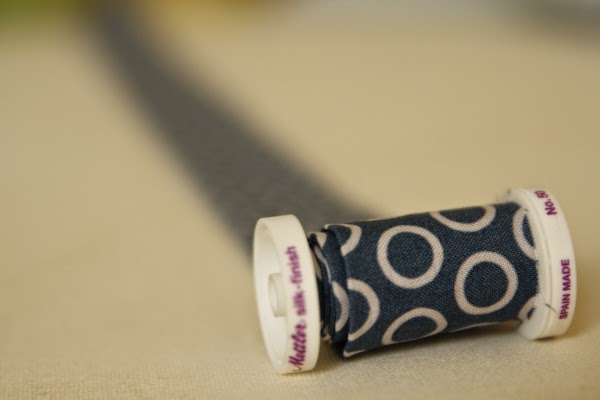 so although it was looking cool, i took it off and just rolled it freestyle like i normally would. i'll try the spool again another time. i was too anxious to get the binding going to mess with the winding method too much. i actually tried to insert the spool after i had it wound, but the center of my binding roll was too tight for the spool ends to go through. go figure. 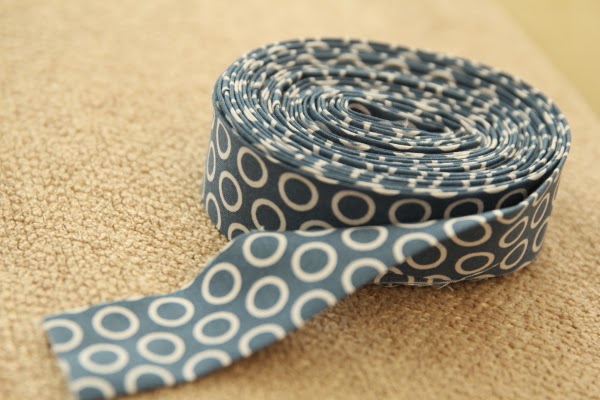 at last, a complete binding roll, ready for attaching to the quilt.

i did something completely out of character here: i changed thread colors. twice, even! normally i am a "sew with whatever neutral color is on the machine at the time" kind of girl, which means i mostly use white or cream for everything, even dark stuff. i know it's supposed to show up if you do it that way, but call me crazy - i just don't see it. i think it blends just fine.

however, i'd already quilted this big boy with a contrasting thread that showed up too well on the navy panel sections. since i was going to machine attach the binding for durability purposes, i did not want a light colored thread showing up, and calling glaring attention to, every single mistake and wobble on my machine binding, which is tenuous at best. plus, i have a small collection of various aurifil shades, some purchased when i was going to quilt "bandwidth" in multiple colors, that would potentially blend in with the binding. 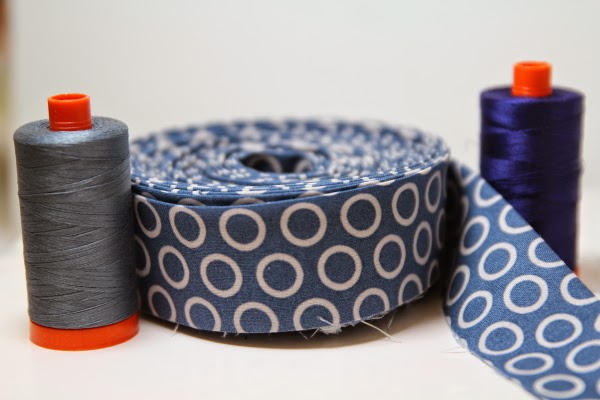 i started by attaching the binding to the quilt top with the deep, glowing blue on the right above, but decided it didn't blend as well as i wanted. so i switched to the grey on the left for sewing it down on the back. 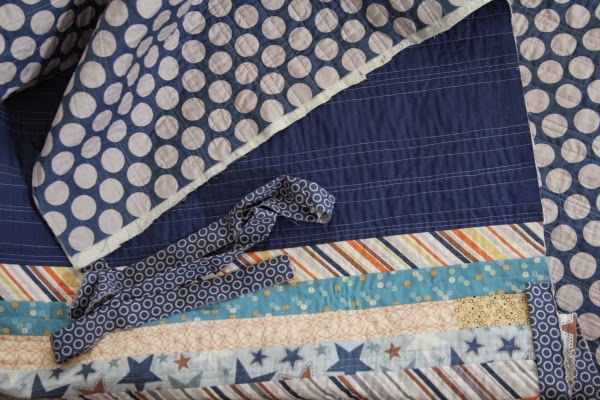 as i rounded the fourth and final corner of this very large (90"x100") quilt, heading for the home stretch where i was going to complete this beast, i stopped to check the back . . . and discovered the backing was an inch short for several feet on the last corner.

how this happened, i'm really not sure. i haven't touched this quilt since i completed the quilting nearly three months ago. i thought i had squared it off after the quilting was done. but as i was attaching the binding, i did notice the edges seemed a little choppy, more like they were cut with scissors rather than a rotary blade. my best guess is i first scissor trimmed this and meant to/thought i had later rotary cut it. that would explain a lot.

so here i am, almost done. but not. this is the second project in a week that got put in the corner of shame/timeout/doghouse to be dealt with when i have simmered down and feel capable of dealing with it.

fortunately for me, i have plenty of other projects to distract me work on in the meantime.
Posted by hydeeannsews at 7:50 AM