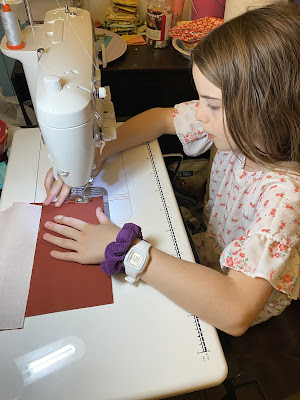 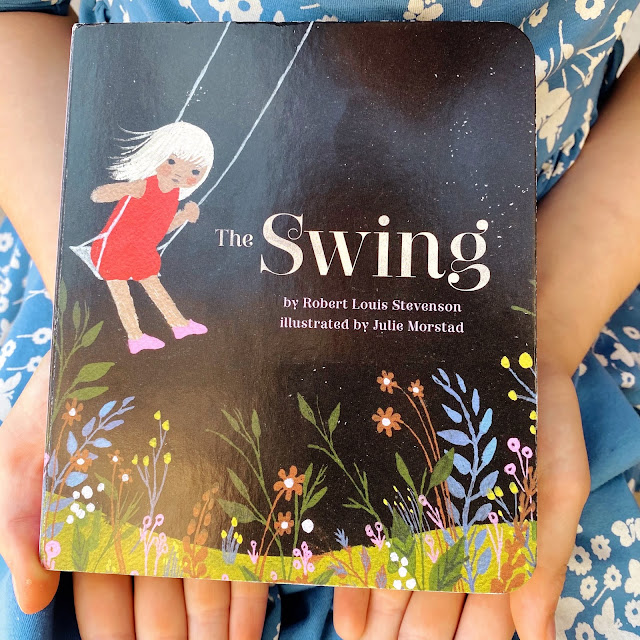 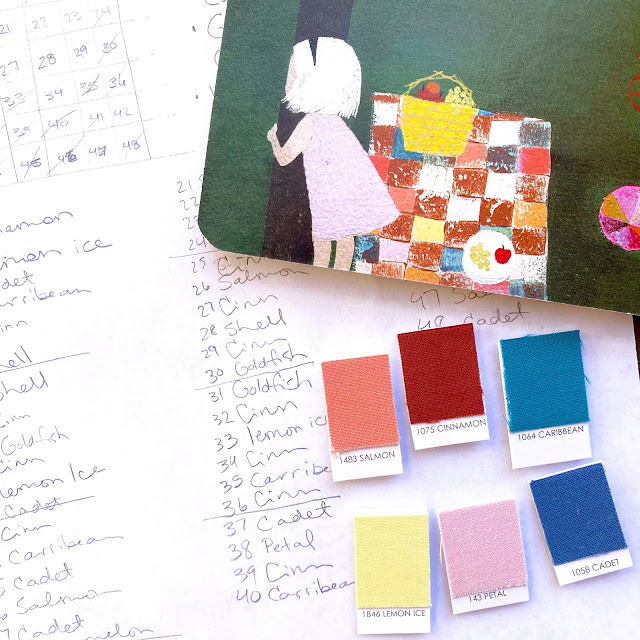 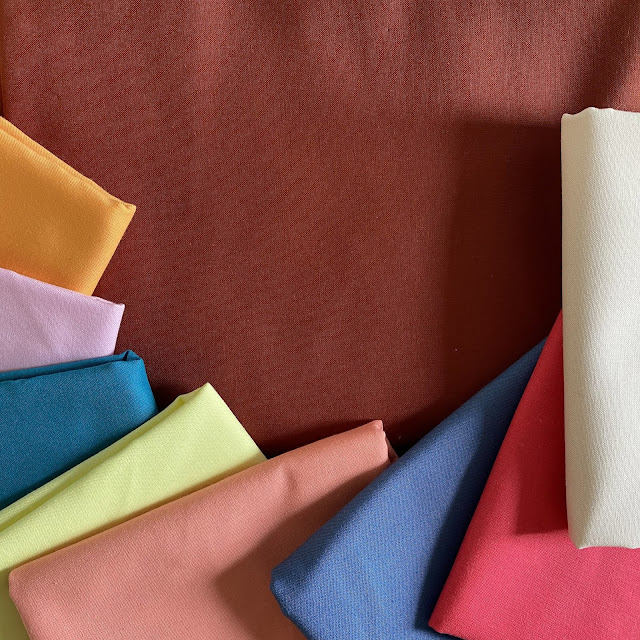 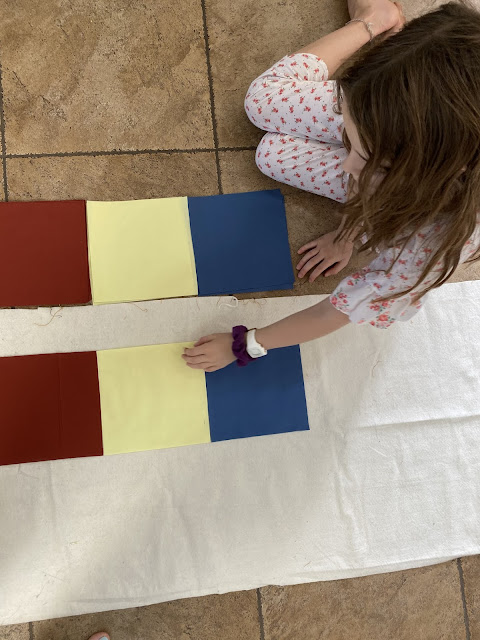 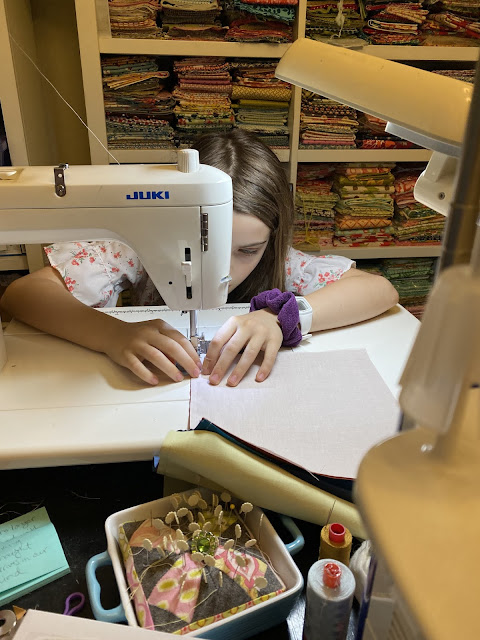 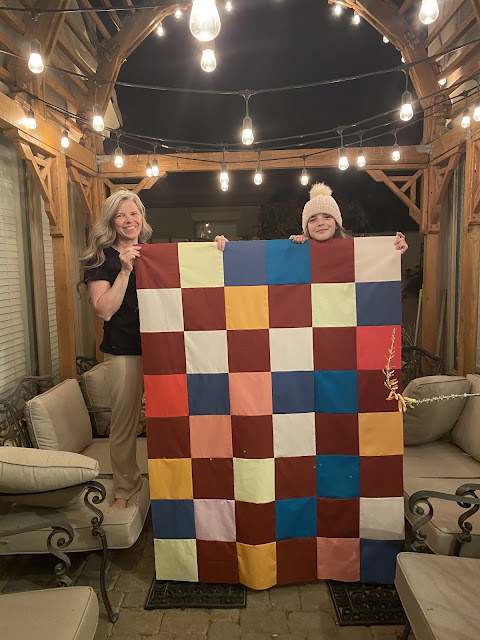 by bedtime, we had a completed quilt top - her very first. she's so happy with it and i'm so happy with her. the way the colors are laid out isn't exactly how i would have placed them if i were choosing for myself, but it is a faithful reproduction of the quilt in the illustration. we love it. it feels like something you'd find in an old farmhouse that your great-grandma made from scraps. we call it "the pleasantest thing" which comes from a line on the same page as the quilt illustration in the book.
backing, quilting, and binding coming up.
and then we have plans for more quilts inspired by the book! there aren't anymore quilts in the pictures, but each page is an absolute delight in color palette and layout, so we've got lots of ideas for a series to represent each illustration.
i can't think of anything more pleasant to do with this girl.
Posted by hydeeannsews at 2:28 PM