at the end of my spool 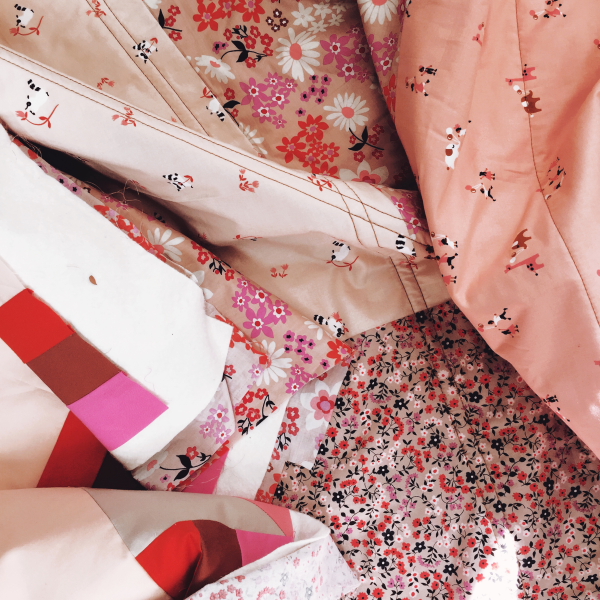 i have been working with the yummiest fabrics in shades of peach, red, sand, cinnamon, petunia, and navy on this "mary, mary star contrary" quilt. i bought the prints for the backing separately, at different times, but i think they are all cotton + steele prints. originally, i was going to use only the two florals, but they fell short of the size i needed, so i added those adorable raccoon and circus prints. 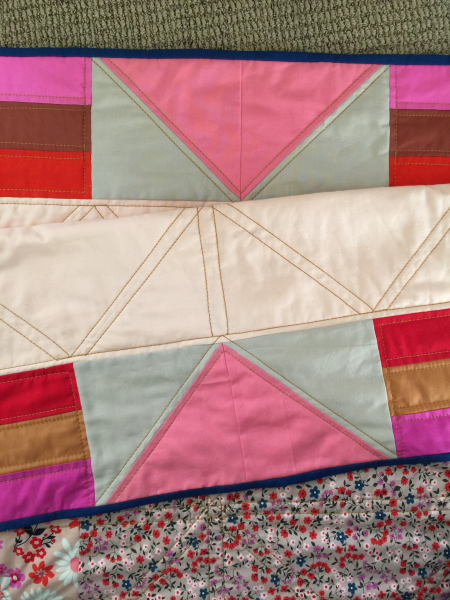 something about the stripes on the border ends makes me think of chocolate wrappers and gets me drooling! the two border sets are in slightly different colors, with 3 stripes chosen from the center star selection of eight, and a flying goose block out of the other two colors set in each border. i really should have used the two blues, which i used as highlights not full colors in the center star, as a thin strip to separate the border from the peach background, but it seemed like too much work at a time i wanted to be finishing a quilt top. i think using one as the binding color was a good second choice. 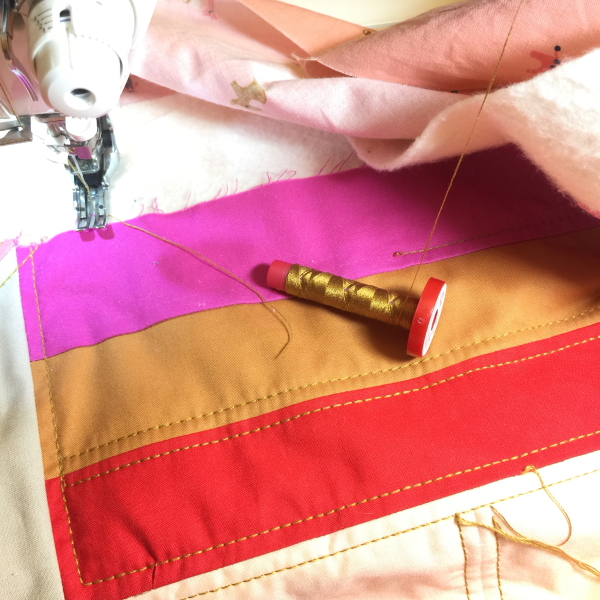 i chose to quilt this one in chunky 12wt auriful thread in Brass, at a larger 3.5 stitch length. i love how it resembles handstitching and stands out so nicely on the simple quilt design. 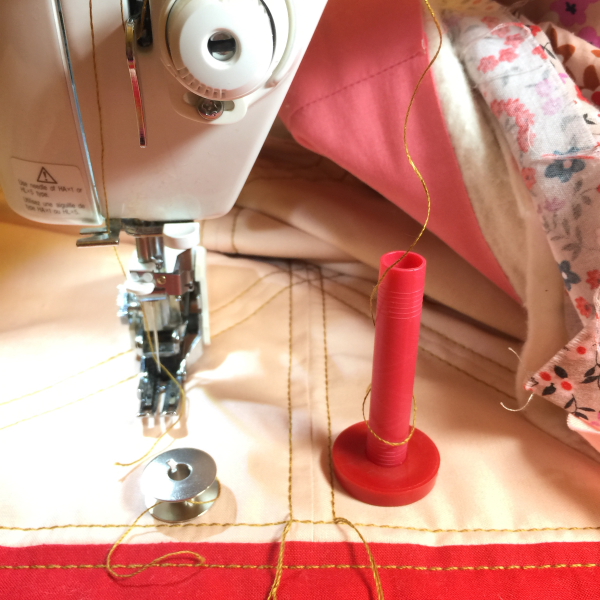 this is the 3rd "stella grande" quilt i've used brass on, so i wasn't too sure how far i'd get with what remained on the spool. surprisingly, i got almost to the end of my quilting on just the one spool! i had to guesstimate how much bobbin thread to spin on three different times at the end. you can see in the middle photo above that i got nearly done with my last complete bobbin, with just a few inches of the border left to go. i could have stopped quilting there completely, but i wanted to do a few more vertical seams for added stability. the last photo shows where i was when i finished one of those lines! talk about cutting it close.

after searching for more brass at the two places i normally get my aurifil 12 wt and not finding it stocked anymore, i was able to locate some at hawthorne threads. thank goodness! i got a few spools, which allowed me to complete the rest of this quilt and leaves me enough for several more in the future.

i don't like playing it so close with my threads, but it can be a little exciting, too.

in a "quilter home on a weekend night by herself" kind of exciting way.
Posted by hydeeannsews at 4:30 PM