how to get time to quilt 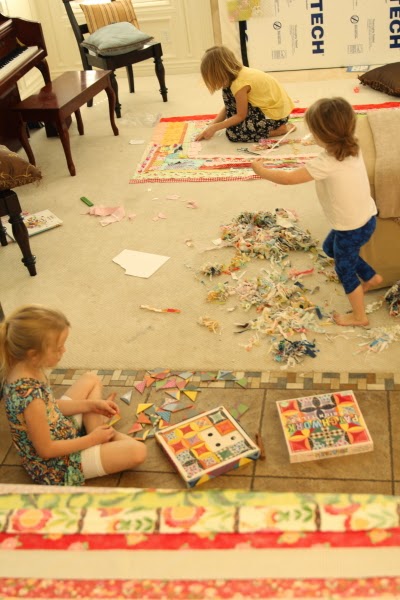 i had a quilting deadline this weekend. my dear friend, jill, who used to come sew with me on friday mornings before she moved away 9 months ago, was coming into town and i needed to finish up that "bloom where you are planted" quilt so i could give it to her when we would be seeing her on sunday. i had a top and two days to do the rest.

on friday, the marathon finish started. i had to stop to tend to the children so many times, which can be frustrating. but it's just the way it goes around here. i got rather desperate to entertain them, so i pulled out all the stops, using my best tricks and most desperate measures. namely, i let them make a complete mess just so they could be with me but entertained as well. 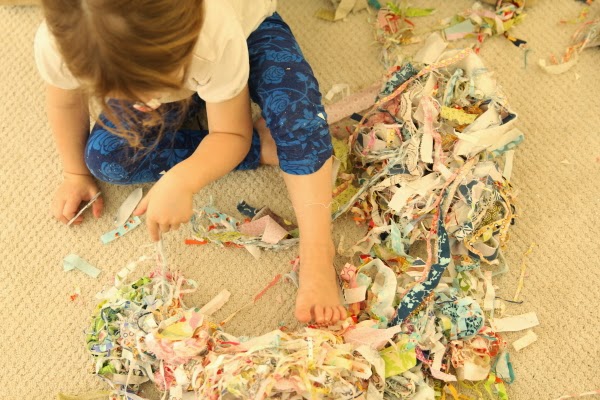 d5 loves anything to do with scissors. i gave her a pair of snips and a bag of stuffing strings. this worked on and off, but not as well as i had hoped at keeping her busy. she'd rather "help" me sew or jump on my back while i'm at the machine, yelling, "climbing monkey!" when she does. i just have to go with the flow and periodically stop to read books to her. 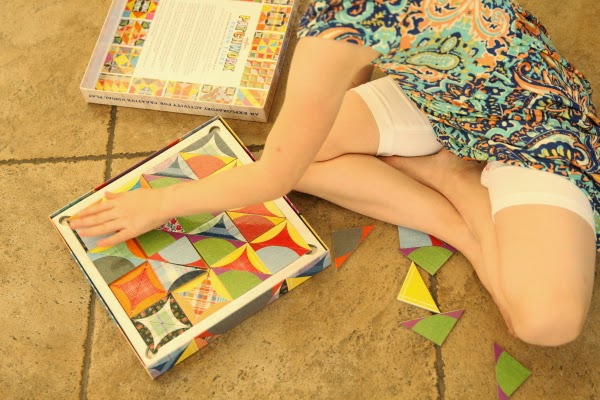 d4 spent a lot of time playing with the eeboo patchwork tiles. and then she got out her sewing box and made some pjs for a toy bird. 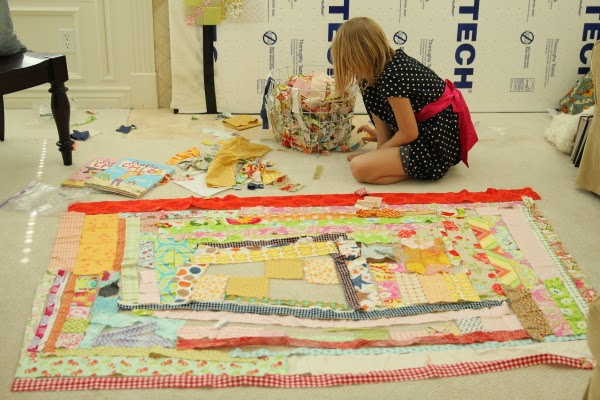 d3 stayed the most involved, picking out scraps for her gee's bend inspired concept quilt. but she did have a meltdown moment when i had to pull all the pretty little strings she'd taken from her little sister's stuffing strings pile. she just couldn't understand about 1/2" disappearing into the seam allowance and why she couldn't use pieces smaller than 1". "But its going to ruin my whole quilt if you take those out!" there were tears, but i think we've moved on. i gave her a small 1"x6" ruler and told her the pieces for her quilt had to be at least that big.

i think there were other desperate things i tried, but in the end it paid off because i got this done: 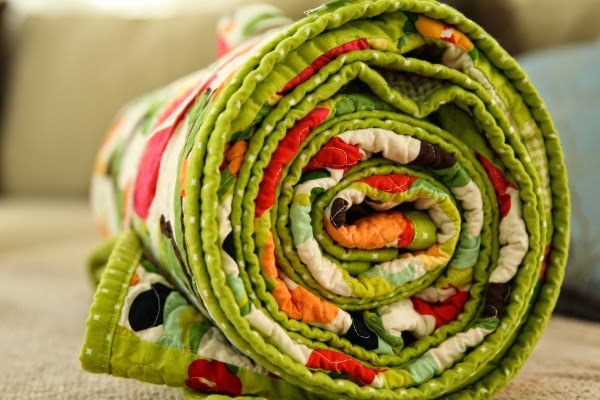 i'll get a proper post of this finish up as soon as i can.
Posted by hydeeannsews at 7:51 PM