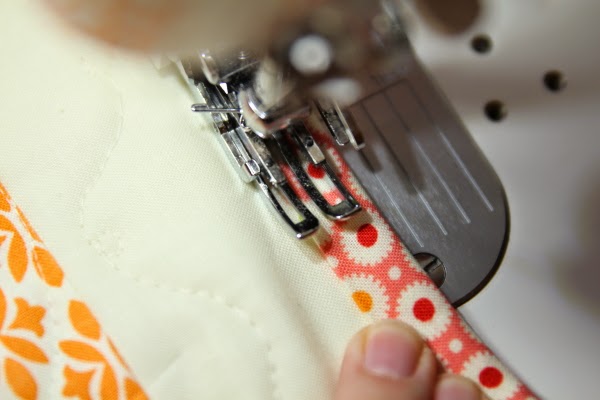 not only did the quilting stitching go well on this quilt, i had pretty smooth sailing through the machine binding, too. since this is a baby quilt, i decided to machine bind for added durability. this is the 4th or 5th baby quilt i have machine bound in the last month or so. i'm so happy to report that it really does get better with practice. and more patience and attention to detail. here's what's helped me improve: 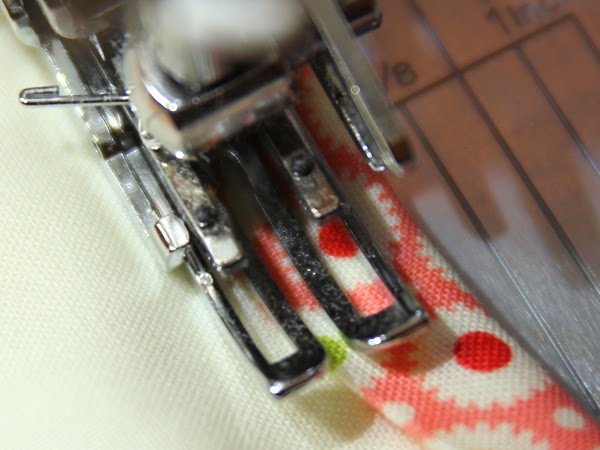 you can see that the walking foot has two toes, which both are open in the middle. look inside the toe on the left: the outside edge of my binding is just barely a smidgen visible along that little opening inside the left toe. the barest line of pink is visible inside that opening. that's what i found to be the right set up for my machine and foot. since the needle falls about 1/16th" to the right of that toe's inner edge, it gives me the perfect seam allowance to catch the edge without leaving too much flap there. on the other side of the quilt, there is a seam about 1/6th" from the edge visible on the binding. this is how i like it. 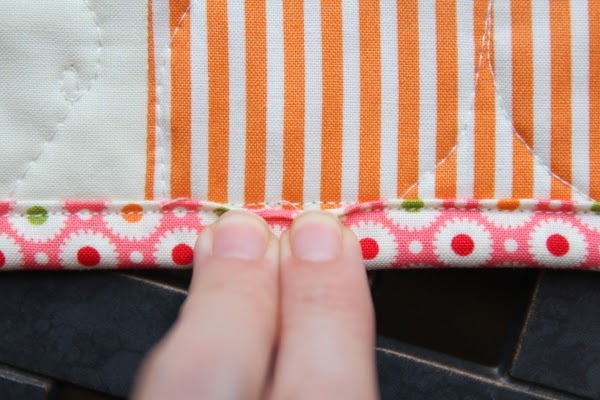 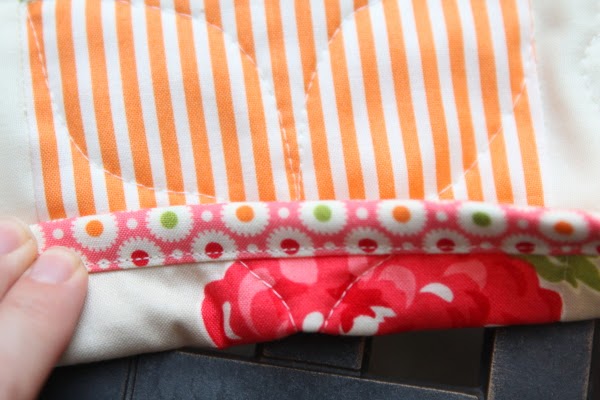 when i flip the quilt over to the back (the side i originally attached to binding to the first time before folding over), you can see that the second seam shows up almost at the edge of the binding.

it feels so good to be improving at this machine binding! after my first dismal attempt, i was feeling as if i'd met my quilt chore match. i guess even an middle-age quilting dog like me can learn new tricks. that's good because there is a whole lot more i want to learn about quilting.

linking up to kelly's needle and thread thursday at my quilt infatuation.
Posted by hydeeannsews at 5:27 AM