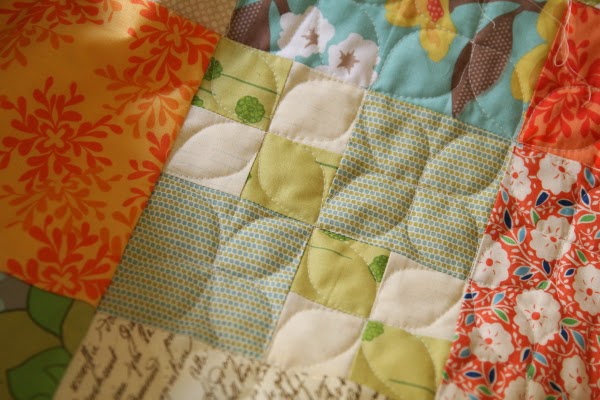 really, i have not much to report on the sewing and quilting front since i'm still plugging away at the dogwood quilting on my penny patch quilt. that and a few bouts of handbinding whilst at the park and during movie night with my daughter is it. that's why it's been so quiet on the blog. 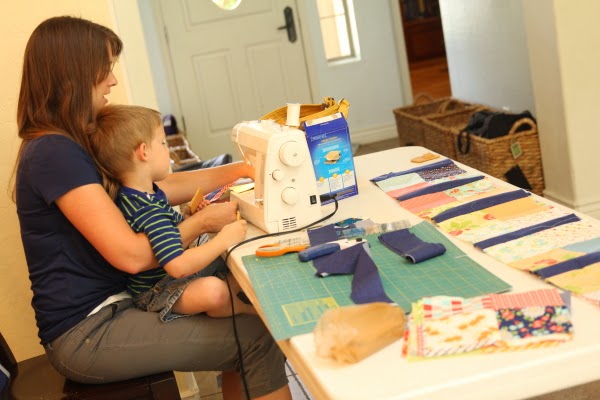 however, there is one event worthy of note. on friday morning, my friend becky finally made it over for some sewing time! becky moved in our neighborhood about a year ago and ever since at least january we have been trying to get together on my regular friday morning quilt time. the list of reasons that have prevented us is exhaustive and almost hilarious: birthday breakfasts, husbands off of work last minute, vacations, illnesses, funerals, appointments, simply forgetting. one Friday several weeks ago, i was down in bed with a respiratory ailment so becky didn't come over but we did spend the morning texting all about quilting. that was fun, especially when i put the idea into her head that maybe she could get a machine upgrade for mother's day or something. but this week, at last, we got to spend a few hours sewing in person and chatting about our families.

becky, bless her, has five boys, three of them not school age, who came along for the morning. they mostly ate graham crackers and played around the house or yard. she's an incredibly patient and loving mother. any time she had to take a break to tend to one of them, it didn't phase her in the least. she just dealt with the issues and then got back to sewing. right now she's working on a simple charm square quilt, charms grouped into four patches and sashed. despite how often she stopped to help the boys or let one on her lap (they all took a turn), she got quite a bit done!

here's hoping this becomes a regular occurrence for us because i sure enjoyed it. and now that my dear friend jill is moving out of state, i need someone else who can talk fabric and quilts with me. 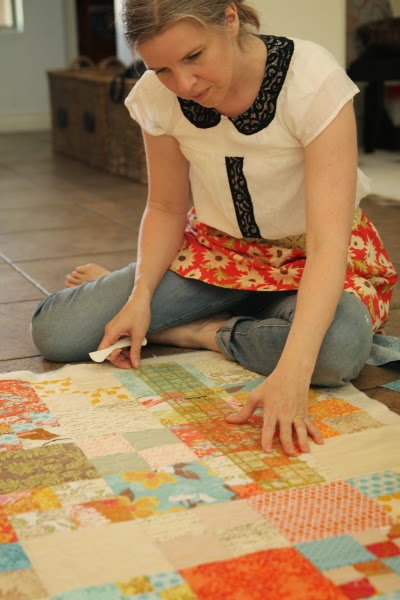 when i had finished quilting the section i originally marked out with a grid, i thought i had finished at least a third, maybe even half the quilting. but when i sat down to mark more of it and counted the squares finished, i found i'd only completed 28 out of 120 squares. that was disappointing! 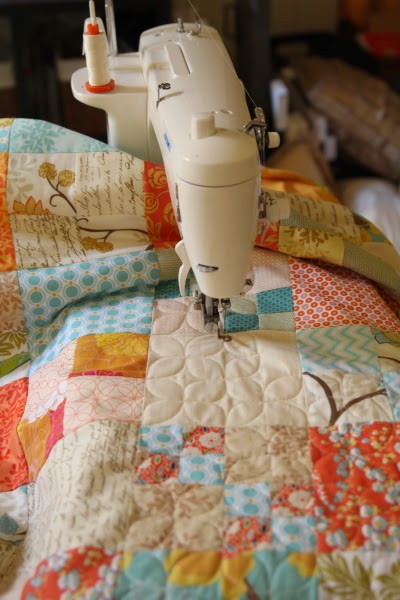 this is taking such a long time. good thing i enjoy it! however, it's kept me from doing anything else in between quilting sessions because i don't want to change out the foot to work on something else. then again, that's good incentive to keep at the quilting and not give up. although i may be running out of my aurofil thread soon. i hope this is the one i bought at a local store so i can replace it easily.

i'm really hoping this will be a finish by the end of this week because two weeks quilting on one quilt is enough. as i've been endlessly making petals, i've thought about the "leftover pennies" quilt i wanted to make with this pattern next time around. i think that one will be quilted using larger petals! the prospect of cutting my quilting time down to a quarter of what i'm doing now is very appealing.

linking up with gemma and the pretty bobbins i quilt thursday party.
Posted by hydeeannsews at 9:57 AM