I've tried to stay away from the computer, but a quilter needs a break now and then! so here I am to share what's on my camera from the last week. I was going to put it all in one post, but i'll just break it up and schedule shorter posts to publish through out the week. i'll start with the Halloween costumes. 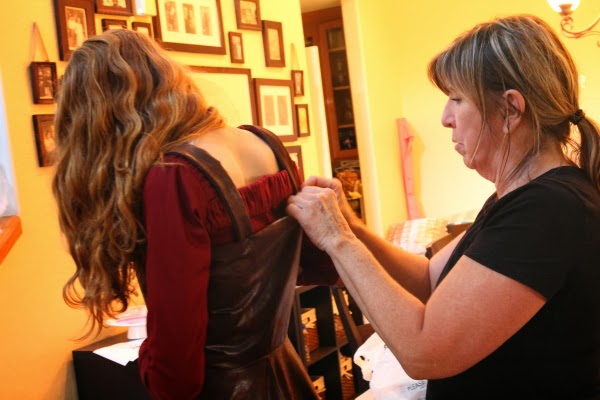 Tuesday: first Halloween event of the season: cousin costume meet-up at great grandma's house.  my mom was literally pinning my daughter into her unfinished costume as we went out the door. I have soooo many memories of this from my own youth. this was Eowin, Lady of the Rohirrim. isn't the gathering on the neckline divine? not that you can see it well here. i'll have to put her back in and get some detail shots because it was a very nice costume. versatile, too. i'm sure we can use it for something else down the line.

Thursday: Halloween and the big costume party at my seester marcee's house. once again, marmee was sewing up til the last second, but we had the general look we were going for on everyone. I got a few photos of some of the girls as we were running out the door: 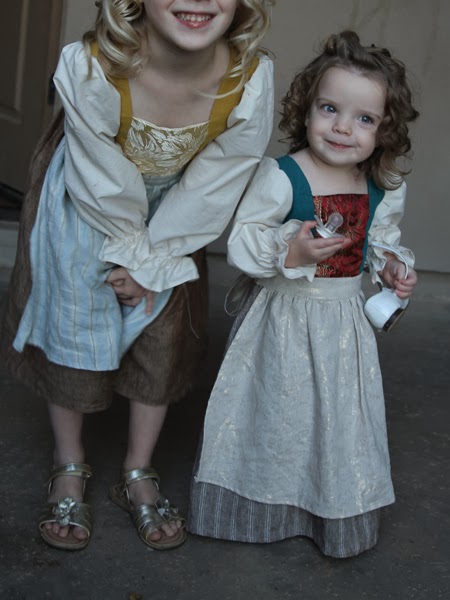 cutest hobbits in middle earth! these were my favorite costumes of the bunch. all the linens were scrumptious. you can bet the little one stole a lot of hearts that night. 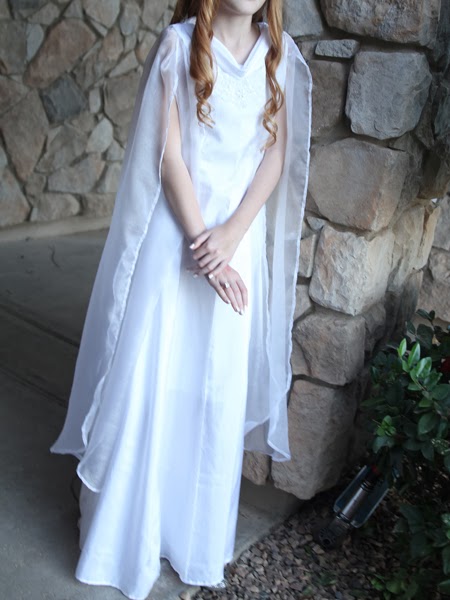 the Lady of the Woods, Galadriel - love her and despair. everyone kept asking her if she was a princess or a bride, so she finally gave up explaining. whatever she looked like, we knew who she was and it was pretty. 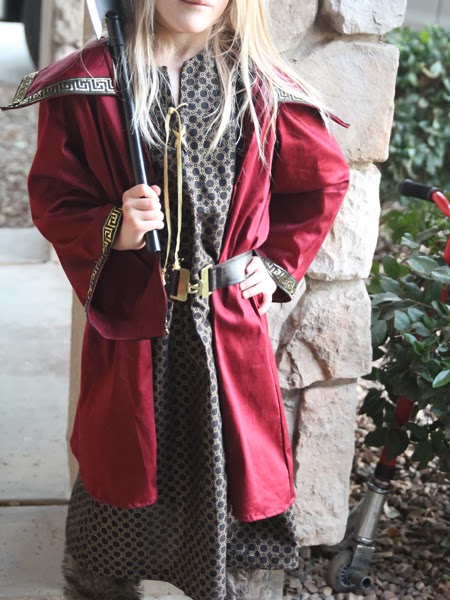 my ax-wielding 7 yr old dwarf daughter, ready to take on some orcs

yours truly as Arwen Evenstar (with my Strider and hobbit companion). i'm no Liv Tyler, but I liked the dress on me. the fabric was just right - flowy and not too heavy - and my spankz held me in nicely underneath. good combo.

Friday: the morning after - time for candy buyout with dad. all the kiddos gathered on the family room floor to sort their candy hauls and dad spent the next hour buying it off of them. the boys got creative with the blocks and made structures to house their goods. 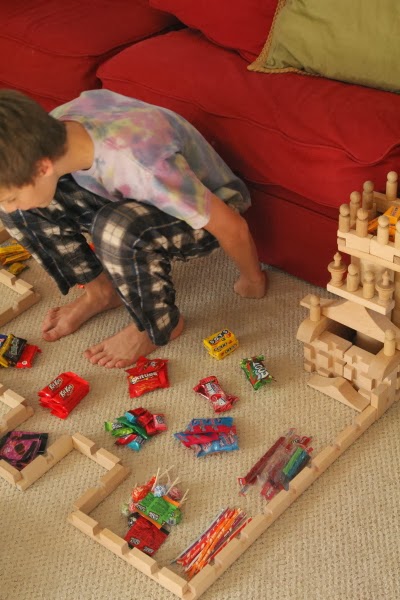 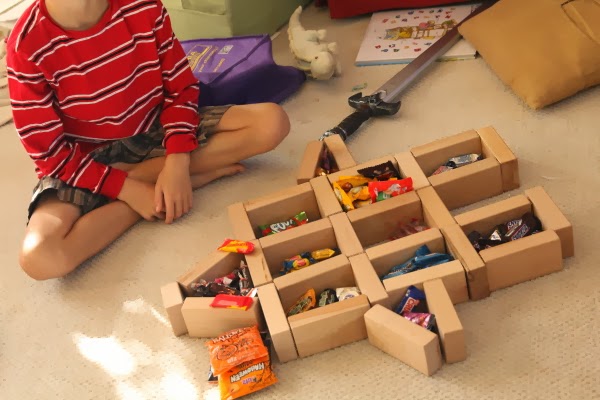 the mr managed to get them to give up almost every bit of sugar in sight. he is a high-pressure salesman (in a fun, friendly way) and makes some irresistible deals. money talks, even with kids. we may have spent way too much on over-priced, marked-up candy, but it saved us a bunch on cavity bills is what we're betting. don't feel too badly for them, they did keep a few pieces each and now they can buy something else they want even more.﻿
Posted by hydeeannsews at 3:47 PM