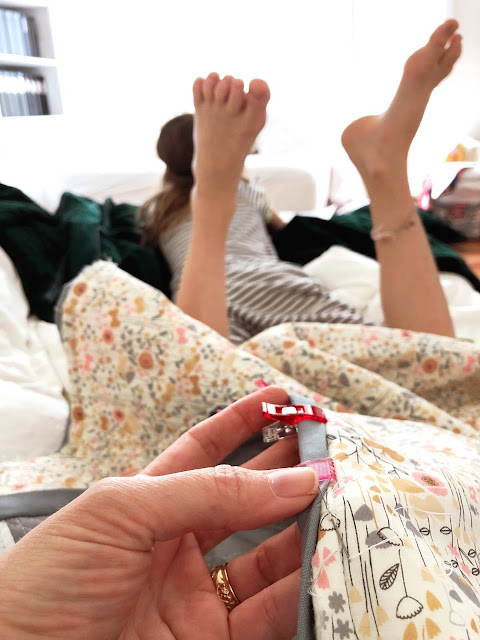 mid-october, our oldest daughter (d1) returned home from 18-months of church volunteer service in russia and kazakhstan. it has been a joy to have her home and under our roof again. it has also been an extremely busy season of life ever since then. hence, no quilting.

but about 2 weeks ago, as the youngest daughter (d5) and i were working on her homeschool writing, i picked up a quilt and began working on the handbinding. it felt good to be back in the game again!

i haven't done much in the meantime, but i have been able to work in bits of time here and there. 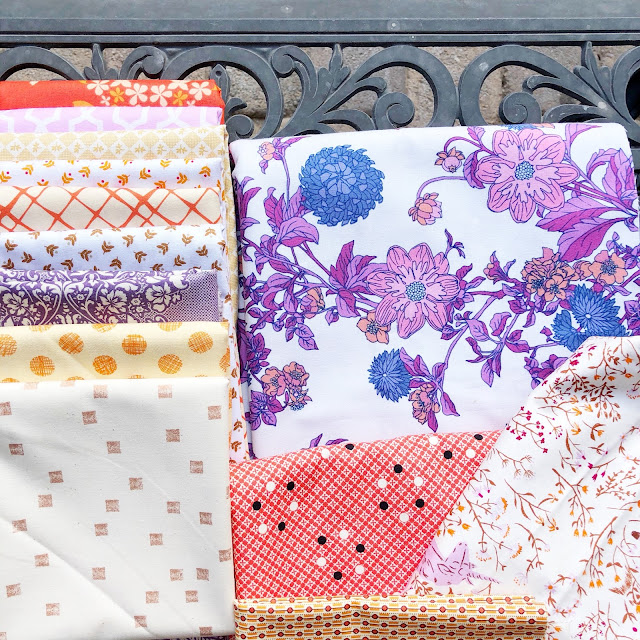 my husband took a short, two-day trip with his brother, and i made sure to get some quilt time in while he was gone. i finally got the sashing done on my fall log cabin quilt, and was able to back and baste it. i was looking at my favorite block from the quilt and thinking it would have made a great quilt all by itself, with just those fabrics (and a few other favorites). so i just went back to my two local stores and purchased more of the same fabrics. that's another quilt waiting in the wings now. 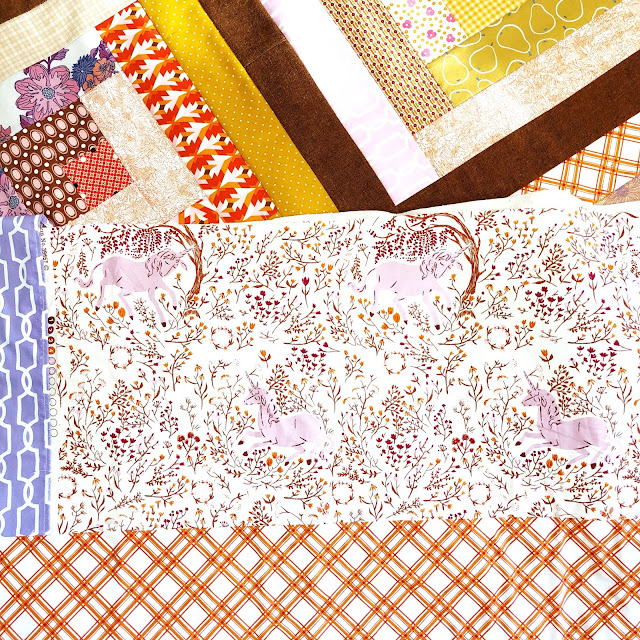 when i was putting the backing together, i decided to splurge on the last small corner the backing needed. who puts hard-to-find, out-of-print, heather ross unicorns on a quilt back?! i do. i think it's a really fun touch that will make the quilt that much more special for having a few unicorns hiding on the back side. they will definitely be noticeable there. i haven't trimmed the piece down yet, but about half of what's in the picture above will become available for use elsewhere.

i've also done a little work on my coins patchwork quilt and helped d3 get to the binding phase on her christmas quilt.

putting it all down here at once makes it seem like a lot has been done.

after all, little quilting chores equal big quilting finishes.
Posted by hydeeannsews at 4:19 AM