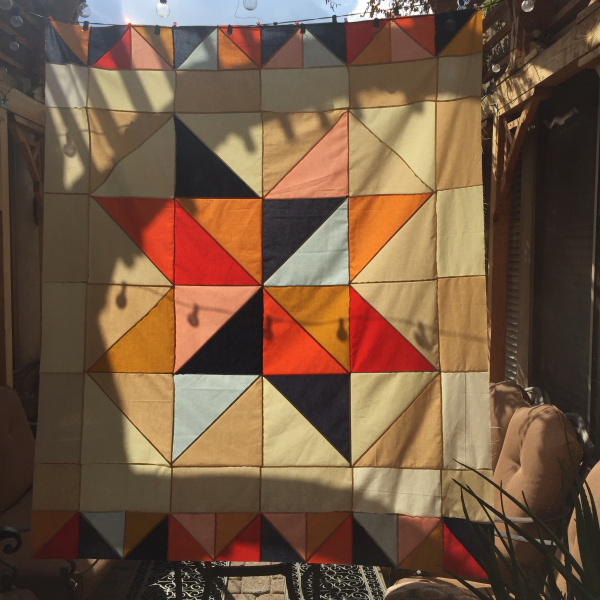 edited to note: i will eventually work up a tutorial for this quilt pattern. for those who have inquired, the large hsts are 12" sq finished, the neutral border is 6" x 12" rectangles with 6" sq corners, and the colored border hsts are 6" sq finished. the quilt measures 60" x 72", a generous lap size.

nearly as soon as i started this over-sized sawtooth star quilt composed of large hsts, i began dreaming of other color combinations and slight border variations that i could do with this basic pattern formula. i got all excited, envisioning a whole series of these giant star quilts. maybe one a month for a whole year!

and then i remembered this is me we're talking about. the world's slowest quilter who has completely sporadic, unpredictable quilting time available to her. the girl who was crazy enough to co-host a gypsy wife quilt along last year, and then had to bow out halfway through due to extenuating family circumstances. granted, we don't have major accidents in our family often, but our life is pretty demanding, nonetheless.

so i decided a commitment to some sort of timeline for a quilt series was out of the question.

but the colors wouldn't get out of my head or leave me alone. they were morphing and multiplying like rabbits in there. 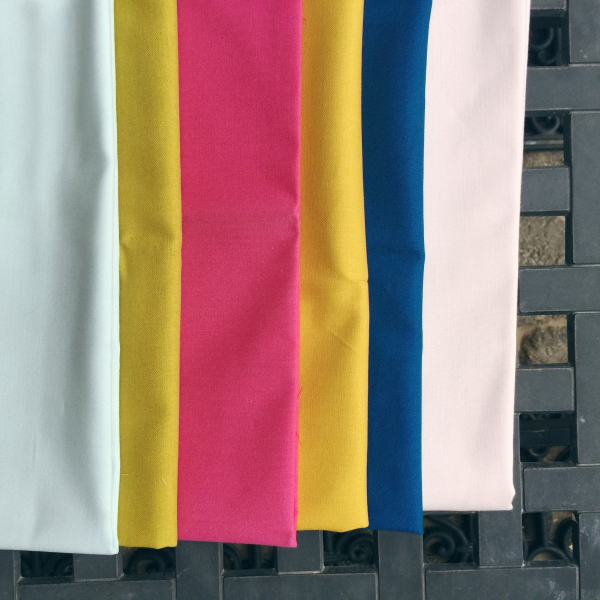 i literally fell asleep dreaming of color combinations. when i woke up in the morning, i went through the limited selection of solids i have on hand and tried to recreate what i'd been dreaming of. this pull came somewhat close, but not really.

i started to get obsessed.

so i packed the littlest one in the car and we went to the local(ish) shop that carries all the kona cotton solid colors, and i started pulling out colors.

i think i brought home about 20 different shades, including several pinks. 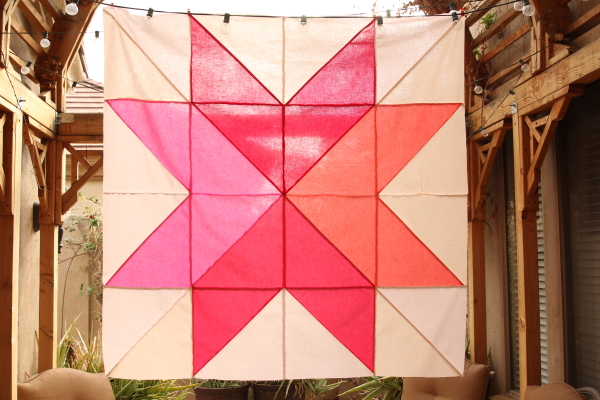 so when i got inspired by the love all around block by may chappell, which was made from the same formula as my star center, i was able to pull pinks off the shelf and whip one up in an evening. (realize, when i say things like "churn out" or "whip up," i'm talking about different speeds than the quilters who would have actually completed the entire quilt in the same amount of time. it's a relative term. my "whipping" is always interrupted by one of 8 people who need me to sustain their lives in various ways.)

shortly after making that giant block (with the intention of adding the borders like the first quilt), i decided my idea of a quilt series wasn't so crazy after all. i made the backing, basted, and quilted the first quilt (henceforth known as star of the circus) in one weekend. i did. me. i did this! it was so completely doable!

i jotted down several other ideas i had for color combinations, mostly based around some theme or color story i was interested in exploring.

eventually, i went back to the store for more color. 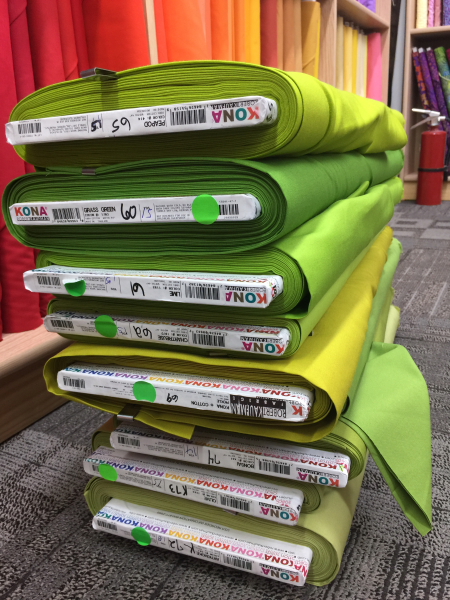 all kinds of greens, especially vibrant tones that echo "greenery", pantone's color of the year, and those with a yellow/puke-y edge to them. 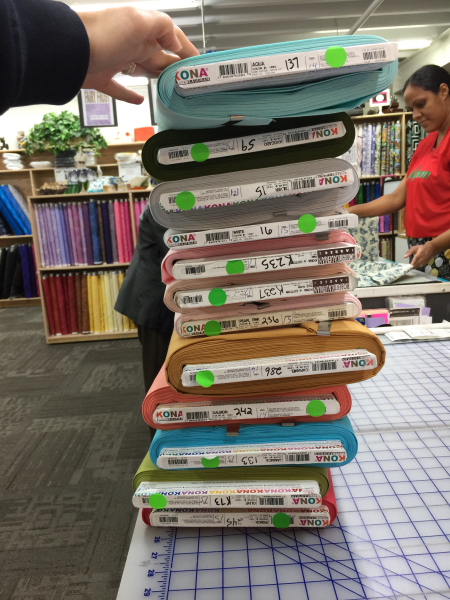 then there was an assortment of other colors i had in mind, too. 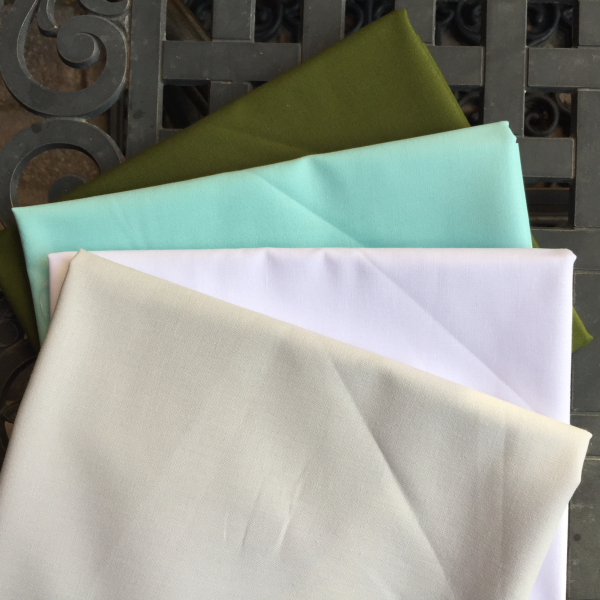 this is going to be a winter story of ice and snow and evergreen trees. 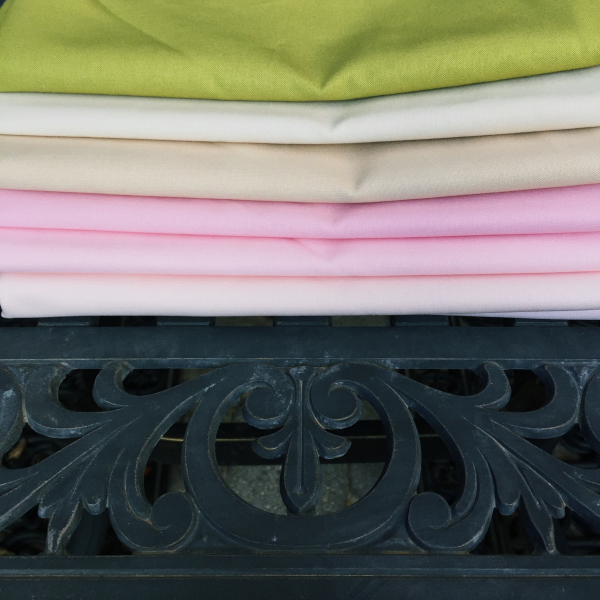 although i did have a green and pink floral story in mind, when i was shifting piles of fabric around, i serendipitously created this beautiful combo that i'm dying to play with, too. i'll be doing both the original and this one. 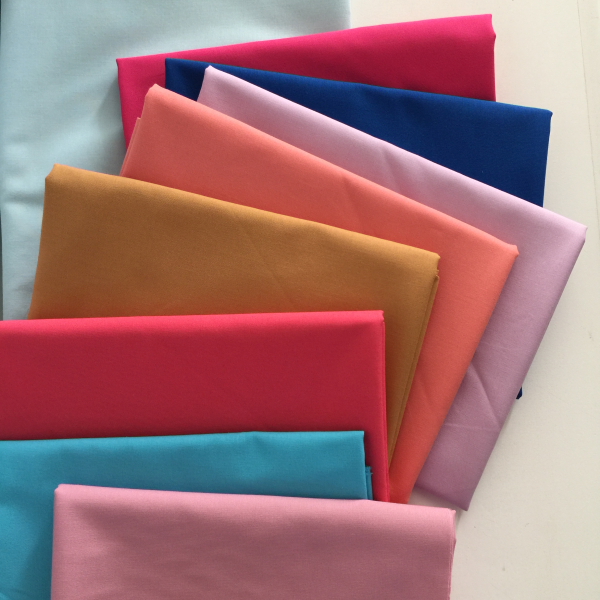 there's also this pile that was inspired by quilter jenna valoe's color palette. i'll admit when i looking at the photos from instagram and pulled these colors, i was a bit dismayed at first. individually, they weren't colors i would usually use. but put all together by jenna, i did like them. so i went ahead and got them. they are totally growing on me as a collection now.

and thus a series of quilts is born.

i'm not committing to timelines or a number. i'm going to play and see where it takes me.

but i did come up with a name for this configuration i'll be working with:

stay tuned to see how many stars get added to my constellation.

Posted by hydeeannsews at 1:53 PM