i've had several people tell me they enjoy when i share all my sewing debacles, or what i call "home ec moments." apparently it's amusing and maybe even comforting to see things go wrong for someone else. i like to keep things real and honest here, which is why i share the mishaps. no way am i a quilting expert who turns out flawless finishes. my quilting experience is a study in mistakes! but i think i am living proof you can continually make mistakes and still turn out usable, maybe even likable, quilts.

here are a few gems from when i quilted "bloom where you are planted" over the course of a weekend. i'm still not sure if i had an unusual number of problems occurring or if it just seemed that way because i sewed a lot more in a shorter space of time. i documented them as i was going on instagram, much to the amusement of several friends.

here are photos i took with the real camera as i went along: 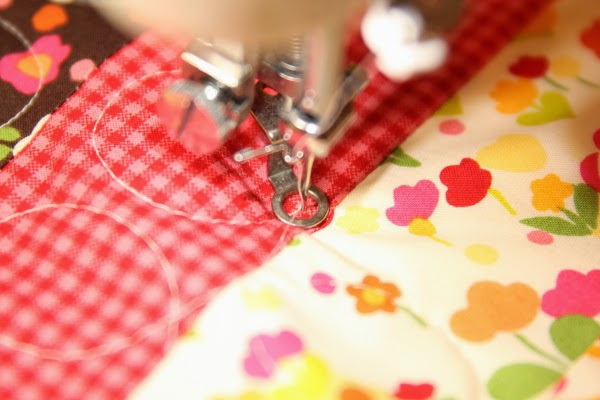 somehow i managed to move my fmq foot under the thread of a very large stitch and then sew over that thread, by one stitch, before i stopped. in effect, i sewed my foot to the quilt top. genius! if this was a required technique, i'm sure i'd never manage it.

in a fmq craftsy class i took from leah day, she said if your stitch wasn't big enough to catch your toe in and trip on, then you should leave it. i wonder if being able to fit your sewing foot under it counts as big enough for catching your toe? 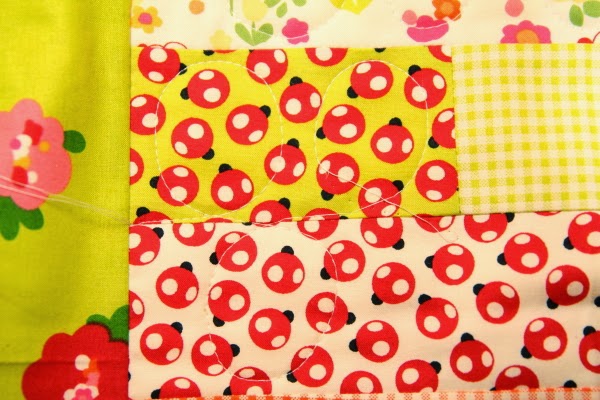 don't you just loathe when you barely get started quilting and then your bobbin thread runs out?! right after i had fixed a messed up spot, i got moving again only to have my thread run out three loops into the row. and when i wound the bobbin, i accidentally wound the thread under the bobbin on the spindle rather than on the bobbin. that was a big mess and further delay, too. (the photo didn't turn out so you'll just have to imagine it.) 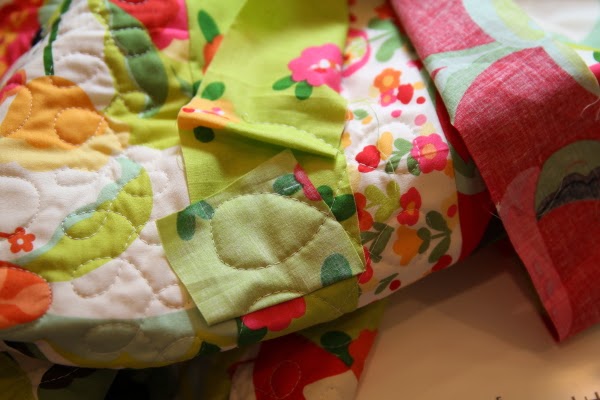 my biggest trick i pulled off may have been sewing my foot to the quilt but sewing this tail of fabric to the back of the quilt took a lot of untapped talent, too. see, the backing had three vertical strips sewn into it and one of them was about a foot longer than the rest. i was too lazy to cut it off before i started quilting. this is a reminder why you should always trim the back properly before attempting fmq. 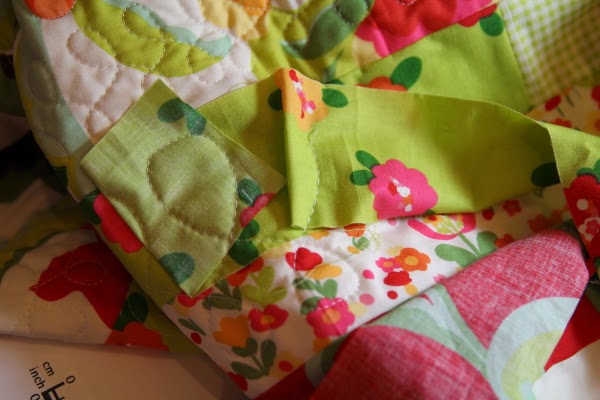 well, that particular loop there was looking flat on the top anyway so it was a good excuse to have to unpick and resew that portion. i considered leaving it on the back for a "design feature," a sort of raw-edge ruffle on the back, but decided that loop really needed to be redone. so out it went. and the tail got trimmed immediately.

looking back at these photos, it doesn't seem like much at all. in the grand scheme of things, it wasn't. that's the point. it took me some extra time, but everything got fixed and the quilt got finished, even on deadline to be delivered to it's owner.

so when you mess up, just fix it and keep moving on.
think of me and laugh a little, too.
Posted by hydeeannsews at 5:00 AM