quilting on the road in alaska

We did a lot of summer travel on the Pacific coast this year. It started pretty far south in Puerto Vallarta, Mexico; then we were in various places along the central California coast;  and our final trip was to Alaska, much further north.

For the two and a half weeks we were in Alaska, I brought along 3 handwork projects to choose from. I had “Mildred and Ethel" with me in my carryon on the plane flight, but I’m pretty sure I just nestled under it rather than actually getting any more stitching done. (Why are planes always so cold?)

(And for the record, I completed War And Peace while we were in Alaska, so Book Beat Quilt in the showdown this summer.) 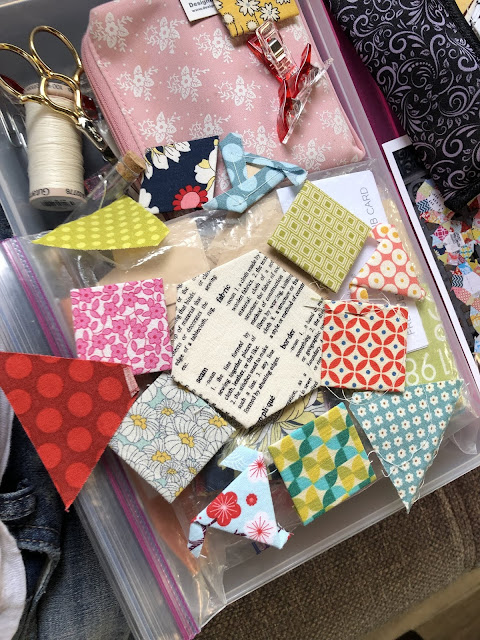 We were driving around Alaska in an RV, which afforded plenty of time for handwork. I dug out my old epp project, which was started 6 years ago on a summer road trip, and has been on many since.  I almost think I need to rename this project something like “wanderlust” or “on the road”, but I haven’t hit on anything that sticks. It’s been with me throughout the PNW, on a backpacking trip in Yosemite Natl Park, San Diego, to Florida, all over the South, and I even worked on it in Edinburgh (but not the rest of the UK) two summers ago.  You can see some of that if you look at its hashtag on IG - #londonwardrobeepp. It’s a quilt with some miles on it!

I am thinking it might have been a good idea to stitch the location where each block was made into the hexi center of each wheel, but it’s kind of too late for that.

Whenever I start a new block, I always lay it out and then photograph it for reference until it’s finished. No matter how carefully I lay it out, inevitably something disrupts it before its complete, so the photo is nice to have. 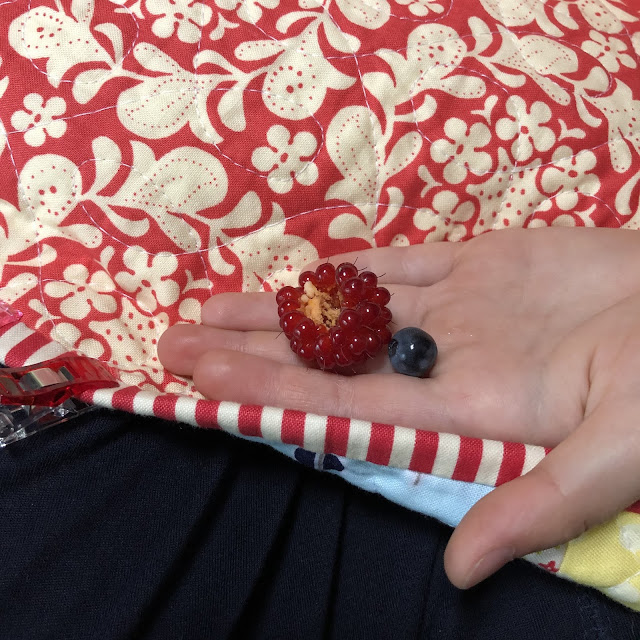 Whenever I got tired of epp, I switched up to handbinding on “Maude’s Chevron Peaks” quilt. I even slept under this quilt most nights in the RV, binding clips and all. We got quite cozy together in Alaska.

My youngest daughter had great fun foraging for berries of all kinds whenever we hiked or were outdoors. The salmon berry and blueberry she brought me one afternoon went with the colors in Maude quite nicely. 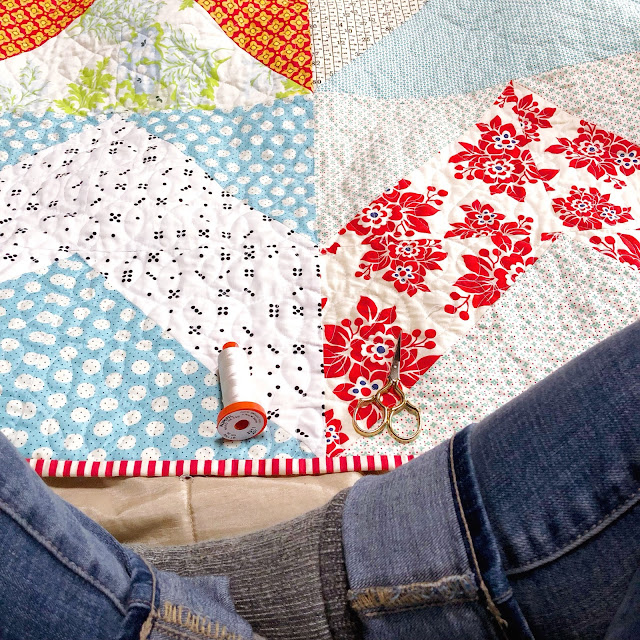 Alaska has my kind of summers. I was in wool socks, jeans, and a hoody, able to cuddle under a quilt almost every day we were there. 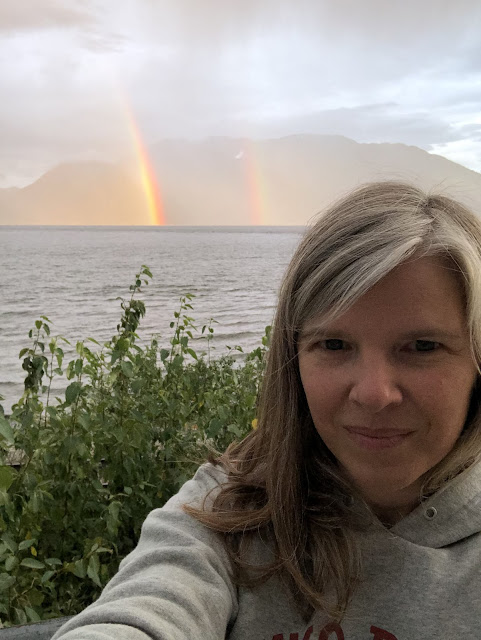 The natural beauty in Alaska is nonstop. It’s a rough and rugged place, but so very beautiful. 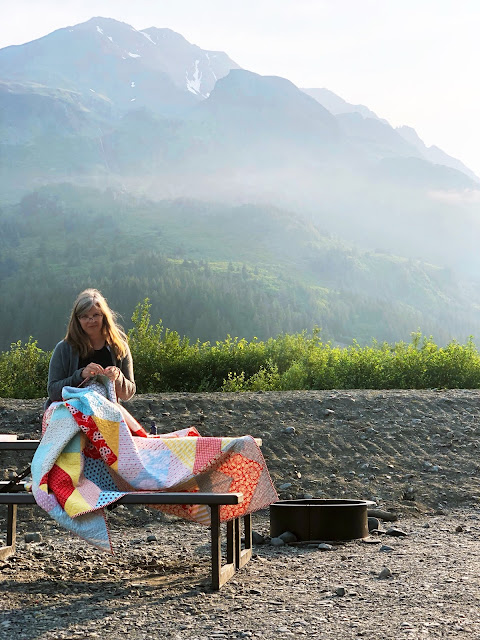 One of my favorite quilt memories from this trip was when we were staying in a KOA park outside Seward on a Sunday. I sat myself on the picnic table at our site to stitch. The views were breathtaking. 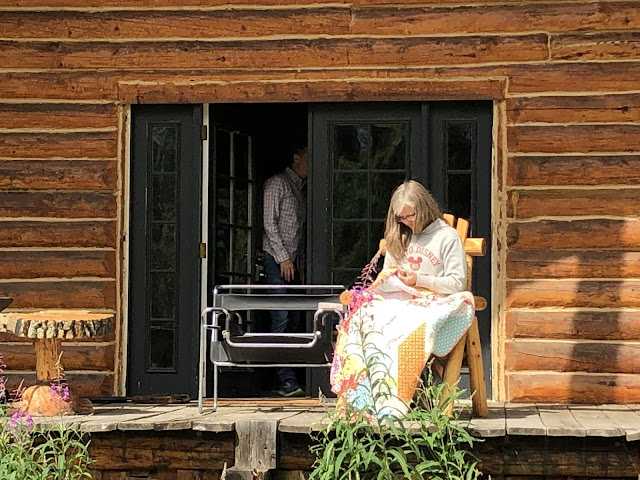 Another favorite spot was a cabin we rented in Denali for two nights. Two and a half weeks straight with 9 people in an RV was a bit much, so we broke it up by getting a cabin or hotel every so often. This really rustic cabin had a great porch for stitching on.

The Alaskan summer nights have sun that lingers and lasts well into the final hours of the day. I was out on that porch stitching well past 10pm one evening.

I love that the memories of this trip have become part of these quilts' stories.

I nearly completed Maude while on this trip, but didn't quite get there. Alaska would definitely have been a cool place to photograph a quilt finish, but Maude didn't feel very Alaskan to me, so I wasn't determined to do that. If I'd been in the South or somewhere farm-y, Maude would have fit right in. I'm content that I worked on and used it during this trip.

The colors (greens, grizzly brown, stone, fireweed purple, white snow and flowers, blues from glaciers, water, and sky) would make a fantastic quilt all on their own. Maybe someday that inspiration will come out in a quilt.
Posted by hydeeannsews at 9:41 PM